Doctors are caught between a rock (prescribing appropriately) and a hard place (patient satisfaction scores) when it comes to denying patients prescriptions for drugs they really want—especially opioids.

CMS recently announced that they will remove questions related to pain from the hospital consumer assessment of healthcare providers and systems (HCAHPS), commonly known as the patient satisfaction survey. This means that hospitals can continue to use the questions to survey patients about their inpatient pain management experience, but these questions would not affect the level of payment hospitals receive. This is a big victory for patients and the house of medicine.

Here is the story behind the announcement. I, along with several leaders in the prescription drug abuse epidemic, have been advocating for this for the past 4 years. We said that patient satisfaction scores are a barrier to safe prescribing. How can you tell a patient, “No, I can’t give you more pain medication,” when you realize they are going to complain, take it to administration, report you to the medical board, give you bad Yelp reviews, and give you bad patient satisfaction scores. It is much easier to say ‘Yes’ than to say ‘No’. CMS is currently using these scores for hospitals but next in line are emergency physicians, followed by the rest of the medical community.

For the past 4 years, I have talked about the problem with the satisfaction scores. Some of the stories that explain the problem include a hospital CEO who threatened an emergency medicine group that if they don’t improve their patient satisfaction scores, their contract would be in jeopardy and their jobs on the line. They were not told to prescribe more drugs, they were told, “get your scores up, I don’t care how.” A medical director of a primary care group, who is very proud of their high scores, admitted that they follow safe prescribing guidelines but some physicians don’t, and explain that patient satisfaction is a higher priority. A survey of medical directors at 20 different hospitals stated that most agreed that patient satisfaction scores are a barrier to saying no to patients who were demanding drugs.

My own experience is of a patient who threatened to get me fired for not refilling his pain medications from the emergency department. He said he got other doctors fired and he vowed to do the same to me. Sure enough, he sent a letter claiming unprofessionalism, rude behavior, and “I’ve never been treated this way before.” My reply was I would rather have a patient blackmail me, threaten me, and give me bad patient satisfaction scores than have a dead patient. Was the hospital going to promote patient satisfaction scores over compassionate safe prescribing?

The tyranny of bad data

The issue of satisfaction scores is an emotional subject for many physicians. When I speak about it at conferences, there is outrage how something so unscientific can be used against them. Such data would never be allowed in any medical journal but is used to grade our performance and given the highest importance.

In January of this year, CMS held a webinar to address this concern. They specifically stated that,

“HCAHPS is designed and validated only for INTER hospital comparison, not comparison of wards, staff, etc. HCAHPS questions are not tailored for individual physicians, nurses, or other staff. CMS strongly opposes use of the HCAHPS Survey to identify individual providers.”

But when hospital administrators were shown this information, they said the webinar is not going to change anything. When $2 million a year is at stake due to HCAHPS scores, physicians will continue to get individual scores on a regular basis. How else can they improve the scores?

I am very proud of our advocacy efforts. I was told that CMS would never change. Measuring the patient experience is part of the Affordable Care Act. The ACA requires measuring the patient experience, although there is no mandate to link money to the scores. The AMA, CMA, and ACEP stated that this battle has been lost. But people were dying, and government needed to do their share in fighting the epidemic.

I spoke to the director of the National Drug Control Policy of Senator Diane Feinstein’s office, Director Michael Botticelli, and leaders at CDC. I wrote resolutions that were passed by CMA and ACEP to oppose financial incentives on satisfaction scores that were not evidence-based. And most importantly, I gained support of the parent community that is behind the fight of the opioid epidemic.

The parents who have lost sons and daughters to prescription drugs are similar to the Mothers Against Drug Driving. They have a strong voice. They were outraged that a doctors pay can be linked to how happy their patients are. They would much rather have their son or daughter angry at the doctor for denying a prescription and be alive today.

We are fighting an epidemic where we need to change medical culture. Seventy-eight Americans die every day from an accidental opioid overdose. We need to undo the past 10 years of medical education where physicians were told they were undertreating pain and needed to prescribe more. It is very hard to RE-educate. It is even harder if there is money involved that can push the wrong decision.

Being a physician is more like being a parent rather than customer service at Nordstrom’s. Sometimes the best parent is the one who says no and is strict rather than being permissive. Can you imagine giving your teenagers apparent satisfaction scores after you discipline them for being caught drinking alcohol or something else?

Thank you to all the advocates in the medical and parent community who helped make remove the satisfaction score barrier from safe prescribing.

Roneet Lev, MD FACEP graduated from the University of Texas Medical School in San Antonio and completed her emergency medicine residency training at the University of California San Diego. She is dually board-certified in emergency and addiction medicine, bringing over 25 years of experience treating the frontline cases of addiction.

She is a nationally acclaimed medical expert and speaker who continues to treat patients in the emergency department and hosts a podcast titled High Truths on Drugs and Addiction. Hightruths.com is a podcast and a movement in bringing relentless advocacy to unify addiction medicine with mental health and physical health. Dr. Lev fights for her patients, the American public, and communities. She brings out-of-the-box solutions to the prevention and treatment efforts on addiction.

She served as the first Chief Medical Officer for the White House Office of National Drug Control Policy from 2018 – 2020.

Dr. Lev’s medical publications known as the “Death Diaries” studied the details of prescription patterns of people who died from accidental medication drug overdoses, giving insight to the causes of overdose and directing prevention efforts.

• Her program on Safe Prescribing in the emergency department won the 2014 National Association of Counties award.

• Dr. Lev served as President of the California Chapter of the American College of Emergency Physicians in 2000.

• Dr. Lev served as President of the California Chapter of the American College of Emergency Physicians in 2000.

• In 2012, she established and chaired the San Diego Prescription Drug Abuse Medical Task Force. The first of its kind in California that integrated physicians of various specialties along with hospitals, law enforcement, hospital administration, treatment programs, and public health for the purpose of decreasing deaths and mortality from prescription drugs.

• She is Founder and President of IEPC.org, Independent Emergency Physicians Consortium, an organization providing collaboration to independent emergency departments in California.

• She is one of the founders of an IASICI.Org, Internation Association on the Science and Impact of Cannabis and established a medical library that is accessible to the lay public.

Dr. Lev continues to practice medicine on the front lines and consults on clinical medicine and health policy. Dr. Lev uses data to drive change and is frequently quoted in print and television media.

She is an energetic leader with a passion to assist communities in preventing and treating addiction. She continues to practice medicine on the front lines and consults on clinical medicine and health policy.

Dr. Lev is a proud mother of 4 children. In her free time, she enjoys hiking and training her new German Shepherd puppy. 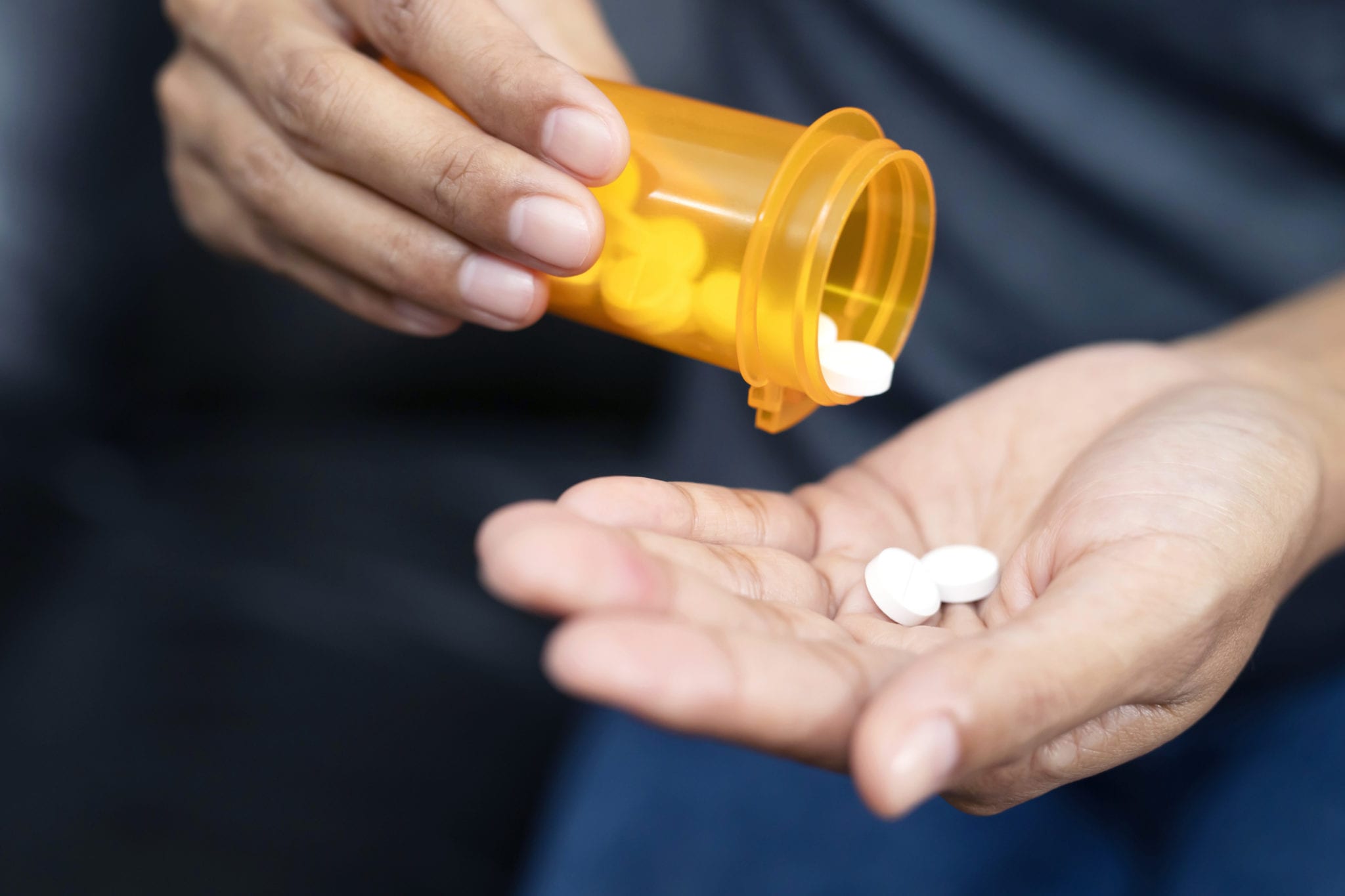 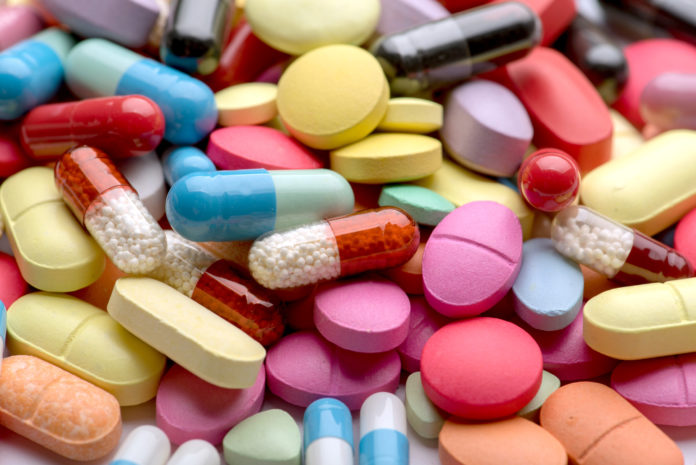