Do You Know the Health Risks of Driving? 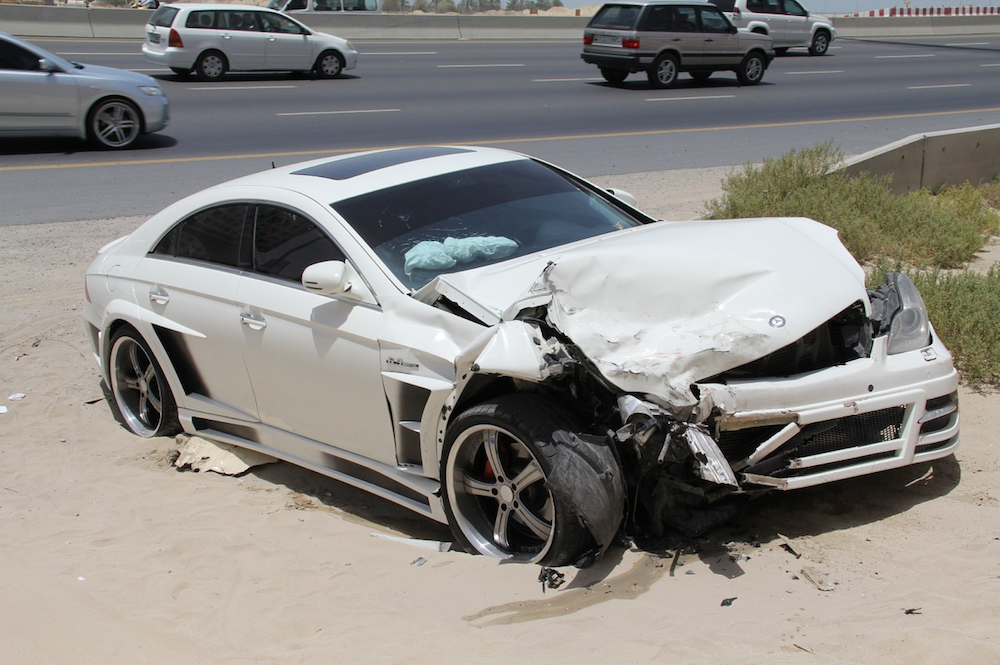 We don’t typically think that much about driving being the single most dangerous thing that we do every day. For the majority of us, hopping into the car to take the kids to school, drive to work, or run a few errands is second nature. Thoughts of being in a serious accident or suffering any injuries while in the car seem like they won’t ever happen to us and often take a backseat to more pressing matters, such as making it to a friend’s birthday dinner on time.

With this in mind, getting into a vehicle for any amount of time seems a little crazy. One estimate indicates that you are 24 times more likely to die in a car accident than skydiving. And that number does not take into account many of the more nuanced issues that arise from so many drivers on the road.

The Risks We Hear About

If we do take time to think about driving risks, our minds almost immediately flock to the obvious risks of driving — things like getting distracted and running a red light, being hit by another driver that isn’t paying attention, or sliding off slick roads into a ditch. These are often the most damaging car-related issues, and the most directly linked to vehicles specifically.

Many of these issues aren’t going away no matter how many public awareness campaigns take place. For instance, the number of drivers testing positive for being under the influence of drugs in fatal accidents almost doubled between 2005 and 2015. Although a variety of safety messages discussing the dangers of using technology and driving are prevalent, many drivers still feel inclined to send text messages while on the road.

Speeding is another serious risk that often isn’t taken very seriously by drivers. Almost 90 percent of drivers admit to speeding on occasion, 40 percent of whom have sped 20 miles or more over the speed limit. These are scary statistics considering upwards of 40 percent of fatal rollover accidents involve drivers who were speeding and didn’t have time to react quickly enough to avoid an accident.

The Risks We Don’t Hear About

Accidents, whether they are our fault or not, are typically the result of the risks we hear about when it comes to driving. But there is a whole underlayer of health risks of driving that many of us don’t think about at all. These risks include things such as air pollution, noise pollution, as well as increases in anxiety, stress, and blood pressure levels, and chronic lower back and/or knee pain. Driving also contributes to a few other negative things such to a rapidly changing climate and a loss of approximately an hour of our time each day for commuting.

The World Health Organization estimates that road traffic is the single largest source of noise pollution in cities. Although many people shrug their shoulders at this information, high exposure to noise pollution has been linked to hypertension, higher stress and anxiety levels, hearing loss, a lower ability to focus, and a reduction in sleep quality. When added up, these are all pretty serious health risks.

Driving-related stress and anxiety is nothing to shake a fist at either. Some studies have indicated that stress and anxiety caused by excessive time spent in vehicles actually lowers our job and life satisfaction and can increase depression risk. Long commutes are also correlated with more sick days and hospital visits and is shown to lower tolerance and empathy of others within your immediate vicinity.

Related Content: How to Tell Your Senior Parent It’s Time to Stop Driving

Tech to the rescue?

It is hoped that at least some of the risks associated with driving will be alleviated by technology in the coming years. Technological developments such as driverless cars are expected to begin entering the marketplace and become more mainstream within the next 20-30 years. Many hope driverless vehicles can greatly reduce the most obvious risks associated with driving, such as car accidents, and buy back some of our free time.

To be fair, some level of driverless-ness has existed in our cars since the 1950s, when the first cruise control design was patented. Although less than 20 percent of U.S. citizens would currently trust a driverless car on the road, nearly 61 percent are ready to have at least one semi-autonomous feature in their next vehicle. These features include things such as adaptive cruise control, lane departure warnings, and self-parking technologies.

Experts estimate that up to 90 percent of all traffic accidents can be avoided by putting driverless cars on the road and removing humans from the driver seat. Accidents caused by things such as drunk driving distracted driving, speeding, and not following other traffic laws will be basically eliminated. Furthermore, these vehicles can be optimized to reduce emissions by up to 60 percent and reduce stress-inducing traffic congestion substantially.

Benefits of the alternatives

In addition to the development of driverless cars to reduce driving risks, a greater number of people are simply opting not to drive at all. A recent Gallup poll suggests that although nearly 83 percent of people in the U.S. drive frequently, only 34 percent “enjoy it a great deal.” More and more teenagers and young adults are not even bothering to get a license, citing the availability of ride-sharing services, public transportation, and the huge time, money, and risk commitment associated with becoming a licensed driver.

Opting out of driving can have a number of substantial benefits from a health perspective. Those who don’t drive are more likely to walk or bike where they need to go, which has obvious health benefits associated with exercise such as lower blood pressure, increased metabolism, better cardiovascular health, and reduced stress, among other things.

Choosing to walk or bike can also be an enjoyable experience in that it provides an opportunity to more fully explore a city, whether you are traveling in it or living there. Many of those who walk or bike report actually seeing more of the small businesses and culture of an area. Some small businesses have reported an economic boon from pedestrian traffic that isn’t seen in shops situated along roads that are unfriendly to walkers and bikers.

The bottom line on the risks of driving

Overall, driving has a whole truckload (no pun intended) of potential risks. There are risks associated with distractions, breaking laws, and driving under the influence — namely the risk of an accident. But there are also numerous other risks with driving such as pollution, stress, and chronic pain. Alternatives to driving are coming in many shapes and sizes from driverless cars to opting out completely. Either way, they are welcome developments when it comes to our health.