Pain in the Hamstring? Here’s What You Need to Know 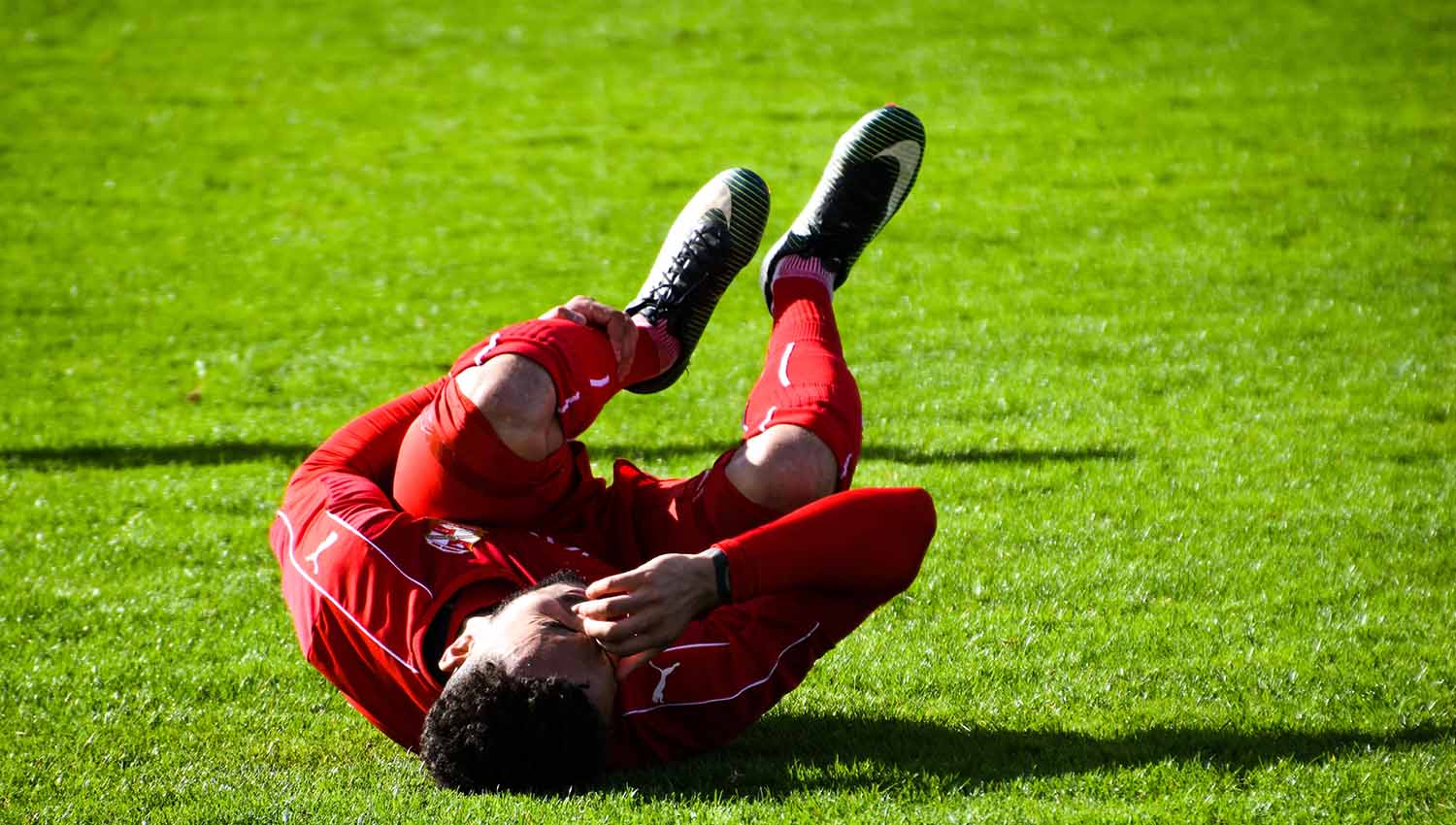 Hamstring stretch injuries are really annoying and painful – if you’ve ever felt that sharp pain in the back of your leg or seen someone pull up while running and grab the back of their leg, you know what I’m talking about.

Unfortunately, hamstring injuries are the most common cause of lost training and playing time in activities that involve running1. They take significant time to heal and rehabilitate and are notoriously sensitive to re-injury. The average rehab and return to activity timeline following a hamstring injury is about 2 weeks, at a minimum,2 and in certain sports, like soccer, the average time lost has been pegged at nearly 20 days.3

Additionally, hamstring injuries have been shown to re-occur in more than 30% of athletes, with some studies reporting rates as high as 70%!4–7 Most recurrent hamstring strains take place in the first 2 months after return to activity, but the increased risk still exists thereafter.8–10  In one study, that persistent re-injury risk was 3 times greater for an injured athlete than a non-injured athlete for up to one year after the initial injury.11

For these reasons, I emphasize hamstring injury prevention with each and every client involved in any sort of running activity– whether that’s team sports, sprinting to catch the bus, individual sports, runners, weekend warriors, and so on.

The basis for hamstring injury prevention is what I call functional training – understanding which function of the hamstring stresses the muscle the most and then implementing a training program to build endurance and strength specific to that function.

The key function of the hamstring

The main function of the hamstring is to slow down your swing (lead) during the phase of the running cycle known as “terminal swing phase”, in other words right before the forward leg touches the ground. 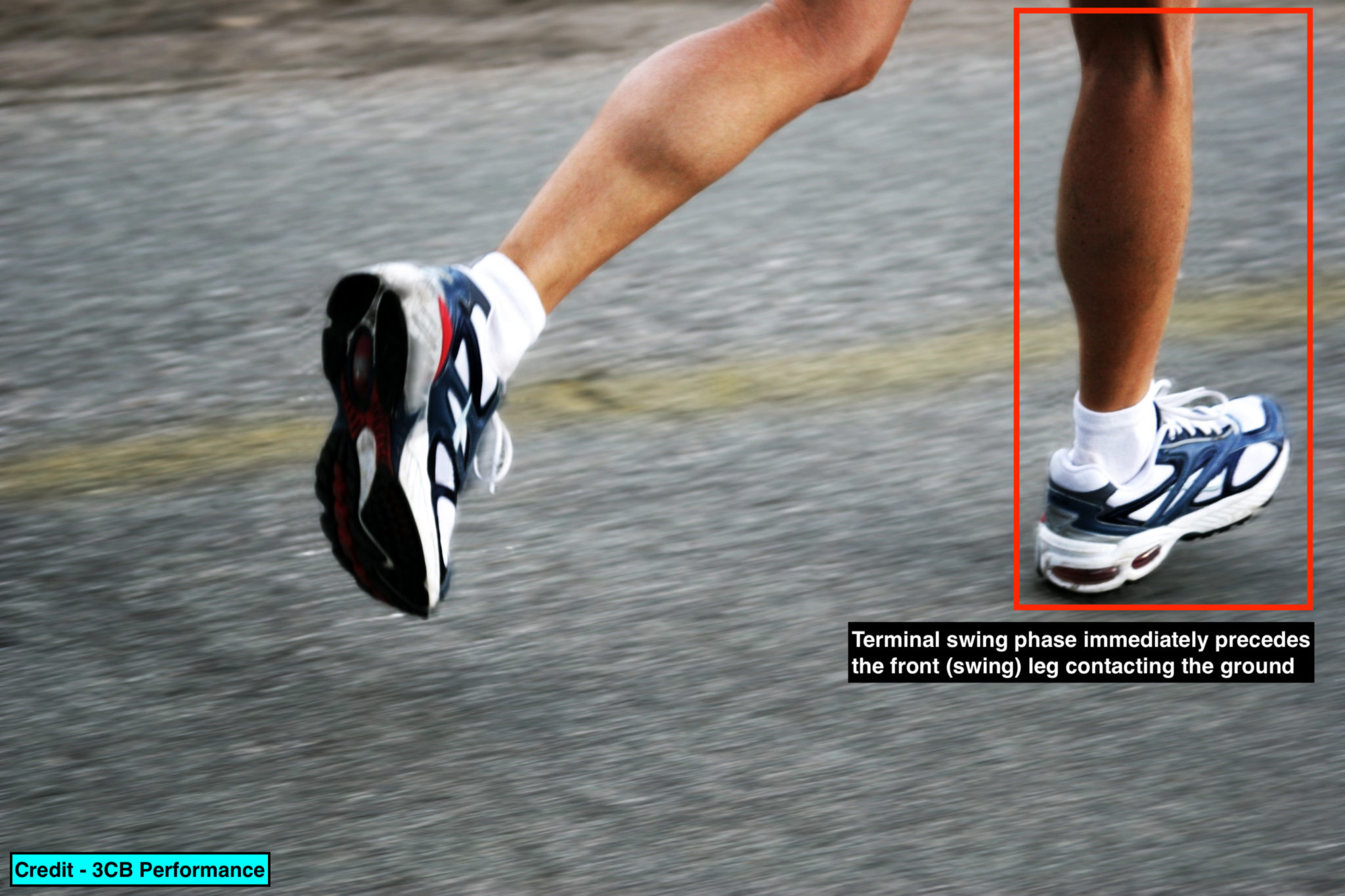 This helps control the swing leg and put it in a better position for the next phase of movement while decreasing the amount of force (think: shockwave) that goes up through your foot and leg. In order to “brake” the swing leg, the hamstrings “eccentrically contract”, in other words, they contract while lengthening. This is termed “eccentric control of knee extension”.

This picture does a good job of explaining eccentric contraction using the biceps muscle as an example: 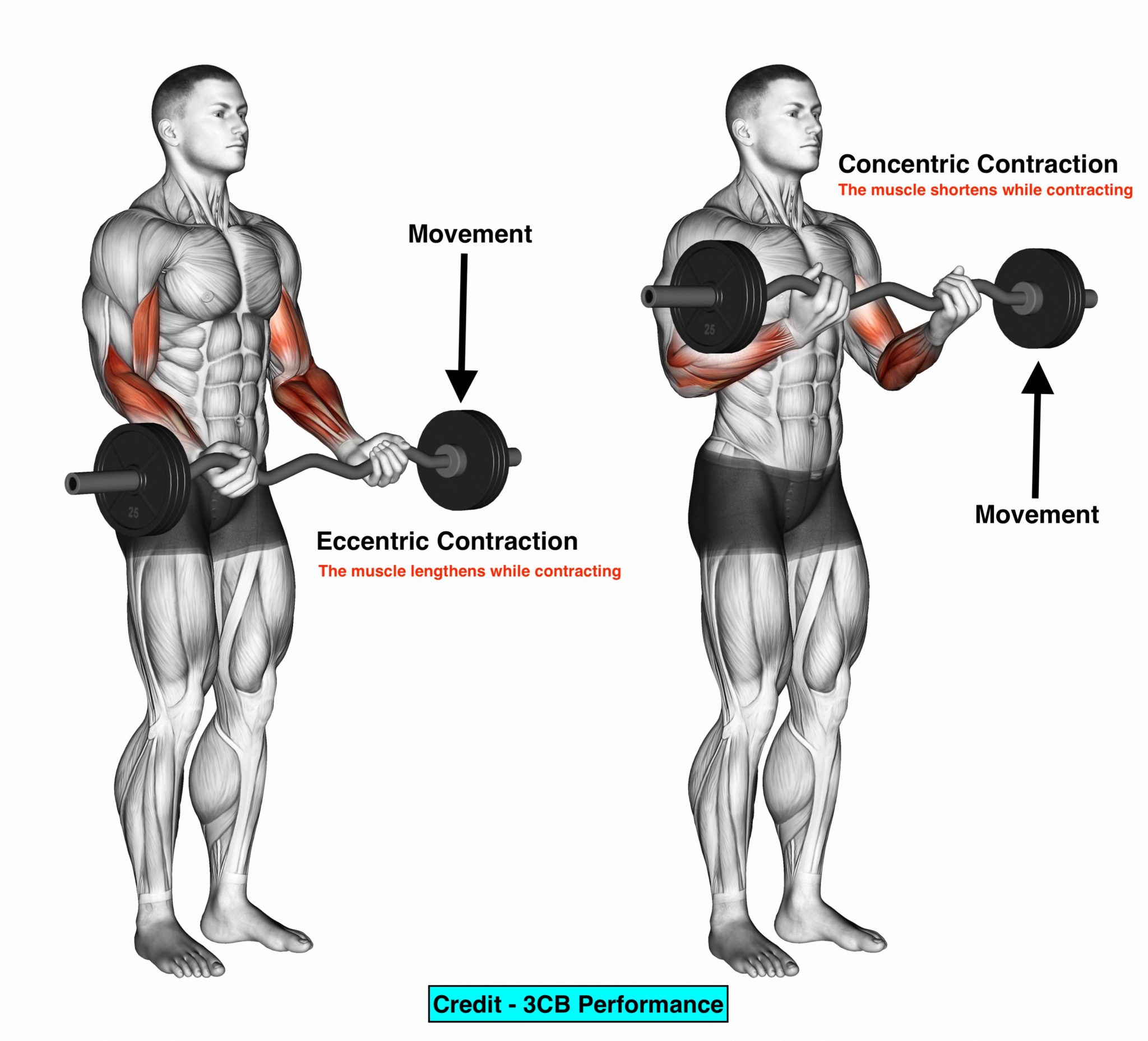 And here’s an anatomical representation what a hamstring looks like in terminal swing phase: 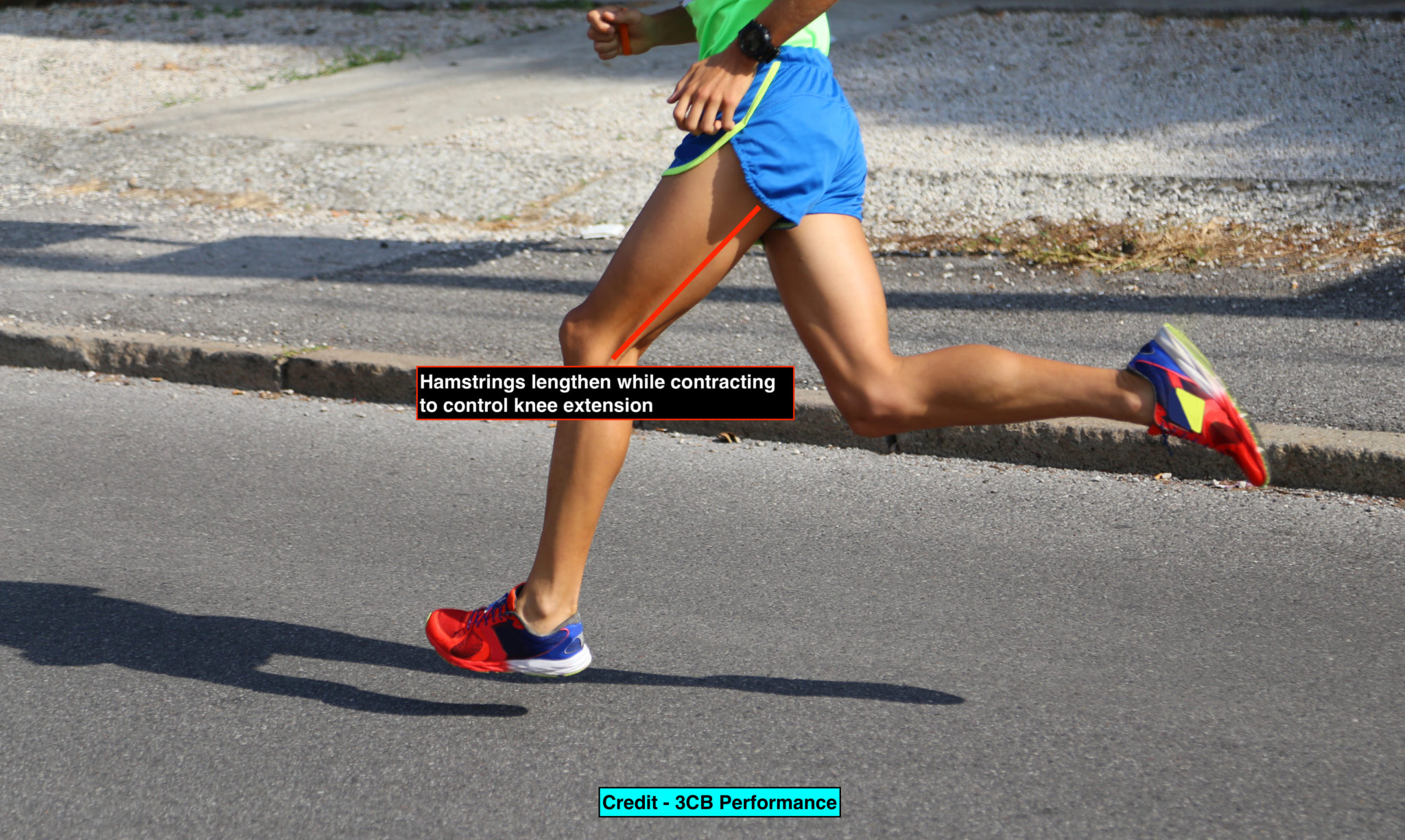 This eccentric control phase places the highest stress on the hamstrings of any movement12,13, and evidence shows hamstring injury is most common during this phase.14–16  Therefore, the goal of functional training is to improve the hamstrings’ tolerance of and ability to withstand this kind of stress.

Which brings us to…

Eccentric strength training has repeatedly been shown to prevent hamstring injuries17–22. For activities that involve sprinting, such as soccer, it’s been shown to improve speed and performance as well.19,22  The exercise with the highest level of evidence is the Nordic Hamstring curl17,20–23, with large-scale interventions showing a decrease in hamstring injuries by upwards of 50-70%!20,21,23,24 .  For a video of the Nordic Hamstring curl and detailed instructions, click here (https://exrx.net/WeightExercises/Hamstrings/BWHamstringRaise)

The Nordic hamstring curl, by itself, is a very powerful tool for preventing hamstring injury. However, recent research by Bourne et al25 shows that the Nordic Hamstring curl focuses predominantly on only 2 of the 4 hamstrings muscles – the semitendinosus (ST) muscle and biceps femoris short head (BFSH) muscle. 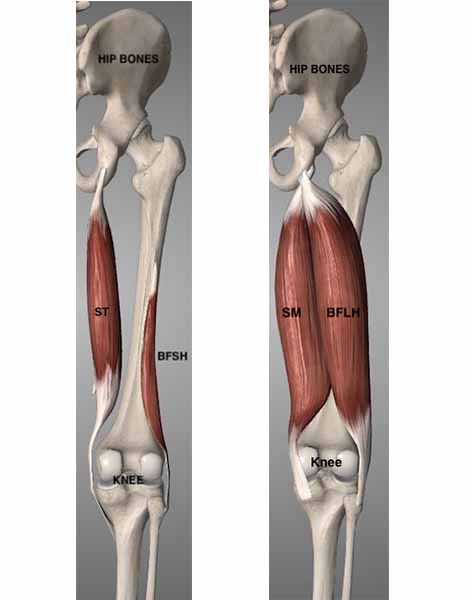 Based on training protocol evidence17–24, here’s the training plan & progression I created and use with my clients. It is a 10-week, incremental progression program that looks like this:

A couple things to note:

If you feel any sharp pain during the exercises, stop. Try decreasing the reps or weight and if that doesn’t help, don’t proceed further. Additionally, you shouldn’t feel any sharp pain in the days afterward.  You will feel some soreness – especially if you haven’t trained in your hamstrings in this way before – but that’s completely normal.

With that in mind and the dosage set, when should you do this training? I recommend adding the regimen to the end of your leg workout routine. If you’re working legs twice a week, then add it whichever day is less strenuous. If you don’t have a leg workout routine, then we need to talk. Additionally, give yourself a 2-day gap before or after a big run or match. This gives your legs time to recover and buffers against muscular overload and fatigue.

Prevention is the best medicine

Prevention truly is the best medicine for the hamstrings due to the substantial rehab time and high rate of re-injury. This 10 minute, 2 exercise eccentric strength training program can save you considerable time and anguish for a low amount of time and energy investment – no need to move around your entire schedule or worry about a whole other workout. It’s efficient, effective, pragmatic, targeted training. That’s my kind of high ROI program.

Give it a try and let me know how it goes.  If you have any questions, feel free to contact me.  Here’s to a life free of hamstring pain and annoyance!

Dr. Rajpal Brar, DPT, is the founder & owner of 3CBPerformance, a health and wellness clinic in West Los Angeles, and The Injury Insight, a sports injury blog/resource. He received his Doctorate from Northern Arizona University (NAU), prior to which he was involved in business and marketing strategy after graduating from the University of California Berkeley with a BA in Business and BS in Social Welfare. He considers himself to be a coach at heart – combining his 3 passions of education, sports, and helping others. He also writes for Grandstand Central and Stack.com.  His goal is providing easily digestible, relatable, and practical information. When he’s not writing or in the clinic, you can find him in a weight room, basketball game, or beach somewhere.