What is the anatomy of a good doctor? How can you find a physician who heals with the head, heart, hands, and human instinct?

When you’re sick and scared, the sea of information on the Internet about your disease can be overwhelming. What can you believe? Now more than ever, patients need to feel empowered. They need a compassionate interpreter who can distill the world of Google and WebMD into something understandable, manageable and relevant.

They also need someone who will advocate for their best interests in a system that isn’t always set up to put them first. This is true whether those interests mean intervention, watching and waiting, or simply providing a listening ear. I’m on a journey to find these physicians, to share their stories with you so you know what to look for in a good doctor.

I’ll start with Rick Flinders, who was a year ahead of me in my family medicine residency. I remember his kindness, patience, and compassion with everyone, and especially for patients.

A family physician who heals with his heart 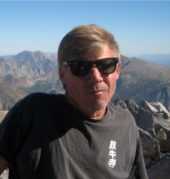 One day, Dr. Rick Flinders was doing his normal morning rounds at Santa Rosa’s Sutter Medical Center. As a family physician, he sees a wide range of cases. He reviewed his patient roster for the morning: an older woman with a broken hip, a middle-aged man recovering from a heart attack. Then he paused. Next on the list was a 26-year-old woman with end-stage heart failure. He knew who she was before even looking at the name.

Jeannie had been in and out of the hospital dozens of times due to a meth habit that started when she was 13. Over time, due to her chronic use, she’d developed end-stage toxic cardiomyopathy—a major deterioration of the heart muscle.

He walked into the room and looked at her, lying quietly on the bed. She was thin and fragile, with a ballerina’s delicate features. “She was a dead ringer for my own twenty-six-year-old daughter and exactly the same age. They could have been twins. There’s this girl dying of heart failure, and she looked just like her,” Rick remembered.

This could be my daughter

Rick turned to his resident, who accompanied him on training rounds. “This could be my daughter,” he said.

The resident nodded, knowing Rick had a grown daughter but not fully grasping the gravity of his words. Rick’s daughter had recently emerged from a cocaine addiction—a hazard of work as a career ballerina who needed to stay relentlessly thin. She was a year sober.

Rick met the gaze of Jeannie’s mother, who was standing at her bedside. She’d been through this many times before.

“At that moment,” recalled Rick, “I could imagine what this mother had been through, and couldn’t help but feel her grief and her pain. And I had to tell her that her daughter was probably going to die.”

Jeannie didn’t die, though. She was released from the hospital and made plans to live with her mother and move out of her boyfriend’s apartment. At that point, her boyfriend had become little more than a drug buddy.

Her mother welcomed her home, and slowly Jeannie regained her strength. With Rick’s guidance, she enrolled in a rehab program and got one month sober. Then two. Then three, four, and five. At six months, she was strong enough to be considered for a cardiac transplant, so long as she tested clean.

Rick thought of his daughter, who had resumed her successful ballet career. Jeannie could make it, too. He kept in touch with her mother regularly, who reported that Jeannie was doing well and had cut off contact with her drug friends and had broken up with the bad boyfriend. She was ready for a transplant and committed to her sobriety.

He began to put paperwork in place for her to undergo surgery, provided she continued to pass her drug tests.

Then, at six months sober, on the brink of surgery, she relapsed.

“We deal with this every day in medicine. Multiple heartbreaks,” said Rick. “There were so many feelings that I went through, as a father, from my own experience. I struggled to keep my professional demeanor.”

Each time, Rick hoped she’d get six months sober, enough time to get a heart transplant. Maybe then she’d turn her life around. Maybe then she’d have another chance. “With each success, I got my hopes up,” said Rick. And each time she returned to the hospital, he was crushed.

Two years later, when he walked through the door to see Jeannie again, he dreaded what he’d have to tell her mother: Her surgery had been denied. There were too many relapses, too many false starts and hopes. She wouldn’t get a transplant.

Instead, he sent Jeannie home for hospice care, and he made a final house call before she died.

“We need to understand the boundaries of the doctor-patient relationship, but also the power of that relationship,” Rick said. “The power is that we are human. It was a challenge not to act like Jeannie’s father, but it was important that I could talk to this mother as a parent.”

It was easier for Rick to transcend the traditional doctor-patient relationship thanks to his personal connection with Jeannie’s illness. This isn’t the case for many doctors because we’re not taught about narrative medicine. We’re not taught how to reasonably filter and communicate our own experiences to soothe a patient’s mind or help them sort through options specific to their lives.

Sometimes a patient asks, “Who would you send your own child to? What would you tell your mother to do?” This prompt is important: We need stories that humanize us. The problem is, this type of conversation isn’t taught. We’re taught how to catheterize a coronary artery. We’re not taught how to relate to people.

Related Content:  Trust is the Essence of the Doctor-Patient Relationship

Doctors are always in a hurry

“Everything in our profession augurs against reflection and personal attention,” said Rick.“I like to ask my residents: ‘When’s the last time you weren’t in a hurry?’ Often, they can’t remember. I try to explain to them that the quality of our lives diminishes in accordance with how fast we move, think and act.

Sometimes, as doctors, we HAVE to move fast (and we better know how). But most of the practice of medicine is not an emergency. Hurry becomes an involuntary habit, not a conscious choice, and our patients are the first to notice. We’re in such a hurry when seeing patients, we’re almost afraid that the patient is going to tell us something meaningful that delays us from moving on to the next one.”

Doctors do have a trick for making patients feel like they’re getting more attention. They sit down. “If a doctor is sitting, patients overestimate the time spent by a factor of two. It conveys a different message,” said Rick. He encourages residents to close their charts (or computers) for a moment and have a seat, putting the chart deliberately out of reach.

Related Content:  Getting Your Doctor to Really See You

Then, he suggests asking the patient “an unscripted question”—not about his health, but about anything. Family life. The news. A hobby.

“In our program, we call it Ascriptus Humanis, and we include it right there in the patient’s history. We didn’t invent this; we got the idea from Atul Gawande.”

So often, doctors become mythologized as fleeting magicians who barely have time to sit down and speak, let alone to heal, a byproduct of a system that requires speed.

“What patients want more than anything else is our attention,” said Rick. “The experience of having their story heard is part of the healing, part of the therapeutic part of the relationship.”

How do you find a physician who heals with the head, heart, hands and human instinct? Start with your story.

Related Content:  What to Do When Your Doctor is Distracted

Rick asked his daughter for her thoughts on this article before I published it. She replied, “Go for it. Absolutely. I trust you and am all for writing and speaking truth. You got my go-ahead.”

Love our content?  Want more information on Human Instinct, Well Being, and Healing?  SIGN UP FOR OUR WEEKLY NEWSLETTER HERE**