The Good, the Bad and the Ugly of Energy Boosters 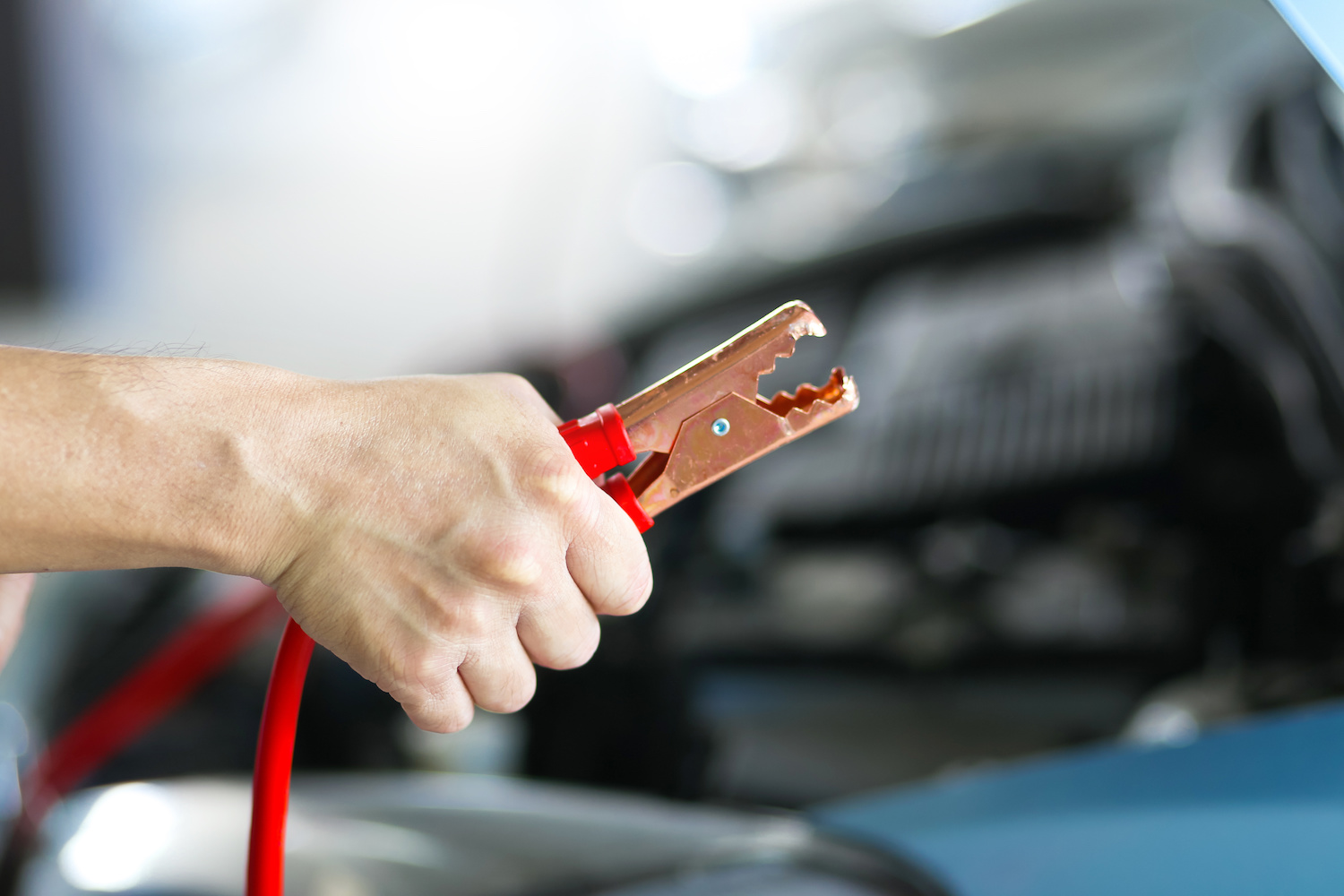 Today’s fast-paced world is a perfect storm of factors that sap our energy. Americans are working longer hours, getting less sleep, more connected to technology, and leading increasingly sedentary lifestyles. It’s no wonder that the demand for energy boosters – products that boost alertness and reduce fatigue – has blossomed into an industry that’s projected to grow from 44.9 billion dollars in 2015 to 62.7 billion in 2020.

While the energy-boosting product landscape is broader than ever, not every solution is one-size-fits-all. Some of these supplements and products have raised health concerns following repeated use, while others don’t appear to offer any demonstrable benefit at all.

Are you looking to boost your energy levels and increase your productivity? Read on to find out what works, what doesn’t, and what might help you lead a healthier, more energized life.

Caffeine is the most popular and widely used drug in the world for many reasons. Whether you’re consuming caffeine in the form of tea, coffee, or as an additive, caffeine has been routinely proven to reduce fatigue and promote alertness.

It’s also widely available and is virtually unregulated globally, making it both an effective and accessible stimulant. In 2014, 85% of American adults consumed caffeine, with an average daily intake of 164 mg.

Throughout the day, a nucleoside called adenosine builds up in our bodies, effectively slowing neuron activity and prepping us for rest by promoting feelings of drowsiness.

When ingested, caffeine acts as an antagonist of the adenosine receptors in the brain, blocking adenosine from performing its usual duties on the body’s central nervous system.

This interaction leads to less fatigue and an increase in dopamine and glutamate neurotransmitter activity making us feel awake and motivated.

Abstaining from caffeine after regular consumption can result in withdrawal symptoms, including tiredness, lowered mental alertness, and reduced cognitive function

Kratom is a botanical substance produced from the leaves of the Southeast Asian plant mitragyna speciosa, which belongs to the same family of flowering plants as coffee. Although kratom is typically classified as a sedative, the plant also possesses stimulant-like properties at lower dosages and via the usage of certain kratom variants, or “strains.”

Kratom has seen extensive use in Southeast Asia for hundreds of years. Manual laborers in Thailand and other Southeast Asia regions have traditionally chewed the plant’s leaves or brewed them as a tea to combat fatigue during long, laborious days of work.

Researchers have corroborated the stimulant-like properties of kratom, although the exact mechanisms aren’t fully understood. However, research has shown that kratom’s primary psychoactive constituents (mitragynine and 7-hydroxymitragynine) act as agonists of the mu-opioid receptors in the brain, leading to reduced perceptions of pain and discomfort.

As such, the plant’s analgesic and anti-inflammatory effects may be responsible for its use as an energy booster. By reducing pain and discomfort, kratom users may feel more motivated to work, and therefore, more energized.

Essential for optimal human health, Vitamin B12 is a water-soluble vitamin that is found naturally in some foods (e.g., animal products such as meat, dairy, eggs) and as an additive in certain fortified foods (soymilk, meat alternatives). It is also commonly found in energy-boosting drinks and powders.

You might be wondering why B12 is packed into so many different foods and products, often at dosages that far exceed the recommended daily value. For example, at the time of this writing, a 12 oz can of Red Bull contains 119% of a person’s daily vitamin B12 intake.

As it turns out, B12 plays an integral role in supporting and maintaining our natural energy levels. One of the most common side effects of B12 deficiency is ongoing fatigue or lack of energy, and many people are unknowingly deficient.

Consuming B12 when deficient can temporarily provide an increase in energy by addressing a deficit in the body. However, those who aren’t deficient in B12 won’t experience any real benefit. This phenomenon makes B12 less of a go-to energy boost and more of a foundational pillar of optimal energy and overall health.

Will not improve energy levels in non-deficient individuals

Many people associate nicotine with the often unpleasant and verifiably cancerous hobby of smoking.

However, in its isolated form, far removed from the numerous carcinogens and toxic additives found in tobacco products, nicotine is a powerful stimulant that appears to be generally safe for consumption. In 2016, a report by the Royal College of Physicians found that “nicotine alone in the doses used by smokers represents little if any hazard to the user.”

Nicotine is a naturally-occurring alkaloid found in the nightshade family of plants (think tomatoes, eggplants, and potatoes). In nature, nicotine serves as a biological deterrent, preventing herbivorous creatures from consuming the plants that contain it.

To most animals, nicotine is entirely toxic. However, humans have a higher threshold for nicotine toxicity, allowing us to freely consume the substance up to a certain extent.

Upon ingestion, nicotine causes the release of epinephrine (adrenaline) into the blood and promotes the release of several neurotransmitters, including dopamine in the brain. At low-to-moderate consumption, this reaction leads to feelings of excitement and sharpness.

Nicotine is a fast-acting stimulant, with the onset of effects taking place in seconds

Highly addictive and may cause withdrawals upon cessation (symptoms include irritability, nervousness, nicotine cravings)

Diet is the foundation of good health, so it’s not surprising that eating clean, healthy foods can lead to increased energy levels.

While it can be tempting to indulge in sugary foods like donuts, candy bars, and energy drinks, many people observe an increase in energy levels after removing these sugar-laden foods from their diets.

Sugary foods and beverages may be a guilty pleasure for some – but at the end of the day, they’re still pleasures. That’s because some of the taste buds on our tongues are wired to detect simple sugars – and when they do, the resulting neural response is overwhelmingly positive.

Unfortunately, the ingestion of sucrose – the refined sugar found in packaged foods, soda, and candy bars – can’t be described so favorably.

Although the human body is adept at slowly processing the sugar found in fruits and vegetables (fructose and glucose) due to the available fiber content, ingesting foods that contain refined sugar – known as sucrose – doesn’t go so smoothly.

When we ingest sucrose, our insulin levels spike to compensate for the sudden surge of glucose that’s entering our blood. After insulin directs glucose out of our bloodstream, the result is a sugar “crash,” which can lead to fatigue and lethargy.

However, by replacing these energy-leeching foods with higher-quality, all-natural alternatives like fruits and vegetables, you can actually get comparable, longer-lived boosts of energy throughout the day that also come conveniently packed with naturally occurring vitamins and minerals.

Do What’s Right for Your Body

There are plenty of products, supplements, and foods available in today’s hyperactive world that can bolster and improve energy levels. Although not every energy-booster will be suitable for everyone – and some should be avoided altogether – doing your research is the first step in doing what’s right for your body.

Constante Quirino is a freelance writer and content strategist who has worked with a number of companies as well as up-and-coming designers. A passionate yogi for several years, he is an advocate for healthy, balanced lifestyles.