From Fruit Flies to Nobel Prize: The Circadian Rhythm Story 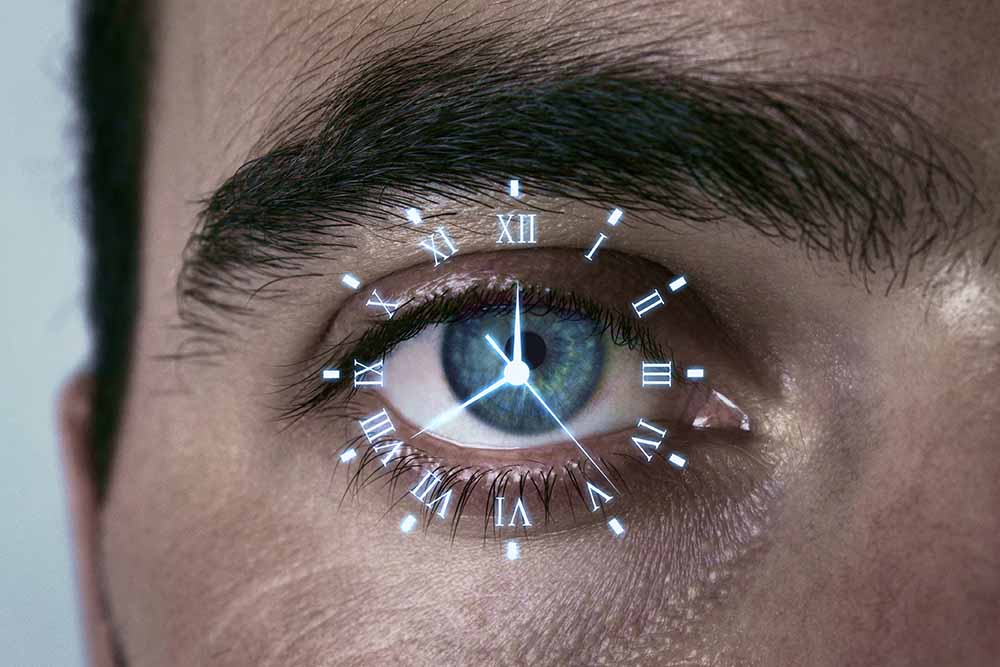 Three scientists—Jeffrey C. Hall from the University of Maine, Michael Rosbash of Brandeis University, and Michael W. Young of Rockefeller University—recently won a well-deserved 2017 Nobel Prize in Physiology or Medicine for their work that elucidates how our brain’s biologic clock works. The story of how they made their discoveries is fascinating. But first, I divert for a brief tale.

When I was 10 years old, my father took me on an errand. One of the stops we made was at a small decrepit watch repair shop. The old man behind the counter was bent and wizened. He had what I thought was a funny magnifying glass stuck in one eye (I still wonder how he managed to keep it from falling off). He barely looked up as he extended his hand to take my father’s ailing watch. He opened the back, tapped on the mechanism, and announced his diagnosis. “Schmutz!” he exclaimed with a mixture of disgust and reproof (schmutz means dirt in Yiddish).

He proceeded to clean it on the spot and voilá, the dead watch was alive and ticking again. With the naiveté of the child that I was, I asked: “What makes a clock tick?” The old man pointed to a serrated gear wheel that was making alternate moves to the right and left. He said with unmistaken irritation “What, can’t you see? This thing goes back and forth.” I should have known better; old people always answered a question with a question as he did, leaving me to ponder: But what makes this “thing” go back and forth at a constant rate, not missing a beat? But I didn’t dare ask.

What I left out last time I wrote about the clock

I wrote an article on the biological clock a while back. After I published it, I had a nagging feeling that I was like that watch repairman of my childhood. I described in the article how light triggers electrical impulses that get transmitted via the optic nerve to the suprachiasmatic nucleus (SCN) and from there to the pineal gland which, in turn, controls the secretion of the hormone melatonin. What I described was the visible anatomical and physiological machinery, the equivalent of the “thing” in the watch, but I failed to describe how “the thing” actually works. That answer was provided by the detailed work of the newly anointed Nobel laureates and that wonderful story is the subject of today’s post.

The story of a discovery

Seymour Benzer was the physicist who “discovered” the budding new field of molecular genetics—it was love at first sight. He was convinced that genes control behavior, pretty controversial in those days, and that by introducing mutations that resulted in abnormal behavior, he could make the connection between specific genes and the normal behaviors they control.

He made the inspired choice of the fruit fly, Drosophila melanogaster, as his experimental model. Why did he choose this tiny fly? Because a lot of behavioral studies had already been done on it. And, the short lifespan of the fly allowed him to rapidly get a lot of offspring of mutants. The choice of the lowly fruit fly was also based on Benzer’s belief that evolution and its tool of natural selection are inherently conservative (not politically), meaning that it will use off the shelf genes rather than “invent” new ones. For instance, his bet was that the same gene that controls the light/dark periodicity in Drosophila (and even lower animals) has an analog in higher animals, including humans. Thus, was born the field of behavioral genetics.

Benzer and his student, Ron Konopka, published on the first circadian rhythm gene and its mutants in fruit flies in 1971. They called the gene “period.” This was the first of several seminal studies of single genes affecting behavior, studies that have been replicated in other animal models and are now the basis for the growing field of the molecular biology of behavior.

In 1992 Benzer, working with Michael Rosbash—one of the Nobel Prize recipients this year—advanced this work by showing that the PER protein coded by the period gene, is predominantly located in the nuclei of nerve cells in the fruit fly. Their work with period gene mutants was catalytic in the study of circadian rhythms and served to propel the field forward.

This work was so revolutionary that it was widely assumed that Seymour Benzer would get the Nobel Prize. Alas, he didn’t. He died in 2007 at the age of 86. Konopka, another important contributor to the work, died in 2015.

Jeffrey Hall was also at Brandeis and worked with Rosbash on the Drosophila period gene. His initial work showed that the gene is important in regulating the rhythm of courtship song cycles produced by male Drosophila. The fact that it regulates the rhythm meant that the gene had some kind of a time-keeping function. It didn’t take long for the two Brandeis scientists, who actually first met on a basketball court, to form a fruitful collaboration that resulted in the isolation of the period gene that had been discovered by Seymour Benzer in 1971.

Isolation of the gene then allowed them to identify the protein that it codes for. They named it PER. But that was only the first step. They also discovered that PER undergoes circadian oscillation: Its concentration builds up during the night, and it breaks down during the day. This, in turn, regulates the oscillation of the mRNA that is the transcript of the period gene. [A reminder in case your molecular biology is a little fuzzy: A gene’s DNA is first transcribed into RNA, which in turn is translated, in the cytoplasm, to the amino acid sequence of a protein.] The discovery of this oscillation is akin to describing the gearwheel of a clock. But it still doesn’t tell us how the oscillations are generated.

Benzer and Rosbach found that PER protein is located primarily in the nucleus of cells, yet, we know that proteins are synthesized in the cytoplasm. How does PER protein get back into the nucleus? Could it have anything to do with the generation of the oscillation?

Enter the third winner of the trio that won the Nobel. Michael Young, working independently at Rockefeller University in New York, was also interested in the per gene and the circadian rhythm of Drosophila. He and his research group solved the problem that we highlighted before: How the PER protein could be primarily in the nucleus when it was generated in the cytoplasm.

In 1994, they published a paper in Science that identified a gene that they named timeless. This gene codes for a protein called TIM (notice how the protein name is the first 3 letters of the gene that codes it). TIM binds with PER and helps it get back into the nucleus. Once there, the PER protein regulates the expression of its own gene, period, through the rise and fall of its concentrations. So what we have here is a system that regulates itself through a negative feedback loop.

So there you have it. These scientists elucidated the molecular details of the tightly regulated feedback-controlled circadian rhythm that is basic to most organisms on the planet, including us humans.

Why is this discovery so important?

An obvious reason why this discovery is so important is that understanding the mechanism of sleep/wake cycles will allow us to understand and correct abnormalities in the cycle. Insomniacs have a vital interest in that, as are the millions of people who work the night shifts or other irregular schedules. Aging people who are well acquainted with weird patterns of sleep, waking up in the wee hours of the night and feeling sleepy in the middle of the day, will also benefit. So will anybody who flies and has experienced jet lag, an annoying phenomenon related to the function of our biologic clock.

Neurobiologists found a long time ago that sleep is when we consolidate our memories of the preceding day—it’s how we learn and remember. Almost every person of a certain age will experience age-related memory loss. But there are super-agers who are distinguished not only by their advanced chronological age but also by their super memory. The discoveries of the master genes of the circadian cycle, per and timeless, are already helping to decipher these phenomena.

Another important finding related to the circadian rhythm is that it influences the effects of drug treatments. There are many studies on the treatment of diseases, from cancer and cardiac to allergic and arthritis, that reveal that timing medications to the body’s internal clock could improve their effectiveness and reduce side effects. The field of chronotherapy is gaining momentum as a result of our deeper understanding of the biological clock.

For anyone who has ever questioned why organizations like the National Institutes of Health fund esoteric studies, such as determining the molecular pathway of the circadian rhythm of a seemingly insignificant fruit fly should think again. The discoveries of this year’s Nobel Prize winners have opened vistas of previously unimagined biological and medical knowledge and paves the way for the development of therapeutics that could prove beneficial for billions of people.

There is no question: This year’s Nobel Prize is well-deserved.