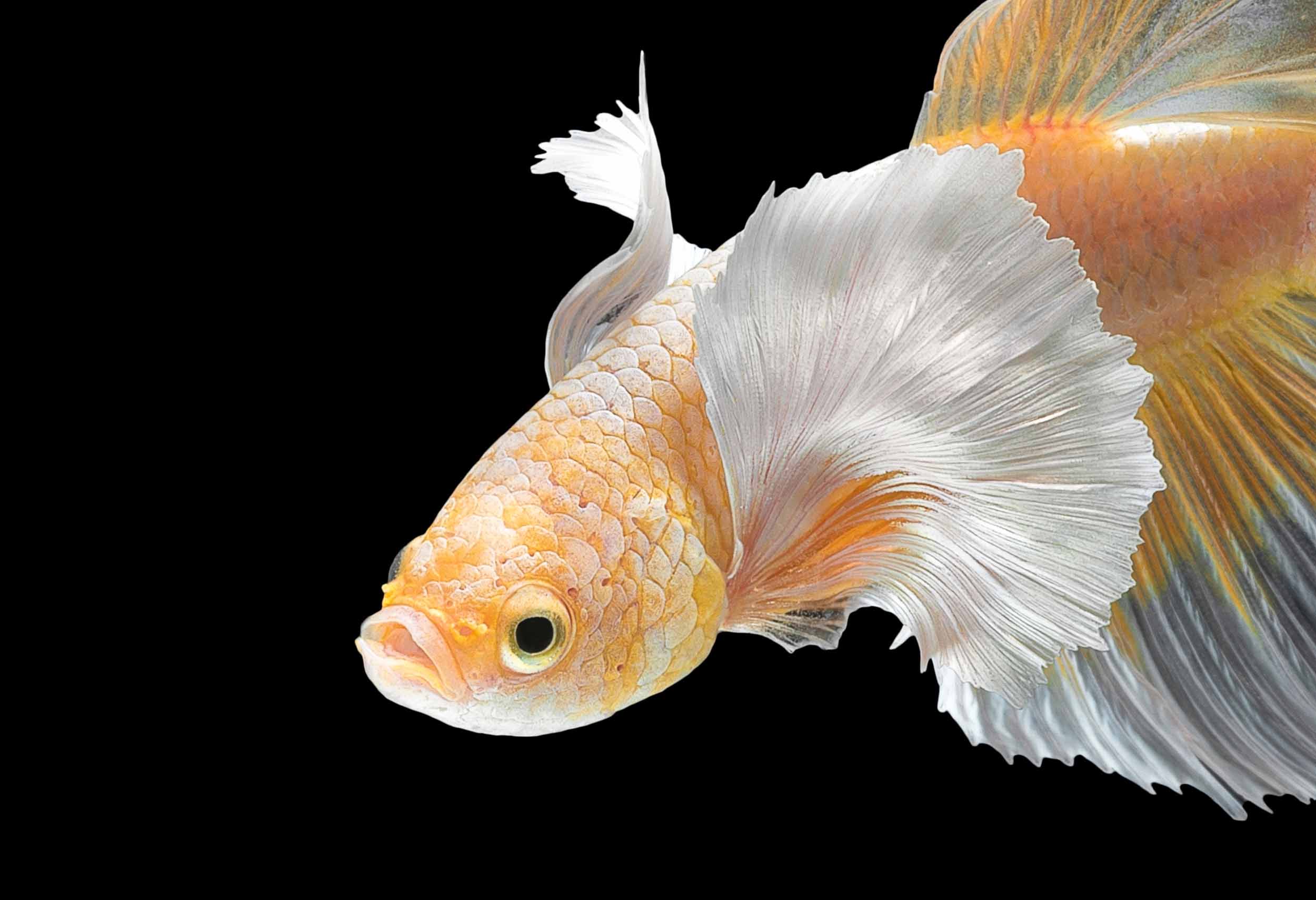 Did you know that fish can prevent loneliness? Let me explain.

What typically comes to mind when you think of a lonely person? The most likely answer is an older person who is socially isolated, leads a very quiet life and doesn’t get out much. However, this isn’t always the case. Loneliness can affect people of all ages from all walks of life.

It was Mother Teresa who said,

“The greatest disease in the West today is not TB or leprosy; it is being unwanted, unloved, and uncared for.”

Loneliness is something that even the busiest and most socially active amongst us can get hit by. Further, it is increasingly being recognized as a serious health risk factor. In fact, loneliness and social isolation have now been established as contributing to the risk of early death.

There are many things you can do to combat loneliness. However, I want to tell you about one that you may not have considered: keeping fish.

In this article, I’ll explore the scientific evidence that links fish, mental health, and the impact on loneliness. Stick with me as I take you through my thinking. 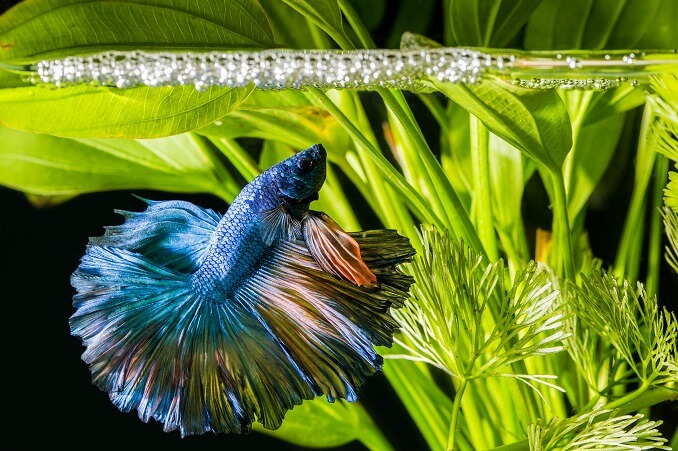 The Betta is a popular freshwater fish that is vibrantly colored and easy to care for. Photo source: www.fishkeepingworld.com

A 2016 study published in the journal Health Promotion International found that “nature plays a vital role in human health and well-being.” In fact, the authors suggest that “contact with nature may provide an effective population-wide strategy in [the] prevention of mental ill-health.”

Fast forward to today and you will find that nature deficit disorder is increasingly being pointed to as a contributing cause of both physical and emotional symptoms.

Researchers from the National Marine Aquarium, Plymouth University and the University of Exeter carried out a study looking at the physical and mental health benefits of viewing fish in tanks. They found that “people who spend time watching aquariums and fish tanks could see improvements in their physical and mental wellbeing.” In fact, the researchers found that not only did viewing fish in aquariums reduce blood pressure and heart rate, but watching them in higher numbers to keep their attention longer also improved their moods.

Another study also found that aquariums help to reduce anxiety by up to 12%.

With other mental health conditions being so closely linked to loneliness, it stands to reason that if someone maintains positive mental health, the chances of them feeling lonely might lower as well.

Having a pet imposes a routine on life

People who are feeling lonely can quite easily fall into the trap of becoming isolated and feeling depressed. This can lead them to slip out of a daily routine of activities that keeps their bodies moving and their minds active.

Having a structured routine can help people who experience mental health problems.  Having such a routine could also help reduce loneliness. For example, if someone who is suffering from loneliness has a pet to look after, they’ll need to wake up at a certain time to feed their pet.

If the pet is a dog, they need to take it for a walk and spend time playing with it. If the pet is a fish, there are chores to do. The fish keepers need to turn the light on, feed the fish, and carry out daily maintenance checks. They also have weekly and monthly chores which will need to be carried out, such as checking the filters.

Doing all of this requires visits to the pet store. This helps to get people out of the house. It also involves interacting with other people who have similar interests. You can see how this would counter isolation and likely decrease loneliness. 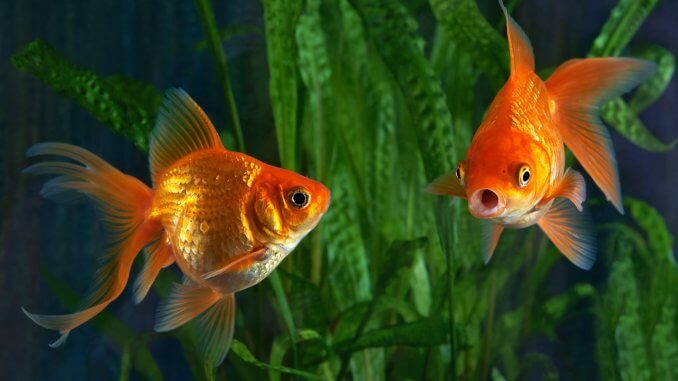 Goldfish make great pets and they are much easier to care for than a dog or cat. Photo source: fishkeepingworld.com

Pets don’t have the ability to talk back when you need to talk through a particularly tough day. They are quite simply great listeners. Most people think that only dogs and cats make ideal companion pets, however, there are actually lots of reasons fish make great friends too.

Research carried out into fish and facial recognition found that there are some fish, such as Archerfish, which can recognize their owner’s faces. Other fish, such as Betta fish can learn fun tricks and have great personalities. They provide lonely people with a form of real-life entertainment. This can be endearing and encourages people to bond with them. 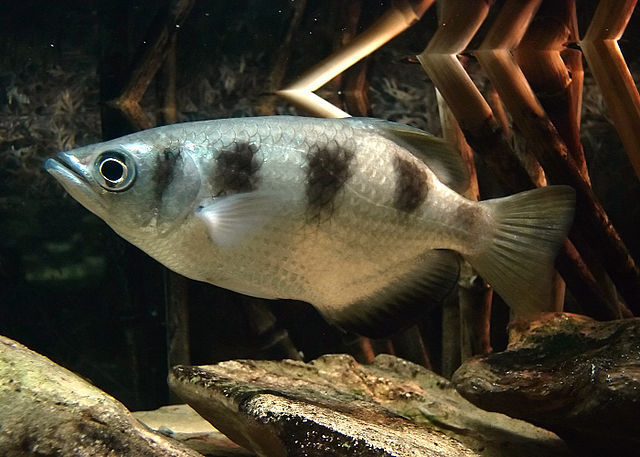 Scientists have determined that Archerfish are able to learn and recognize faces with a high degree of accuracy. Photo source: Wikimedia

Simply having another living being in the same room makes it easier to open up and talk out loud. It can feel like there is someone there to listen to you. This may counter feelings of loneliness. Companionship doesn’t necessarily need to come from another person.

Being part of a group can help prevent loneliness

A study carried out in Australia found that people who are part of a group or community are much less likely to be lonely because they will have higher levels of support and friendship around them.

So it is important to know that the aquarist industry has groups in almost every city in the world. Fish have made fascinating pets for centuries and so there will always be groups dedicated to fishkeeping.

Forming relationships and friendships with people will be much easier for people who are out of practice at socializing if there is a common interest which can be discussed. Groups can help give people a sense of belonging, and can also be a great boost to confidence and self-esteem.

One of the main issues, when someone feels lonely, is that they don’t want to get out to socialize. Many of these groups are based online, with the option of going along to monthly meetups which gives people a chance to establish relationships from the comfort of home first.

With the connection between loneliness and mental health conditions being so closely interlinked, it’s difficult to know which one comes first. But what we do know is that keeping a pet can help to combat those feelings of loneliness and have positive results on mental health.

An airport hotel in Belgium (the Van der Valk Hotel Charleroi Airport), recognizing that travelers are often lonely when staying in hotels alone, offered customers the option of renting a goldfish to keep them company for the night. Michelle Cook, a producer for a New Zealand radio program shared the story on Twitter: 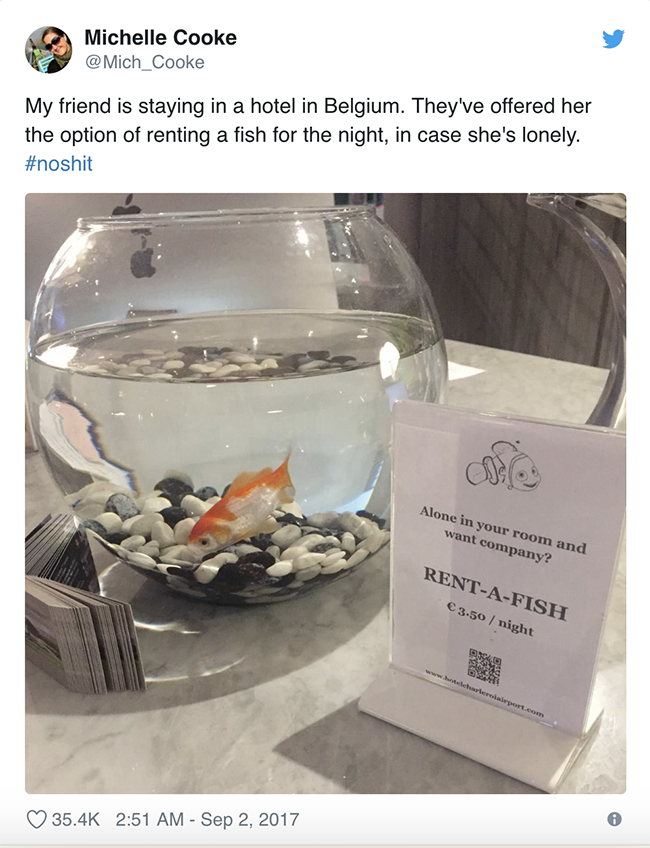 Disclosure: This small glass bowl setup is not a viable way to house this pet. (See Wojtek comment below). Photo source: Screenshot from Culture Trip httpss://bit.ly/2U1ZB1u

While most people might choose a larger animal that is able to offer cuddles and sympathy to them, fish can actually be a really great choice for those people who either don’t have the time to care for a larger animal or perhaps aren’t as mobile and would struggle to take them out for walks.

Fish can help reduce stress, have a great impact on mental health, and help enforce a daily routine which can lead to a happier, less lonely person.

Robert Woods, Fishkeeping World creator has had a love of fish since he was a small boy. He created this website to help share his wealth of knowledge around the world and enjoys looking into the many health benefits which arise from keeping fish.