Fentanyl Makes the Opioid Epidemic So Much Worse 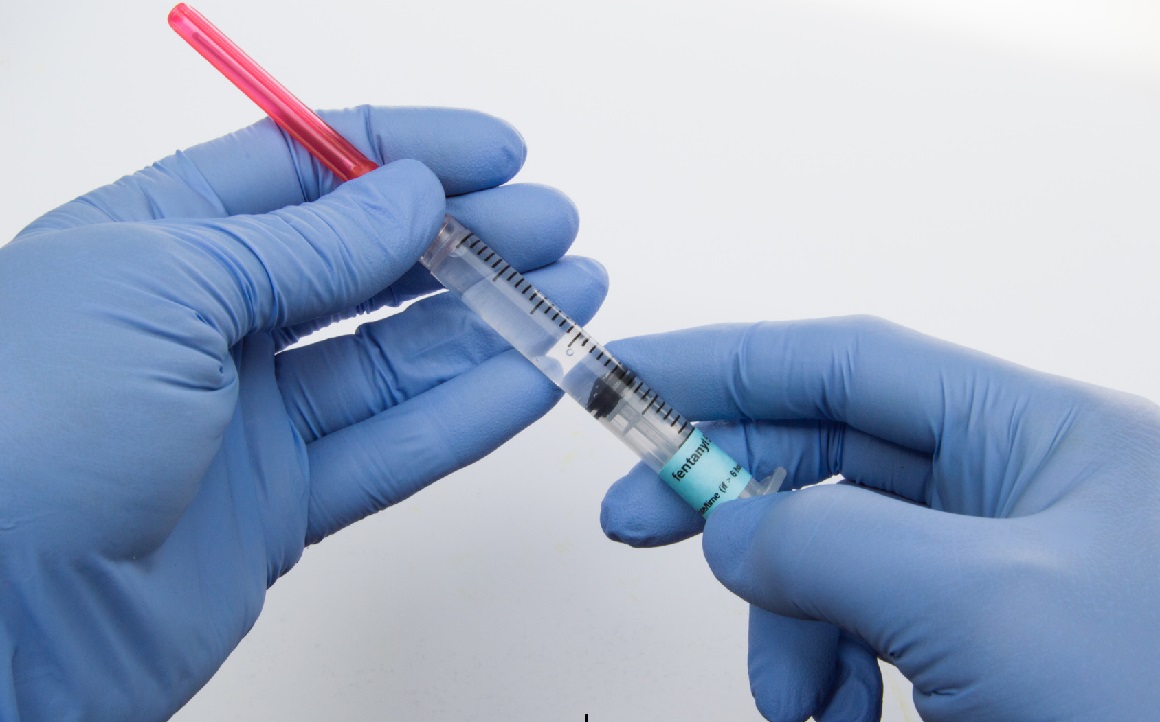 We are in the midst of an opioid epidemic. Since the turn of the century, we have seen a sharp increase in the number of overdose deaths and the manifestation of opioid addiction, a powerful chronic brain disease. The presence of the drug fentanyl is pushing the opioid epidemic into uncharted territories. Fentanyl, a synthetic opioid pain reliever, is a dominant catalyst of this outbreak due to its potency and alarming prevalence.

Why is “the opioid epidemic” considered an epidemic in the first place?

It is commonly accepted in the medical field that the steep rise in opioid addiction across the nation should be and is considered an epidemic. The President has recently called the opioid epidemic a national emergency. However, it seems that some people still have their doubts.

According to the Center for Disease Control and Prevention (CDC), an epidemic is “an increase, often sudden, in the number of cases of a disease above which is normally expected.”1 Some of the most infamous and deadly epidemics in human history include polio, AIDs, The Black Death, and malaria, causing the deaths of countless individuals.2

There are several specific factors that can increase the probability that an epidemic may manifest in the general population. The most applicable factors to the opioid epidemic include the following:

In most cases, epidemics refer to “infectious agents” but also can apply to chronic diseases such as diabetes, obesity, and addiction in this case.1

Experts estimate that each day over 100 people will die from opioid overdoses in the United States. We have seen these numbers quadruple since 2000 with over 500,000 now dead from opioid overdoses. The increase in opioid overdoses is directly tied to the increase of prescription opioids administered legally and illegally by healthcare providers (both responsible and irresponsible) and others illegal manufacturers and distributors.3 Although the disease of addiction has taken countless lives over the history of our country, the opioid epidemic, now fueled by fentanyl, is alarming and disturbing.

The journey to addiction and the problem with fentanyl

The journey to the manifestation of the chronic brain disease of addiction can be illustrated by the following graphic. As can be seen, the journey starts with abstinence. Most people take the next step to experimenting with alcohol or some other drug. The experimentation of a potentially addictive substance (such as alcohol, marijuana, or something more powerful such as heroin) can lead to abuse, dependency, and eventually addiction. Once manifested, the disease of addiction most often has a sharp decline in the potential of the disease to be fatal. Many addicts die from overdose during a relapse that follows a period of recovery. Others may overdose by mixing drugs, using a drug in a manner they had not previously used before or using a known drug laced with something else. How quickly someone moves from experimentation to addiction is a product of several factors including genetic, environmental, and psychological.4

Addiction death at any stage

One of the scariest factors increasing the opioid epidemic and opioid-related deaths is the introduction of fentanyl. Its potency and prevalence place many individuals at risk of not only moving down the continuum to addiction more rapidly, but also increasing the risk that death may occur not only after the disease manifests but at any time within the continuum, including experimentation.

The potency of fentanyl

The potency of fentanyl cannot be understated nor taken lightly. According to the CDC, overdose deaths involving the presence of synthetic opioids including fentanyl, increased by 72% from 2014 to 2015.7 The potency of this painkiller and anesthetic increases the severity or harmfulness for individuals exposed. On April 1, 2016, the United States Drug Enforcement Administration issued this Public Safety Alert regarding the dangers of fentanyl.

Fentanyl, a powerful synthetic opioid, has been linked to multiple overdoses and deaths throughout the Sacramento region since last week. The overdoses are occurring at an alarming rate and are the basis for this public safety alert. Fentanyl is an odorless substance considered to be 25 to 50 times more potent than heroin and 50 to 100 times more potent than morphine. Fentanyl is potentially lethal, even at very low levels.5

In a groundbreaking documentary titled, Death by Fentanyl, Cristina Constantini, Darren Foster, and Mariana Van Zeller explored the increase of all types of fentanyl in the United States and how the potency of fentanyl is fueling the opioid epidemic. In Mexico, these investigative filmmakers were in Sinaloa interviewing heroin manufacturers and traffickers. They were told that no one was making pure heroin anymore because “fentanyl-laced” heroin was so much more potent. This fascinating and disturbing documentary is certainly worth a watch.6

The prevalence of fentanyl

The prevalence of fentanyl within the drug market is astounding. It is important to note that most of the fentanyl overdoses and deaths in our country are linked to illegally made fentanyl. Unbeknownst to the consumer, fentanyl is mixed most often with heroin, sometimes with cocaine, or made to look like painkillers in pill form. Although potentially fatal, the presence of fentanyl increases the high for the user.

The prevalence of fentanyl in our country is manifest by the significant increase in law enforcement seizures of the drug. For example, the number of seizures of fentanyl has increased seven times in the last few years.7 Suffice to say we have a drug market flooded with fentanyl fueling the epidemic.

Where is it coming from?

The deadly combination of fentanyl-laced heroine not only originates in Mexico, but also in the U.S. by way of China. U.S. manufacturers are securing chemicals from China and cooking it themselves. At times, raw fentanyl is being shipped directly from China. If not Mexico or China, prescription fentanyl made in our own country is being mixed with heroin to form this deadly combination.

“When it comes to the illegal sale of fentanyl, most of the attention has focused on Mexican cartels that are adding the drug to heroin smuggled into the United States. But Chinese suppliers are providing both raw fentanyl and the machinery necessary for the assembly-line production of the drug, powering a terrifying and rapid rise of fatal overdoses across the United States and Canada, according to drug investigators and court documents.”8

We are certainly in a midst of an addiction outbreak, an opioid epidemic. People are dying every day from fentanyl-laced heroin, possibly people we care about. The potency of the drug and its prevalence within our country is fueling the epidemic and putting all types of people at risk. People who are at risk range from those who experiment with drugs, those who have the disease of addiction, and everywhere in between. We, as a society, must not only be educated to its potency and prevalence, but also take meaningful action to combat the epidemic. Meaningful action comes in the form of prevention, advocacy, and intervention at all levels of our society. Be educated, advocate, and find out actions you can take to help.

For community ideas to combat the opioid crisis, go to https://icma.org/articles/9-ways-fight-opioid-crisis-your-community.9