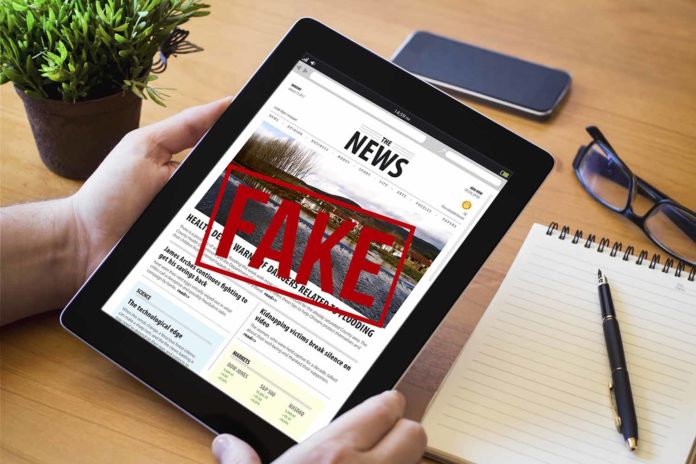 It is no secret that we are awash in what has come to be called “fake news”. It is widespread and comes at us from many different angles (online, cable news, podcasts, radio, and most social media channels. It also comes in many different forms misleading information, and obfuscation. It shows up in stories on almost every topic, including health and wellness. Most sinister, perhaps, is the constant rise of fake health news online, especially on social media.

Until the recent change of Administrations, we were bombarded with inaccurate statements and lies about the pandemic since its outset. Unfortunately, many of these lies originated with the former President of the United States. They were amplified by both paid and unpaid amplification of these dangerous messages on Facebook, Twitter, and other social media channels.

Here are some examples:

We could go on and on about the many lies of omission and commission about the SARS-CoV-2 pandemic that has now infected more than 27 million people and caused ~465,000 in the US to date.

Sadly, however, fake health news is not limited to misleading coverage related to COVID. It is prevalent in many other aspects of health, ranging from vaccinations to cancer care and everything in between.

In 2016, 20 of the most popularly shared articles on Facebook had the word “cancer” in their titles.  And more than half were based on dubious claims and misinformation, according to a startling study by the Independent.

The volume of sharing of these stories is phenomenal. The most popular ones are liked and shared by millions of people. There has been no meaningful effort to counter these fake news stories.

This means there is an excellent chance that something related to cancer that you read now could well have been nothing more than quackery posing as science.

Let’s say an article titled, “Dandelion weed can boost your immune system and cure cancer,” with a whopping 1.4 million likes and shares pops up on your news feed. You are free to read it, just like any other material that is available online.

But here’s what you need to keep in mind: Dandelion weed does not cure cancer or boost your immune system or enhance your performance.

That’s right. It’s nothing but a wild claim. Even more disturbing is the fact that Google search about Dandelion weed and its alleged cancer healing properties would reveal not one, but hundreds of similarly dubious articles on the miracle healing powers of the Dandelion weed.

Sadly, stories of this sort may be created by people who only want to gain targeted traffic by featuring a popular keyword on their website and who are not worried about the consequences of spreading misinformation.

Schools should now teach kids how to tell fact from fiction on the Internet because news literacy is more important now than ever. There is definitely “real” fake health news out there.

In fact, consistent publishers of false health claims and news exist, churning out regular articles based on nothing more than pseudoscience. One such example is the website, Naturalnews.com.

The website often features misleading and unsubstantiated headlines related to health, such as these:

In our opinion, these are nothing more than clickbait designed to make people consume more and more of these dangerously misleading stories.

But don’t just take our word for it. Here is what MediaBias/FactCheck has to say about Natural News:

“Overall, we rate Natural News a Questionable source based on the promotion of quackery level pseudoscience and conspiracy theories, as well as extreme right-wing bias. This is one of the most discredited sources on the internet.”

Another fact-checking website, the Genetic Literacy Project (GLP) says this about Natural News:

Here is GLP’s ranking on MediaBias/FactCheck:

We are using Natural News as an example in order to demonstrate how spending time researching the site can reveal a lot about a health news site’s reliability. Why should you do this? Because your life might depend on it.

The problem is that controlling these platforms is a gargantuan task as the Internet is filled with thousands (millions?) of them. Patrolling them is not easy. But there are ways to avoid getting affected by such unreliable stories passing off as professional medical advice.

Related Content: Who Really is the Enemy of the People?

Here’s are some things you need to know in order to identify fake health news and not fall victim to it.

Nearly all of the fake health news online is generated by sources that do not have much, if any, credibility. On the other hand, trusted publishing platforms like the New York Times, the Independent, the Washington Post, and Forbes are run by established media houses and have been around for years. They all enjoy a good reputation for sourcing their articles. Further, they tend to avoid deliberately misleading information on health-related topics.

Here’s a rule that you need to remember:

Never believe anything generated by info hubs that do not have a good reputation.

Check the reliability of the site and/or the information by using one or more reputable “fact-checker” websites, such as MediaBias/Fact Check or FactCheck.org (a project of the Annenberg Public Policy Center).

If someone ever finds a cure for a dangerous disease like cancer or COVID-19, it will likely be a worldwide event covered by every major news outlet out there. If an obscure website claims that there has been such a breakthrough and there is no such news elsewhere, take a pass on it.

Ever heard the saying “it’s too good to be true”? Headlines are expected to drive more and more engagement. However, science is not about exciting captions or titles. It is about claims that are backed by rigorous, peer-reviewed scientific research. These claims can be labeled “evidence-based.” or “scientifically proven.” No matter how convincing the hype, if a claim is not supported by evidence, then it’s nothing more than fake health news.

Research is only credible when it is peer-reviewed and published in a reputable scientific journal. A lot of fake health news rides on the back of research journals whose claims are not scrutinized, recognized, or given approval by a wider scientific community.

Lately, there has been a proliferation of pre-review websites that will publish “research” papers for a fee (pay to play). Companies use these to sell unproven products. Papers like this are designed to convince you that the claims made around these products have a scientific basis.

Run a quick Google search to check if the cited source for a claim is a peer-reviewed journal. Or, to find out if it is a complicit arrangement to more cleverly perpetuate fake news.

If you ever come across an article titled, “How knuckle-cracking could be leading you towards arthritis,” then make sure that you try and find out whether there is a link between knuckle cracking and arthritis.

One easy and reliable way to do this is to perform a search on PubMed. PubMed is a free service of the National Library of Medicine and the National Center for Biotechnology Information which catalogs research publications from reputable journals.

If you do not find any information backed by scientific data, continue cracking those knuckles and read a favorite book instead.

Most doctors and other health professionals have no incentive to hide a cure from the general population despite what many conspiracy theorists perpetuate on social media.

So, if you come across a conspiracy theory saying that “Doctors have been trying to hide this cure for HIV since 1970,” you can bet it’s a lie, and you should not go near it.

The dubious story of how dandelion weed cures cancer had stratospheric popularity. However, likes and shares are not a good indicator of the truthfulness of a claim.

If you find a health story that has millions of likes, comments, and shares but doesn’t include a discussion of the science, it is likely fake health news. Don’t accept the information without doing more research on the topic.

Report the fake news and let others know

After you have established the fact that something is fake health news, steer clear of it. But also make sure that others do not fall prey to it. There are two ways you can do this:

1. Report the fake news if you see it on social media platforms. Facebook now allows you to do this.

2. Share the scientific claims and evidence you have gathered about the fake health news across your personal social media channels. Also, add the information to the comment threads beneath those very articles.

Finally, report it to fact-checking organizations. (e.g., MediaBias/Fact Check or FactCheck.org) so they can thoroughly evaluate and rate the reliability of the  claims.

The bottom line when It comes to fake health news

In our fight against the dangerous practice of fake health news, it’s imperative that we protect ourselves. It is also important that we inform as many people as we possibly can. This is one way that we ensure a safer and healthier world for generations to come.