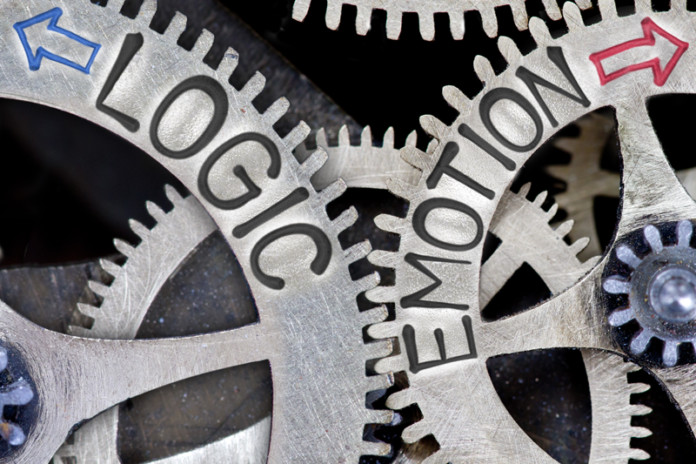 In December of 2012, I wrote an article that plaintively asked: “Why can’t a politician be more like a scientist”? A lot of water has flown under the bridge since then, and alas, the answers provided to this question at that time are profoundly alarming. So I thought an update would be appropriate.

Why are they making stupid decisions?

A large part of the answer is that most of our politicians are not trained in the scientific way of thinking, and, specifically, in quantitative/statistical thinking. Examples abound:

The answer, my friend, is written in the foul winds of politics

When the Bureau of Labor Statistics releases its monthly unemployment data, the opposition ferociously attacks the policies of the administration as an abject failure if the unemployment rose by 25,000. If the figure dropped by the same amount, the administration crows about its brilliant policies. Can somebody please educate our politicos that the margin of error of those estimates is +/- 100,000 at the 90% confidence level? In other words, the 25,000 figure is just statistical “noise”.

Unfortunately, a pattern of anti-science as a policy is emerging in front of our eyes. Am I a conspiracy theorist? Consider what Scott Pruitt, head of the EPA, told a Texas radio show:

“Science is not something that should be just thrown about to try to dictate policy in Washington, D.C.”

Of the 44 top federal science positions, 32 remain without any nominees at all. Of the nominated 12, only two have been appointed, And half of the nominated have deep roots in the industries they are supposed to oversee.

A profile of one of those nominees, Sam Clovis to lead science at the Department of Agriculture. is instructive. Unlike previous undersecretaries, Clovis does not have expertise in science or medical research. As ProPublica reported in May, “Clovis is better known for hosting a conservative talk radio show in his native Iowa and, after mounting an unsuccessful run for Senate in 2014, becoming a fiery pro-Trump advocate on television.”

This position is currently unfilled. Under the previous administration, the Science Adviser was John Holdren, a Harvard physicist. A 1976 law that created the White House Office of Science and Technology Policy (OSTP) allows Presidents to tailor the office to fit their priorities. Under former President Barack Obama, OSTP grew to a record size and played a role in all the administration’s numerous science and technology initiatives. In contrast, President Donald Trump has all but ignored OSTP during his first 8 months in office, keeping it small and excluding it from even a cursory role in formulating science-related policies and spending plans.

Secretary of the Energy

Rick (oops) Perry. Yes, the very same Perry who famously forgot the name of the department he wanted to abolish. Now, he is leading it. The previous Secretary of Energy was Stephen Chu, a Nobel prize laureate in physics.

Head of the EPA

Scott Pruitt, a seasoned legal opponent of the agency, is at the helm of President Trump’s efforts to dismantle major regulations on climate change and clean water—and to cut the size and authority of the government’s environmental enforcer. His predecessor was Lisa Jackson, a chemical engineer.

Related: The Anti-contraception agenda is fueled by fake science

The list is just too long and too painful to continue. The problem is that this is not just a matter of unfortunate political appointments. There is a price to pay.

What are the consequences?

Take our poor coal miners, flocking in desperation to the false prophecies of Trump. What did they get in place of the promises to bring back “beautiful, clean coal”? A few days ago the Trump administration halted a National Academy Sciences study into the health effects of Appalachian mountaintop mining. Why are they studying this particular mining technique? Because it is believed to deposit waste containing toxic minerals in the groundwater. Among other health problems, people living in the vicinity of these surface mines have a high prevalence of heart and lung diseases. And the solution? Shut down the science, so people will not know.

Since the advent of the Trump administration, the websites and publications of the EPA, National Oceanic and Atmospheric Administration (NOAA), the Interior Department, the National Institutes of Health, the Centers for Disease Control and Prevention, and the Department of Agriculture were all prohibited from making any mention of “climate change” or “global warming”. The consequence? The Gulf of Mexico is one of the hottest large bodies of water on the planet. So when Hurricane Harvey built up over it, it sucked up unprecedented volumes of water, and then dumped it on Texas, 30 trillion gallons of it, so far. Have you heard a government scientist draw a straight line from climate change to the biblical proportion of the flood inundating Texas?

There are less obvious consequences to the deliberate anti-science policies of the Administration. Graduate deans cite anti-immigrant rhetoric and the perception of the U.S. retreating from its open society traditions for a drop of up to 30% in applications from overseas students. Now, consider that these students comprise 55% of those studying engineering and computer science, and you’ll see why this could threaten U.S. global leadership in science and engineering. Silicon Valley would not be such a powerful engine of economic and technological growth if not for these foreign entrepreneurs, scientists, and engineers.

This is not an accident

It is becoming increasingly obvious that what is unfolding is a deliberate policy; keep the people uninformed, and you can manipulate them at will. Repeat the untruths again and again and they will become reality. This insight was not invented by the Right Wing. It was formulated and promulgated to disastrous effect by none other than Josef Goebbels, Hitler’s propaganda chief.

A case in point. Trump and his enablers repeat the myth that 3 million illegal immigrants voted against him. On what basis? Old Dominion University professors studied voting participation rates by noncitizens. Based on 339 respondents in 2008 and 489 in 2010, they found that more than 14% of noncitizens said they were registered to vote. The authors stated that some self-reported “noncitizen” voters in the study might have actually been citizens who “accidentally misstated” their status. In fact, the authors of the study are now in the process of cleaning up the data. But let’s say, for the sake of argument, that all the data is legitimate. Is the conclusion warranted?

If you tossed a coin 10 times and you got 6 heads and 4 tails, would you conclude that this is not random, that something is fishy about the coin? Of course not. To get the expected 50:50 ratio, you need a big sample. The bigger it is, the closer it would get to 50:50.

Now, between 2000 and 2014, more than 1 billion ballots were cast. So the percentage of allegedly fraudulent ballots is a tiny fraction (less than 1 in 2-3 million) of the total. The size of the sample that would be necessary to demonstrate statistically that this observation is real and not a fluke can be calculated using statistical methods—the same kind that is used in the design of clinical and epidemiological trials. To demonstrate that the conclusions drawn from those 2 samples are statistically valid would have required a sample hundreds of times larger. This is equivalent to deciding the odds of 500 coin tosses on the basis of 1 toss. As they say, garbage in-garbage out.

How do we combat it?

We should insist on accountability to the truth. Relentlessly fact-check and expose the lies, shine a bright light on the willful strategy of promoting “alternative facts.” But this is short term. What should be done to inoculate our society against these corrosive anti-science policies for the long haul?

What is required is a fundamental change in our educational system. We need to teach our citizens critical thinking based on quantitative thinking. This will not be easy. It would require a paradigm shift in our educational system and in our national discourse. The other side is going to do its best to impede any attempt to accomplish it. The Texas GOP attempted to reject the teaching of critical thinking. They beat a hasty retreat only after the MSM (mainstream media in Right Wing parlance) exposed the plot.

Other societies fell victim to policies of keeping the people ignorant. Stalin and Hitler tried it and were successful for a while. In our country, the Know Nothing Party, built on antipathy to Irish and Italian immigrants (“they will corrupt our culture” was the fear then, and now) and deep suspicion of science and intellectuals, came close. But in the end, the human thirst for knowledge and the historical arc of increasing liberality prevailed. I believe that it will continue, despite attempts to thwart it.