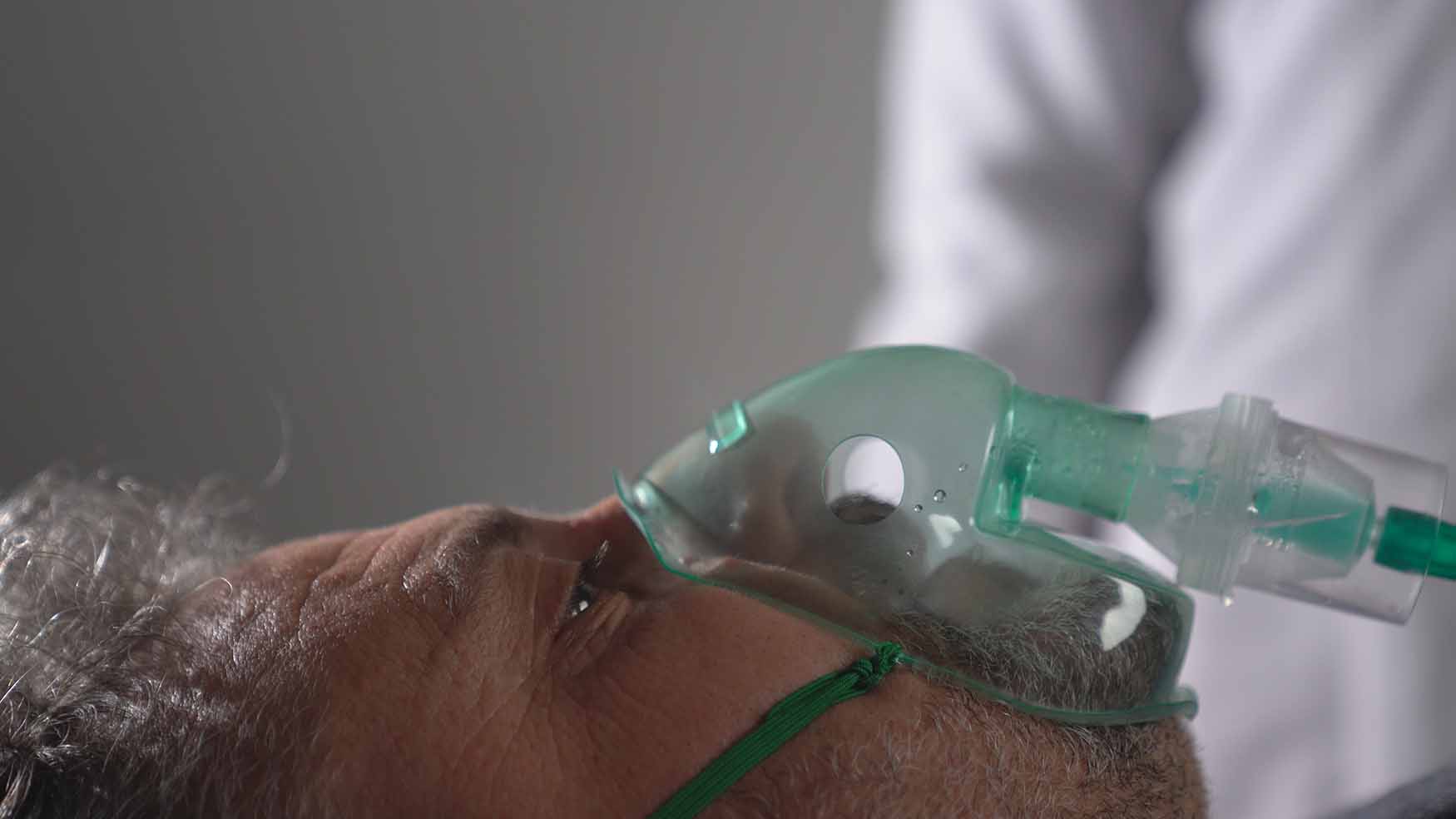 The COVID-19 pandemic has sparked an international race to develop and deploy new, safe, and effective treatments. Even though this virus is new to humans, clinicians and researchers have already learned a great deal about how it causes severe illness and death in a subset of people. This knowledge is being used to identify existing treatments that may be effective in COVID-19 based on what is known about their mechanism of action. One such drug is acalabrutinib, a BTK inhibitor.

Exciting new research on this drug was recently reported in Science Immunology (June 5, 2020). Here’s what happened.

The role of BTK in severe COVID-19 disease

Researchers studying lymphoma patients observed that some of them developed a serious fungal infection. – aspergillosis – while being treated with a BTK inhibitor ibrutinib.

BTK stands for Bruton tyrosine kinase. It is a protein that appears to play a key role in the development of cytokine storm, the hyperinflammatory state found in desperately ill COVID-19 patients. Further, it was already known from earlier mouse influenza studies that inhibiting BTK decreased inflammatory mediators and might reduce lung damage related to the excessive immune response.

Based on this information, the researchers hypothesized that administering a highly specific inhibitor of BTK, acalabrutinib, might help reduce the hyperimmune response and improve outcomes in seriously ill COVID patients.

The drug was already approved for use in lymphoma patients in the U.S. so it was possible to rapidly design and carry out a small prospective off-label clinical study of 19 hospitalized patients.

All of them met the criteria for severe disease with low blood oxygen levels. They also had blood tests that showed evidence of inflammation: elevated C-reactive protein (CRP) and ferritin. They also had low absolute lymphocyte counts (ALC).

Their ages ranged from 45 to 84 with a median of 61 years old. Thirteen were men. Eleven patients were receiving supplemental oxygen by nasal cannula and eight were intubated and mechanically ventilated prior to receiving the treatment.

Co-morbidities were prevalent in these patients:

Many had more than one of these conditions.

They were also on other medications

They were also on other drugs, including steroids and/or hydroxychloroquine in some but not all patients. None had received remdesivir or anti-IL-6 monoclonal antibody (a targeted treatment for cytokine storm).

Patients were treated between March 20 and April 10. Data collection was completed on April 23. A follow up was done on May 28 to see if any of the discharged patients had a relapse.

Eight of the 11 patients in the supplemental oxygen group who received ~10 days of treatment were able to be discharged from the hospital on room air. Three still required oxygen. One was on nasal cannulae and one had to be placed on a ventilator – both had decreasing oxygen requirements. Another was on CPAP with a stable oxygen requirement.

The outcomes were more modest in the group that was on a ventilator at the time they got treated. Four of 8 (50% ) were extubated and two were able to go home. One was on supplemental oxygen and weaning. Another died of a pulmonary embolism. Of the four that could not be extubated, 3 had variable oxygen requirements. One died after support was withdrawn. Two of these ventilated patients were extremely sick with sepsis and renal failure.

Follow-up of the discharged patients a bit more than a month later found that 9/11 in the supplemental oxygen group were clinically well. One was still hospitalized and another had died. In the mechanical ventilation group, 3 of the 8 patients were discharged on room air and remained well. One patient went to a rehabilitation facility and 4 had died.

To summarize, by the time of the follow-up, 12 of the 19 patients in the study had normal oxygenation on room air and none of them had a recurrence of their illness.

Other findings of note

CRP returned to normal in 10 of the 11 patients in the supplemental oxygen group. It was decreasing in the remaining patients. This was the earliest and most consistent measure of decreased inflammation. Levels of IL-6, another inflammatory marker normalized in 60% of the small number tested. The measures of other markers of severe COVID disease – D-dimer, fibrinogen, ferritin, and ALC were variable.

The 8 patients in the mechanically ventilated cohort showed a more blunted response, with CRP normalizing in only 2 and decreasing in 3.

There were no “treatment-emergent toxicities” that could be attributed to the drug.

What do the findings in the study mean and what happens next?

If you spend any time at all reading clinical research papers, you are familiar with the phrase “more research needs to be done.” It often appears in the concluding paragraph of the paper. This is especially true when the study has a research design less rigorous than a large, randomized controlled trial. In this report, there were a small number of patients. And, they were not randomized to either a treatment or a control group.

Therefore, the most we can accurately state is that the results are promising. The good news though is the results were promising enough that a larger, international prospective randomized controlled trial has already been organized.

The limiting factor in many large clinical trials is how long it takes to recruit the needed number of patients. The fact that this new trial is international means that the recruitment may still be relatively rapid. This is because, in parts of the world, such as Brazil, the number of seriously ill cases is still escalating.

And, if the larger trial uses a similar protocol, a relatively short treatment course, and follow-up within 4-5 weeks, we could see results fairly quickly – at least compared to the time it takes for other drug trials.

If this drug works as is hinted at in this small study, it could mean early treatment with a BTK inhibitor could prevent or ameliorate the hyperinflammatory stage of the disease (cytokine storm) that has killed so many COVID-19 patients. Improving the chances of survival of this scary disease may help us have the confidence to return to some degree of normalcy.

Keep your eye on this space.

Other COVID-19 posts:
Greater Risk of Blood Clots in COVID-19 Patients
Are We Prepared for Increased Healthcare Needs Post-COVID-19
Young Journalists Report: Around the World with COVID-19
The Phases of Disaster: Are We Headed for Disillusionment?