Examining the Federal Response to the Opioid Crisis, Part 2 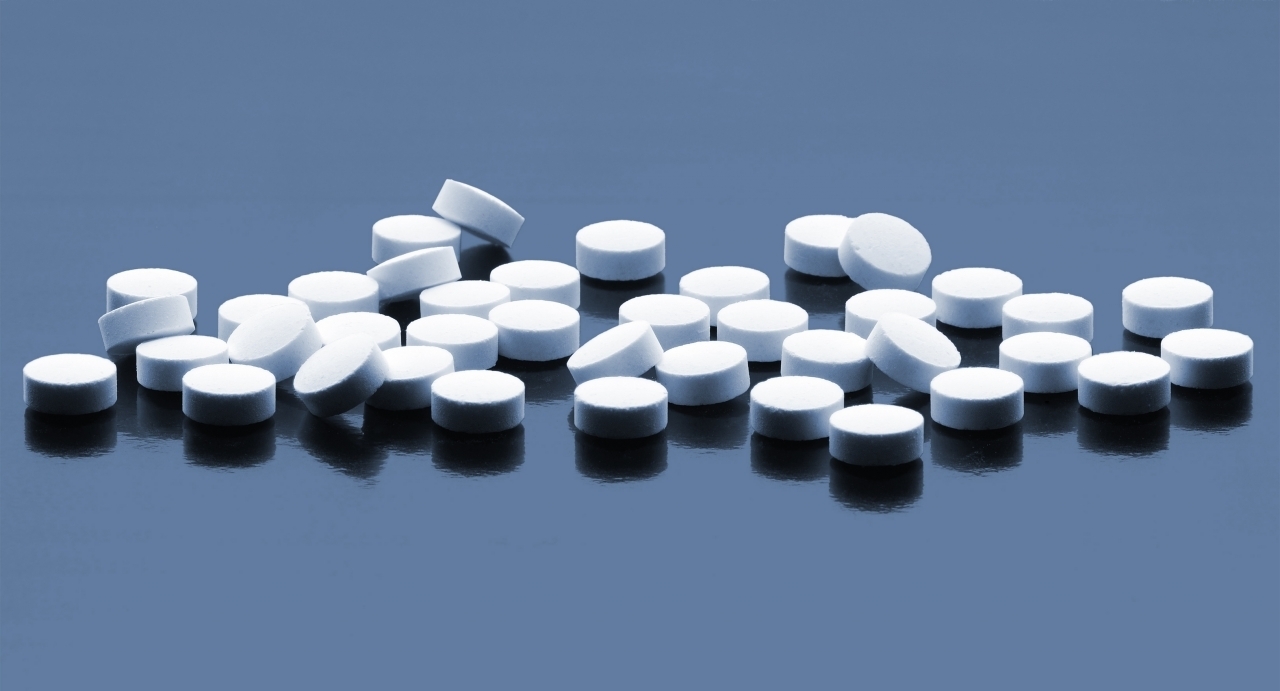 Benjamin Franklin famously observed that “Lost time is never found again,” and every extra minute we take to find meaningful solutions to the addiction crisis, while worthwhile, may mean lives lost.

Recent research from the Centers for Disease Control and Prevention shows that opioids have contributed to a shorter life expectancy in the U.S. From 2000 to 2015, the U.S. saw an uptick in drug-related overdoses, with opioids identified as a major cause.

But almost no statistic would surprise me, given what I see on a near-daily basis. My current position as Editor-in-Chief of Point of Care Content at Elsevier, where we strive to offer resources that can assist in the diagnosis and treatment of addiction, complements my work practicing addiction medicine at Northland Intervention Center in Milford, Ohio. This combination of roles provides me with a different viewpoint on the Trump Administration’s current efforts, including the recommendations of the Commission on Combating Drug Addiction and the Opioid Crisis. 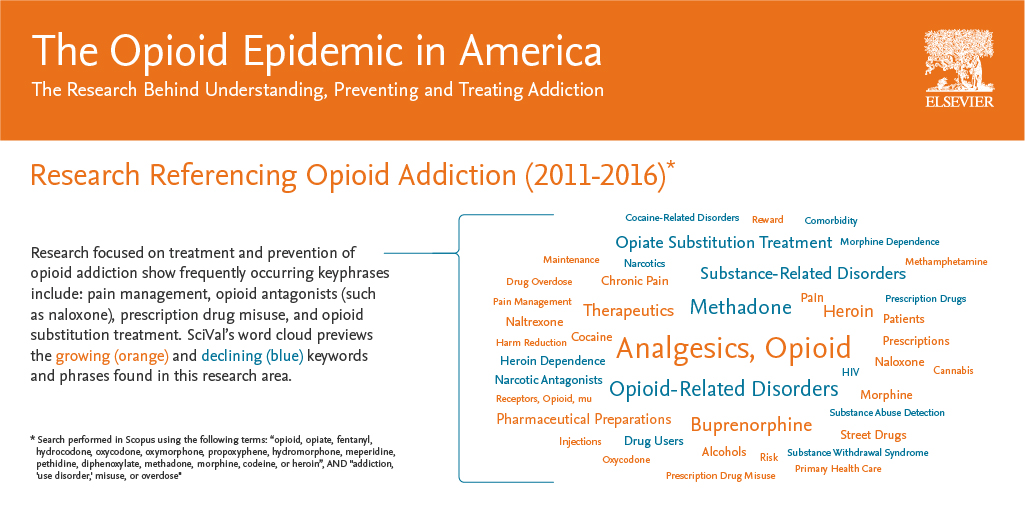 In an earlier article, I offered my opinions on several of the commission’s recommendations, so I’ll continue where I left off.

Related post: Why We Have Shorter Life Expectancy in the U.S.

The commission suggests prioritizing funding and manpower to the Department of Homeland Security’s Customs and Border Protection, the FBI, and the DEA, “to quickly develop fentanyl detection sensors and disseminate them to federal, state, local, and tribal law enforcement agencies.” Additionally, it recommends support for federal legislation “to staunch the flow of deadly synthetic opioids through the U.S. Postal Service.”

Unquestionably, we need more resources to deal with this deadly drug. Since fentanyl is far more potent than heroin, dealers add it to heroin and sometimes totally replace heroin with it. “Customers” love its effect, which can often be fatal, but users are not the only victims. As the New York Times recently reported, “At the children’s hospital in Dayton, Ohio, accidental ingestions have more than doubled, to some 200 intoxications a year, with tiny bodies found laced with drugs like fentanyl.”

While development of fentanyl detection sensors will aid law enforcement in finding the drug in products, conventional urine drug screens at the point of care will not detect fentanyl. Separate testing often has to be done, in addition to the conventional screening. At the supplier level, the commission’s recommended action can stem the supply coming into our country, primarily from China. Decreasing the supply from outside of our borders has the potential to do more to help than decreasing the number of prescriptions being written. As with any criminal enterprise, dealers will find another way to obtain product and develop new analogs that can’t be detected by new sensors. As I write this, there likely is illicit research underway on a different opioid that can be synthesized for a lower price.

Related post: Fentanyl Makes the Opioid Epidemic So Much Worse

Most PDMPs identify any prescriptions for controlled substances obtained by an individual over the past year. This information includes the pharmacy where the prescription was filled, the date, and the provider who wrote it. PDMPs allow providers to determine if there is a pattern of unhealthy opioid prescription use.

In my home state of Ohio, we’ve seen positive results. According to the Prescription Drug Monitoring Program Center of Excellence at Brandeis in its “Briefing on PDMP Effectiveness,” a recent study of emergency departments found that “41 percent of those given PDMP data altered their prescribing for patients receiving multiple simultaneous narcotics prescriptions. Of these providers, 61 percent prescribed no narcotics or fewer narcotics than originally planned, while 39 percent prescribed more.”

When physicians are able to track prescriptions a patient is obtaining, it’s much easier to identify “doctor shopping”. One of the challenges, however, is that a provider must actively query the PDMP, and many providers who are not suspicious or do not have the time due to their huge patient loads may not evaluate the PDMP for every prescription written. While many states allow the PDMPs to be shared with neighboring states, a more effective approach would be to have a national database that can be shared by all. In addition, an alert system for providers that can send alerts when suspicious behavior is suspected, but doesn’t require signing into the system every time, would be extremely beneficial. Another benefit is that medical boards can use PDMPs to identify providers with suspicious prescribing habits.

The commission also urges better alignment, through regulation, of patient privacy laws specific to addiction, “with the Health Insurance Portability and Accountability Act (HIPAA) to ensure that information about [substance use disorders] be made available to medical professionals treating and prescribing medication to a DRAFT 8 patient. This could be done through the bipartisan Overdose Prevention and Patient Safety Act/Jessie’s Law.”

As healthcare professionals know, this is a complicated issue and must be dealt with carefully. While well-meaning privacy laws can sometimes interfere with good patient care, if electronic records were able to “talk” to one another, providers in different locations would have the ability to see potential issues related to addiction. In my experience as an addiction medicine practitioner, family members are often the best source of information and support for those suffering from addiction, and their input is vital. If the information is more readily available, we can identify problems and provide the necessary support earlier and more effectively.

There’s no doubt addiction is a disease that is often fatal. As a physician, I have to wonder why it isn’t treated with the same insurance coverage as treatment of other diseases. Some of my patients with private insurance are limited in the number of visits, while some of the patients with Medicaid are not. Additionally, some health insurance covers inadequate treatment that rarely results in long-term sobriety. This often involves a shortened course of treatment and/or lack of comprehensive treatment, including inpatient treatment, medication-assisted treatment (MAT), counseling, and more.

Related post: Addiction is a Chronic Brain Disease, Not a Character Flaw

We need to address the issue of treatment for the incarcerated. According to the Bureau of Prisons, approximately half of inmates in federal prisons are serving time for drug offenses. Among those in state prisons, 16% list a drug crime as their most serious offense.

These statistics likely underestimate the true number of drug-related crimes. Those seeking to fund a drug habit often turn to robbery, and as I have witnessed countless times, violence is often related to intoxication.

While addiction is a disease, leaving it untreated subjects not just the addict, but society in general, to the consequences of the condition. One solution involves treating the disease in our jails and prisons.

I’ve seen examples of locked down treatment centers for inmates and prisons that offer drug treatment, but MAT is not included. While buprenorphine-naloxone (Suboxone), heroin, and other drugs are sold in prisons, MAT is not available. Patients often have to report to jail while in MAT to serve time for an offense that occurred before their treatment. Frustratingly, I’ve seen patients doing well on MAT who are incarcerated in the middle of treatment, and MAT, however successful, abruptly ends. These patients then suffer from withdrawal and are at a higher risk for relapse. When treatment is interrupted in jail, the patient’s tolerance decreases. Upon release, many relapse and use the same amount of drug they used in the past. But with decreased tolerance, they are at higher risk for death.

Offering comprehensive addiction treatment for the incarcerated is, admittedly, a huge undertaking and will require a drastic increase in services and, as a result, an increase in government spending. In my county (Warren County, Ohio), drug court gives selected offenders the choice of 18 months of probation and participation in a strict outpatient treatment program or jail time without treatment. Many choose jail because it is “easier”. Perhaps, there should not be a choice. Or, perhaps, the treatment can occur during incarceration. Inmates are already receiving room and board and are a “captive audience”. By providing counselors, physicians, and other members of the treatment team increased access to jail treatment, such an approach should increase the chance of long-term sobriety and, for many, end the revolving door of addiction and imprisonment.

Ultimately, we’re faced with a choice of saving money or saving lives. And as a physician who works with the addicted in Ohio and someone providing resources to clinicians treating others, I find that the choice could not be clearer. In the end, if more people achieve long-term recovery, we may accomplish both.

Here is a link to other TDWI posts on substance abuse and addiction.

Leslie R. Dye, MD serves as the Editor-in-Chief of Point of Care Content for Elsevier, overseeing a team of 14 people in addition to practicing addiction medicine at Northland Intervention Center in Milford, Ohio. Prior to joining Elsevier and Northland, Dr. Dye was the training coordinator for Medisync Health Care Solutions in Cincinnati, where she trained physicians in medical coding and worked with multiple electronic health records as well as learned the basics of medical office and hospital workflows. Dr. Dye graduated from the University Of Kansas School Of Medicine and completed her residency in
Emergency Medicine and her fellowship in Medical Toxicology and Hyperbaric medicine at th University of Cincinnati. She was an associate professor in emergency medicine and Pharmacology/Toxicology at Wright State University until she became the editor of Living Longer, a monthly health magazine in the Cincinnati Enquirer. Her publishing career continued as she served as managing editor for a new journal, Innovations, the official journal of the International Society for Minimally Invasive Cardiac Surgery. She later served at the Editor-in-Chief of the Journal of Medical Toxicology, the official journal of the American College of Medical Toxicology. Dr. Dye is the immediate past President of the American College of Medical Toxicology. She is board certified in Emergency Medicine and Medical Toxicology. She is currently the President of the Medical Toxicology Foundation. 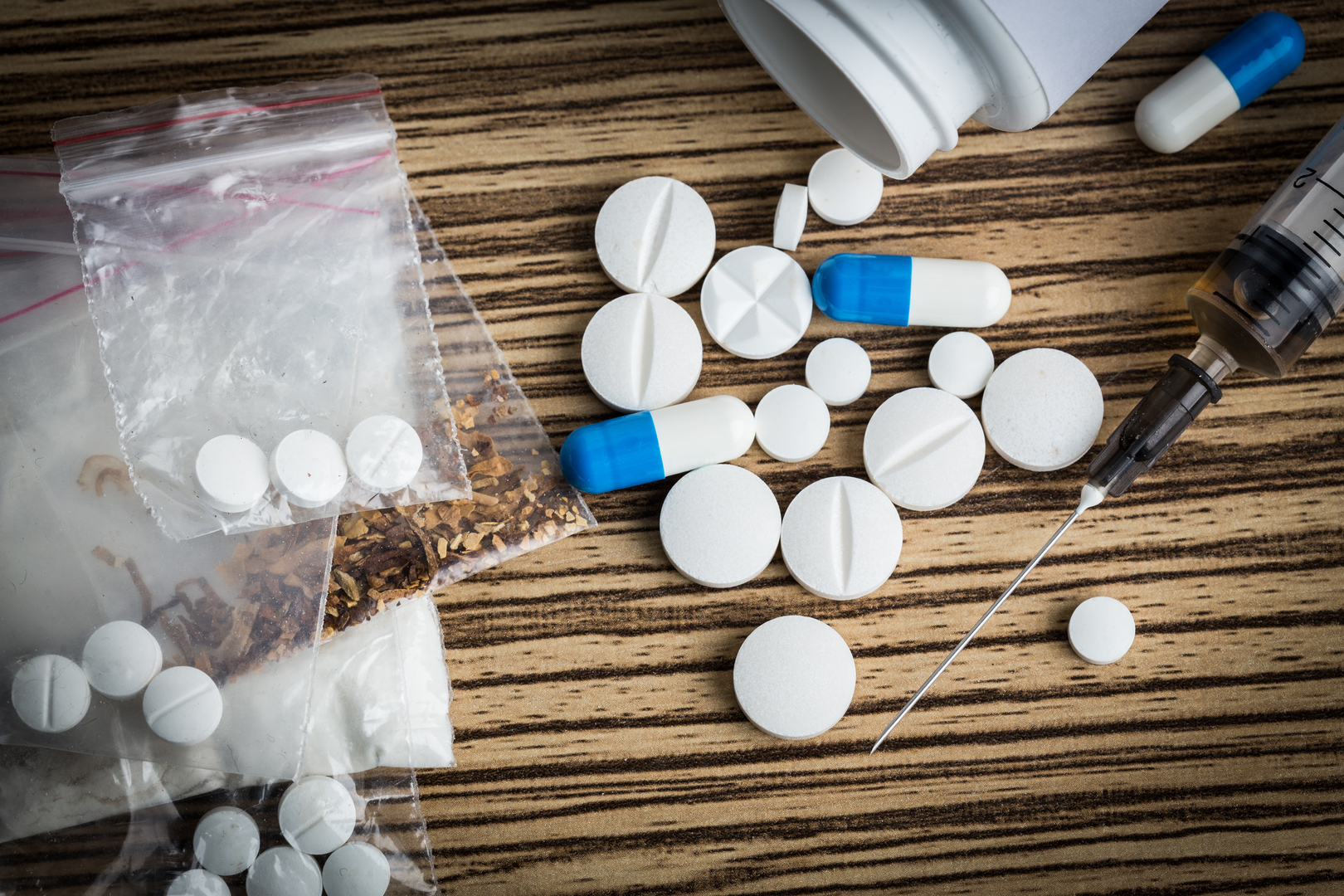 Opioid Addiction is the Cancer of Our Generation

Examining the Federal Response to the Opioid Crisis, Part 1