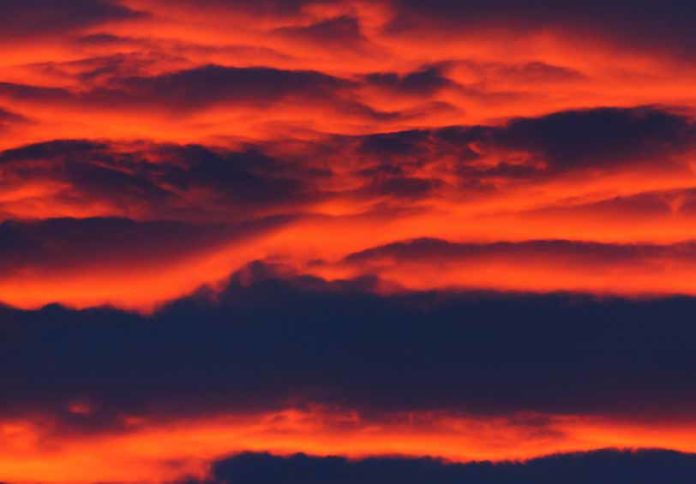 People’s responses to the color red are really interesting. In some people, it evokes a sense of unease, as if something menacing or risky is lurking. Just think of the red traffic light warning us that if we cross disaster may strike, or a failing company that is “in the red”, or the enraged person who “sees red”.

Others like it. As advertising specialists and graphic designers tell us, red connotes a sense of power, of virility, of breaking down conventions. The red flag of the revolutionary left, the red garb of Catholic cardinals, the red suits worn by female politicians for high profile photo ops, the red tie businessmen wear at important meetings. These uses of the color red are all meant to convey the same message: POWER.

Physiological and psychological reactions to red

It has been shown that red radiation is more conducive to producing epileptic seizures than blue light. Conceivably, it could be because the red color is associated with danger and therefore increases an anxiety response to a certain degree, as measured by heart rate and EEG studies.

Psychological research has shown that subtle red color cues can inhibit cognitive performance, increase dominance in competitive interactions, and modulate people’s mating behavior. In many situations, red is associated with danger and perceptions of threat.

A paper published in PLOS in 2015 delved into the question of the connection between red and the sensation of danger, using the design of a website. Specifically, the investigators tested, in two studies, whether red color increased risky behavior. In the first study, they found that including a red (vs. gray) headline in a web-based survey led users to behave in a more risk-averse way (i.e., to choose less risky options).

Likewise, in the second study, users chose a less risky strategy in an online game when the target stimulus was red rather than blue. Both studies provided comparable evidence that including the color red in online environments can decrease the likelihood of users taking online risks that could result in financial losses.

These findings are strengthened by the use of two different control colors, which support the conclusion that the observed differences in online risk-taking are a consequence of the color red and not the chosen control conditions. Overall, the results of both experiments support the view of red as an avoidance trigger.

Do you know? Memories Can Be Modified and Manipulated

How did it all begin?

Here is the amazing thing: At the beginning (and this is not a biblical fable), there was no color discrimination, only black and white. It makes sense, right? Night and day are the very basic and the strongest factors that control the rhythm of life, be it for plant, animals, the savannah, or Manhattan.

The first color to be registered in our ancestors’ brains was most likely red, the color of blood (connoting danger) and fire (power, both beneficial and destructive).

How do we know? Of course, there is no way to have a definitive proof for such an assertion because we weren’t there at the time, but we do have a lot of supporting evidence.

Paul Mckay and Brent Berlin, both of UC Berkeley, devised an ingenious experiment to uncover the evolutionary progression of humans’ color discrimination. They proposed that every culture in history invented words for colors in the exact same order.

Red in the ancient art

Red is one of the first colors to be used by humans as art or body painting. In an archaeological site in South Africa, Pinnacle Point, ochre-colored iron oxide drawings were discovered dating back to 170,000 years ago, coinciding with the time that Homo sapiens transformed from archaic to its modern form.

So as soon as people felt the need to do more than merely exist, they expressed themselves in art painted on cave walls—in black, white, and red. There is no hint of any other color being used, although green, blue, and other pigments were abundant.

But wait, there is more! As late as the 12th century BC, Homer describes the Aegean sea in the Iliad as “the wine-red sea”; he does not use blue or green to describe the sea or anything else for that matter.

In the 20th century BC ancient Indian Mahabharata, or the 18th century BC Ugarit tablets, or the 8th century BC Bible, there is no mention of the color blue (the Bible actually mentions colors that were interpreted as blue, but modern research concludes that they were actually referring to purple).

What’s going on? Were they all color blind?

Interesting: The Surprising Ancient History of Drinking in Excess

What does neurobiology have to say about that?

In 1898, the psychiatrist W.H. R. Rivers went to the Torres Straits Islands, between New Guinea and Australia. There, he investigated the Islanders’ perception of colors. He was astonished to hear the elders describe the sky as black, and a child describing the color of the sky as dark as dirty water.

He and other anthropologists concluded that early humans and isolated cultures were not color blind. They saw all the colors that we see, but consider them as simply hues of white or black or red, not worth inventing a special word for. And, by the way, like the Himba people of Namibia, they paint their body with, you guessed it, red ochre.

Neurobiologists believe that it is not just a simple case of nomenclature, the islanders indeed perceive the sky a bit darker than we do. When we get used to seeing two hues as different colors, language trains us to see them as different entities. The brain then exaggerates these differences, especially at the border areas between them.

Thus red, or blue for that matter, which we perceive as lighter and totally distinct from black, is in reality probably a bit darker and closer to black. In a sense, the “obvious” distinction between black and red or blue is a figment of our imagination.

And, consider this. Following brain trauma, in some cases, there is a temporary loss of color discrimination where everything is in black and white. The first color to come back is red, possibly because the neuronal circuits involved in perceiving black and white are the most ancient and the most developed, and next to them are the ones responsible for the perception of red.

Guy Deutscher an Israeli linguist, wrote a book, Through the Language Glass: Why the World Looks Different in Other Languages, in which he advances the argument that the basis of language is informed by the way we perceive and name colors. The book was translated into 8 languages and was selected by the New York Times, The Economist, and the Financial Times as one of the best books published in 2010.

To extend his observations, we can add the effect that colors, through language, affected brain structure throughout human evolution. This is a remarkable example of how the environment, culture, and natural selection “colluded” to shape our brains.

As my granddaughters would say, “cool!”

This story, originally published on July 26, 2015, has been reviewed and updated by the author.

Advice for People In Recovery During the Holidays