Early Diagnosis of Sepsis is the Key to Saving Lives 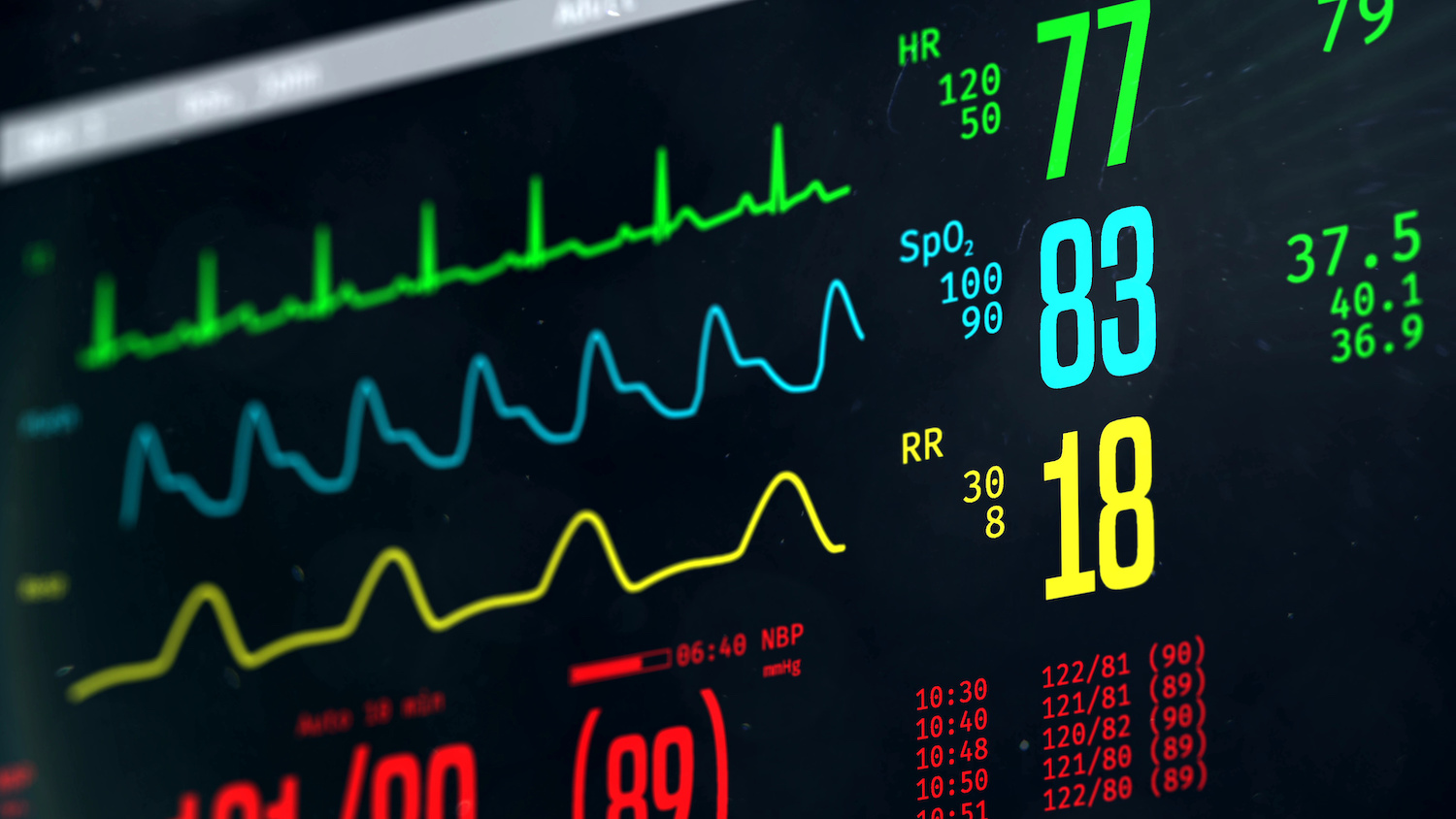 The costs of sepsis are staggering

Moreover, it is estimated by the Sepsis Alliance that the costs related to sepsis are about $27 billion annually.

“Sepsis has been named as the most expensive in-patient cost in American hospitals in 2014 averaging more than $18,000 per hospital stay.

With over 1.5 million sepsis hospital stays in 2014 per year, that works out to costs of $27 billion each year. Studies investigating survival have reported slightly different numbers.

However, it appears that on average, approximately 30% of patients diagnosed with severe sepsis do not survive. Up to 50% of survivors suffer from post-sepsis syndrome.”

Although these numbers may be staggering, they may not hit home until sepsis strikes a loved one, a friend, or even yourself. 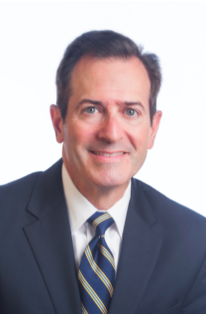 For me, it struck when Dr. Ken Rothfield and I met at a healthcare conference. Dr. Rothfield is Chief Medical Officer at Medical City Dallas, which is operated by the Hospital Corporation of America.

He is also a member of the advisory board of the Physician-Patient Alliance for Health & Safety (PPAHS), a non-profit advocacy group that I founded more than seven years ago.

He has been a strong advocate for and partner in patient safety. While at the conference, he told me:

“I almost died from sepsis.”

It started with a hernia

For Dr. Rothfield, his journey with sepsis started with a decision to finally get his hernia fixed. It was not an emergency visit to the hospital. Rather, it began with a scheduled surgery.

“In 2002, I found out that I had an inguinal hernia on the morning I was supposed to run the Dublin, Ireland Marathon.

Initially, the hernia was small and easily ignorable, but it started becoming increasingly more uncomfortable.

It was time for surgery.

The surgery was scheduled for the Monday before Thanksgiving in 2015. This would give me a long holiday weekend to recover.

I thought I was going in for a simple procedure. I had no idea it would turn into a life-threatening venture.”

The recovery ended up taking months

One of the staples in the mesh hernia repair fell out after surgery leading to a small section of my small intestine becoming trapped.

I was admitted to the hospital at 3 am on Thanksgiving. By Friday, I was septic. I had an overwhelming infection and was critically ill.

Saturday, I had emergency surgery, where they discovered I had a section of gangrenous intestine. That led to a big, open operation.”

I understood the potential worst-case scenario

As an experienced doctor, Dr. Rothfield understood his condition could be fatal. He told me:

“As a doctor with about 25 years’ experience, I understood the potential worst-case-scenario outcomes.

I’ve witnessed enough cases where a patient comes into the hospital with an abdominal catastrophe. Unfortunately, the patient doesn’t make it back home.”

Behind these stark words was this knowledge – the prognosis for sepsis and septic shock is decidedly poor. As Dr. M.H. Schoenberg and his colleagues from the Department of General Surgery, University of Ulm, Germany explain:

“Approximately 10% of patients in the ICU suffer from sepsis, 6% from severe sepsis and 2-3% from septic shock.

SIRS [systemic inflammatory response syndrome] occurs more frequently. Its occurrence ranges from 40% to 70% of all patients admitted to ICUs.

The overall prognosis is still poor despite the recent advances in ICU treatment.

In particular, abdominal sepsis exhibits the highest mortality rate with 72%. The long-term prognosis is equally poor; only approximately 30% of patients survived the first year after hospital admission.

A doctor and a patient with sepsis

Dr. Rothfield has the unique perspective of experiencing sepsis from the point of view of a doctor and a patient. From these perspectives, he emphasizes the need for early detection and treatment of sepsis.

Based on his knowledge and experience, he implores his fellow clinicians to commit to act quickly and proactively:

“I would like you to commit to early detection and treatment of sepsis.

You may not get a second chance to save your patient’s life.

Early diagnosis of sepsis is critical

“First, you have to know when your patient is suffering from sepsis. You must know at the earliest possible time when sepsis is occurring.

Clinical studies show that mortality is significantly reduced if septic patients are identified at early stages of the disease process.

In my own case, I was admitted on Thursday. By Friday I was septic. But it was not until Saturday that emergency surgery was performed which removed a section of gangrenous intestine.

In my opinion, early diagnosis can best be achieved through patient monitoring. Such monitoring would have been able to provide early detection of my sepsis. I could have had an earlier intervention.”

How monitoring can help

Although nursing assessments taken every few hours may detect sepsis, patient monitoring can alert you at the earliest possible moment when sepsis is developing.

“Remember, You may not get a second chance to save your patient’s life – monitor for sepsis.”

Clinicians are scientists at heart. They want to know exactly what they are treating. A delay in treatment while waiting for a definitive diagnosis could be fatal to the patient.

“Clinicians should be open to the idea that treatment needs to start immediately, without necessarily knowing the source of the infection.”

Although much lip service is given to creating a culture of safety, we need to ensure that effective care is the first priority.

Use technology as an enabler for better patient care.

“The use of medical devices and information technologies can improve care. Be open to using new technology to improve the reliability of this process.”

Watch the video, to learn about some examples of these new technologies.

For more information and resources on sepsis, please go to www.sepsis.org or www.global-sepsis-alliance.org.

Please join Dr. Rothfield in proactively monitoring for sepsis so that early treatment can be initiated.

You may not get a second chance to save a patient’s life!

Michael Wong, JD is the founder and Executive Director of the Physician-Patient Alliance for Health and Safety (PPAHS). He has been at the forefront in driving practical solutions that reduce healthcare costs, decrease medical errors, and improve patient health outcomes. He has been particularly active in these areas that most affect patient safety. Opioids Can Kill People in the Hospital Too 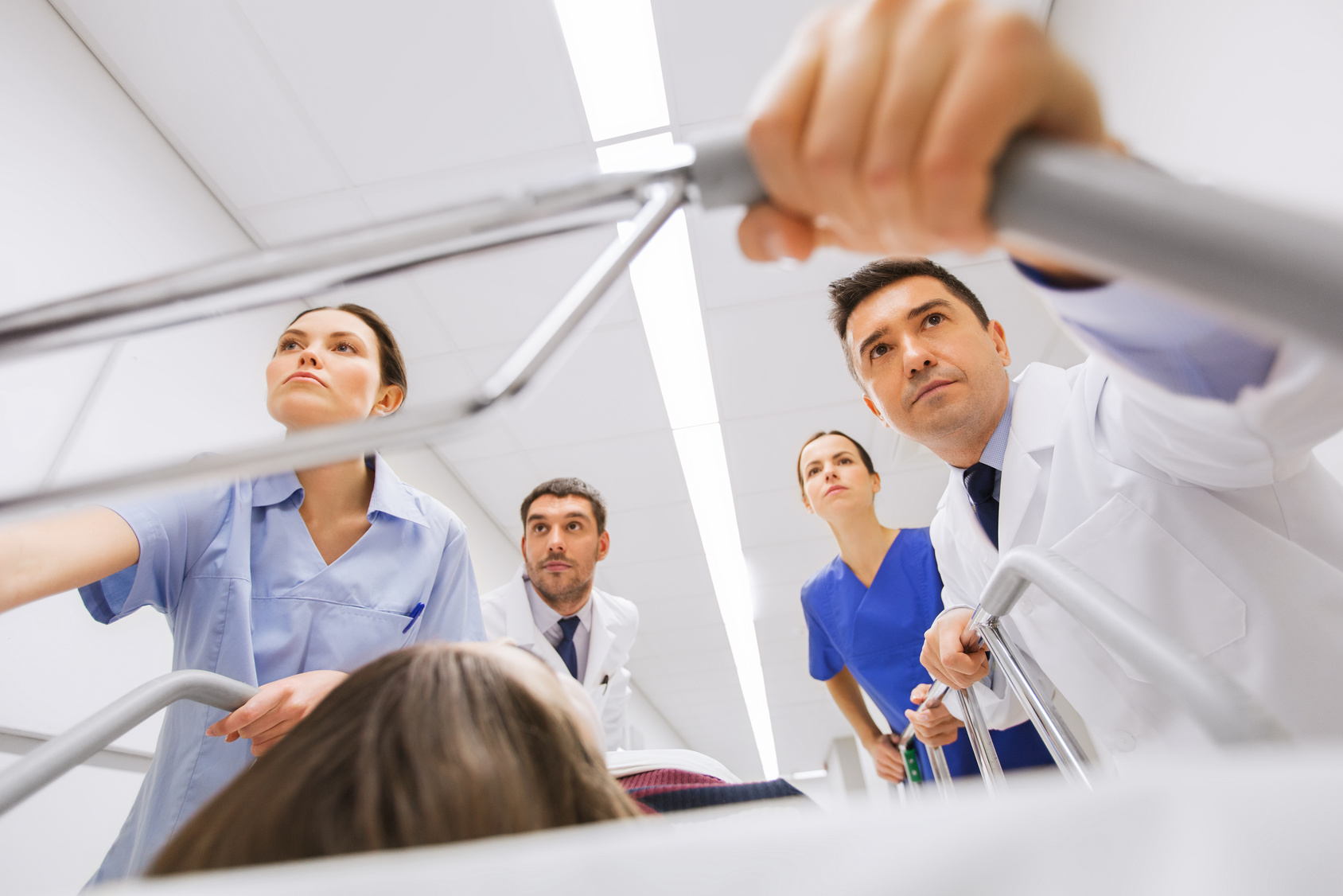 How to Reduce Medication Errors by 82% 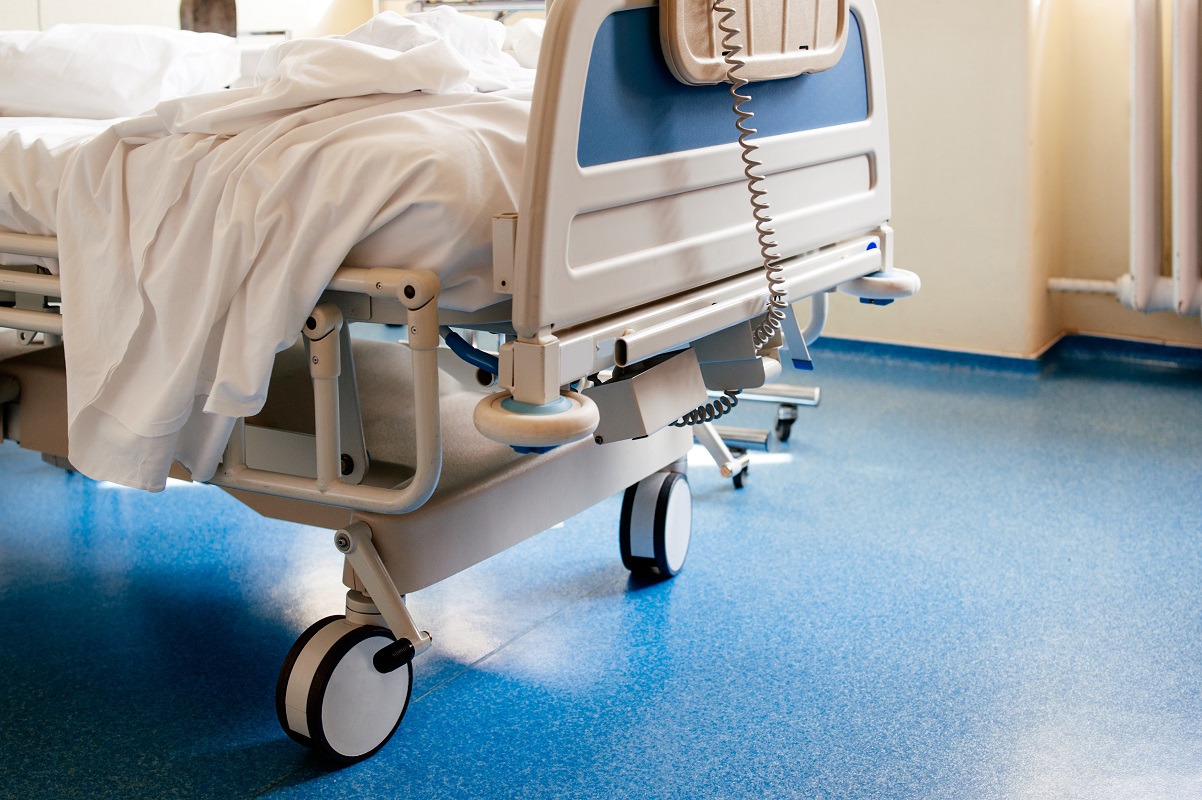 Continuous Monitoring Could Have Saved This Patient’s Life 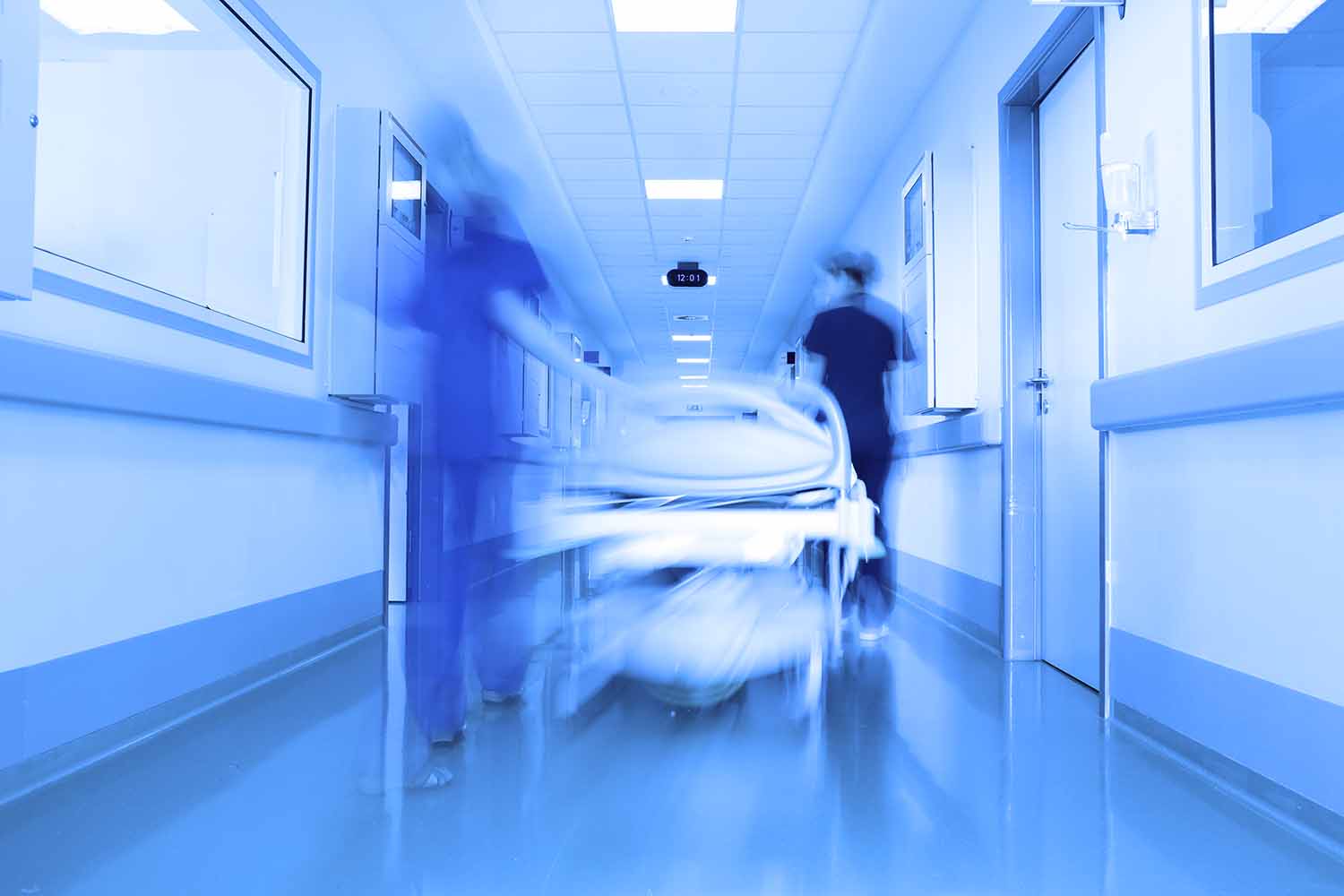