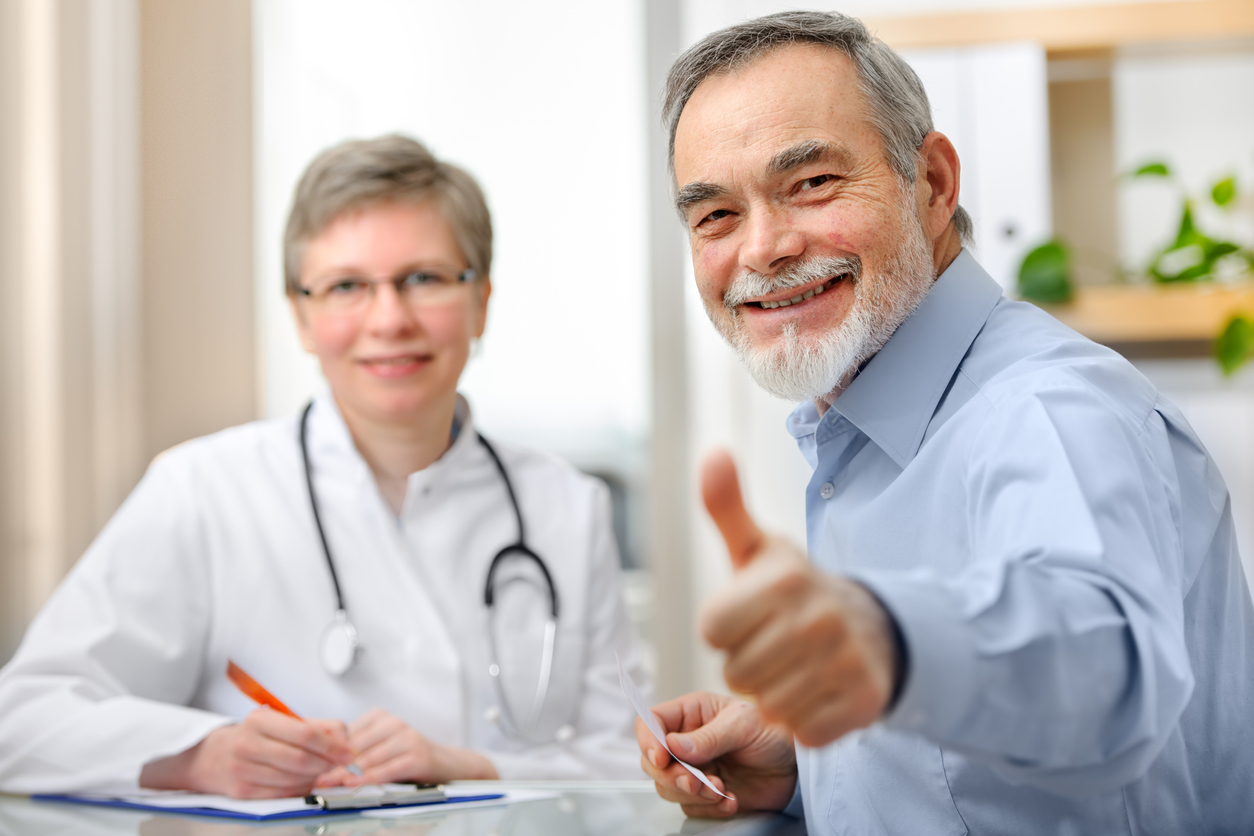 Before I dive into the scientific evidence about whether optimism and pessimism impact health outcomes, let me tell you a short story. When I was a young medical student, I had the opportunity to trail Professor John Englebert (“Bert”) Dunphy on his evening rounds. He was at that time the widely admired and beloved Chairman of the Department of Surgery at the University of California San Francisco.

The good doctor always made a point of visiting his patients the evening before their scheduled surgery. During that visit, he would engage them in a conversation about their upcoming surgery. He would also ask them about their families and their outlook on life in general.

Afterward, he would go to the nurses’ station and strike off the next morning’s list of patients those that were pessimistic about their odds of a successful procedure. I have always remembered what he told me about why he did this:

“In my experience, he said, their odds of surviving a difficult procedure or post-op period are pretty slim.”

I was awe-struck, though my feelings were mixed with a healthy dose of skepticism. In those days, surgeons justified just about everything they did with the phrase, “in my experience.”

Sometime later, an article by Pauline Chen, MD caught my attention. In it, she describes an episode from her medical practice. Her patient, a diabetic, had been hospitalized for a toe infection that should have responded to a simple course of IV antibiotics. But, in this case, it did not.

Instead, the patient required a series of amputations—each one higher up the foot—in an attempt to stem the infection. He began to lose weight and eventually required nutritional support. Then, one day, he died.

Now, these are interesting anecdotes, but you might be thinking, is there actually any scientific evidence that optimism or pessimism can impact health outcomes?

The scientific evidence that optimism and pessimism impact health

In fact, there is real scientific evidence that an optimistic disposition leads to better health. The converse is true for pessimism. Here are but a few findings, out of dozens of articles published on the subject over the last 20 to 25 years:

More by this author: The Unfortunate Consequences of Disbelieving in Free Will

A more recent study by Kim et al. in the American Journal of Epidemiology examined the association between optimism and cause-specific mortality. The strength of this study is that it was prospective. It is also statistically well-powered using data from 70,021 participants in the Nurses Health Study.

Related Content:  Getting Hit By a Truck Taught Me the Power of Love

The researchers measured the participants’ optimism using a standardized instrument calls the Life Orientation Test-Revised. They then divided the study population into four groups based on their degree of optimism, from lowest to highest.

Related content: Positive Psychiatry: What is It and Why We Need It

Here are the HRs they found when comparing the most optimistic quartile to the least for mortality from different conditions:

This suggests a strong association between high optimism and lower mortality from these different diseases. The researchers constructed various models to test whether the association was due to confounding variables, such as sociodemographic factors, depression, and prior illness. Although in some cases the strength of the association was reduced, it was not eliminated.

The good news is that there are numerous studies showing that optimists live longer. Here are a sampling of studies from a variety of well-respected researchers and institutions:

Answering yes to these questions revealed a sense of optimism.

Another study, led by Dr. Hilary Tindle of the University of Pittsburgh, found similar results. The researchers used data from the Women’s Health Initiative, an ongoing government study of more than 100,000 women over age 50 that began in 1994. Participants completed a standard questionnaire that measured optimistic tendencies based on their responses to statements like, “In uncertain times, I expect the worst.”

Their results showed that eight years into the study, women who scored the highest in optimism were 14% more likely to be alive than those with the lowest, most pessimistic scores. The pessimists were more likely to have died from any cause, including heart disease and cancer.

As Dr. Tindle notes, pessimistic women tended to agree with statements like, “I’ve often had to take orders from someone who didn’t know as much as I did” or “It’s safest to trust nobody.” She accounted for confounding factors such as income, education, health behaviors like controlling blood pressure, degree of physical activity, drinking, and smoking and still found that optimists had a decreased risk of death compared to pessimists.

It is noteworthy that the title of Tindle’s article described above is revealing: “Optimism, cynical hostility, and incident coronary heart disease and mortality in the Women’s Health Initiative.” In her study, counter to optimism is not just pessimism, rather, it is cynical hostility.

In other words, the class of “non-optimists” is not limited to the woe-is-me individual. It includes people who may feel optimistic about their own prospects, but are cynical and hostile to others.

So, the underlying factors that govern our health and longevity are not merely cheerfulness versus moroseness, they are also

Dr. Tindle expands on this profound, and uplifting theme in her aptly named book: “Up: How Positive Outlook Can Transform Our Health and Aging. I highly recommend it.

A recent study from the Rockefeller University, published in 2019, looked at the effect of optimism on longevity. According to the authors, their results “suggest that optimism is specifically related to 11 to 15% longer life span, on average.”

They also found optimistic people have greater odds of achieving what they call “exceptional longevity”  – living to the age of 85 or beyond.

Limitations of the studies

It is important to point out that these studies are all association studies. They have not been designed to prove that it was optimism that caused the better outcomes. It could be that optimistic people are more likely to have a healthier lifestyle, including eating better diets, avoidance of drugs or excessive alcohol, and exercising more. Determining cause and effect requires a randomized, controlled study design.

There is a substantial body of literature that strongly suggests an association between one’s outlook on life and one’s health outcomes, including longevity. Although, as we always say in medicine, definitive proof requires that we do more better studies.

That being said, there are no downsides to learning to be more optimistic. I suggest you try it – you just might like the results.