Did You Know that Obesity Can Damage Your Liver? 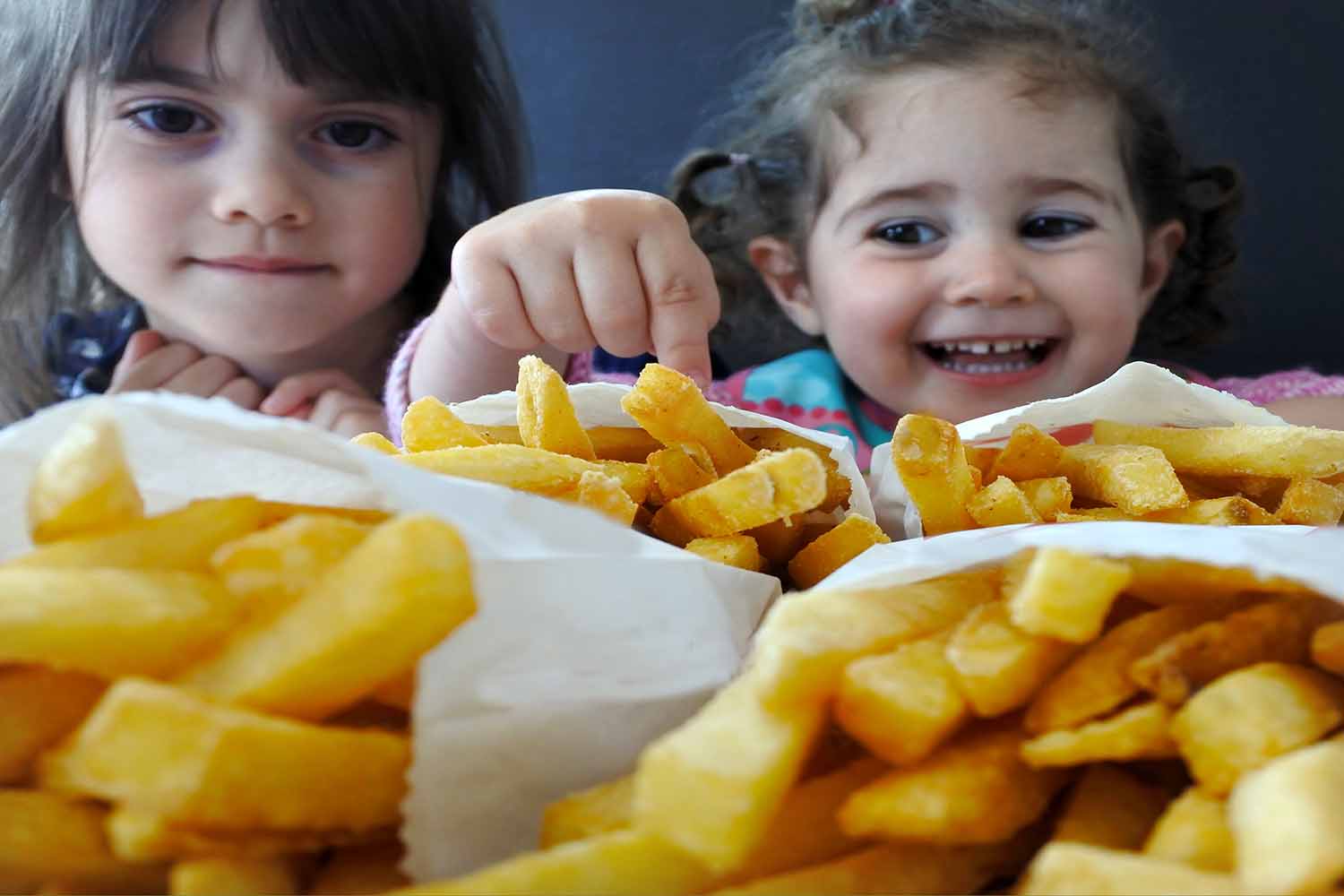 It seems that a week does not go by where we are reading about another story related to obesity in America, or obesity trends globally. What I find even more concerning, are the increasing number of stories being published about childhood obesity. This is the real tragedy that is unfolding before our eyes. From my perspective, as a liver specialist, childhood obesity is public enemy number one.

The latest story was published in the Journal of Pediatrics, from Columbia University. What the researchers found is that childhood weight gain has a negative impact on the liver health in children as young as eight years of age. Larger waist circumference at age 3 raises the likelihood that by age 8, these young children will have early indicators of non-alcohol fatty liver disease (NAFLD).

This excess fat in the liver triggers inflammation in the liver, which in select patients, puts them at increased risk for advanced liver disease and cirrhosis (scarring of the liver). For those of us that are intimate with this topic and clinical scenario, this is an eye-opening report for parents, who need to seriously look at their children’s nutrition, what they are being fed, and the exposure to processed foods that are the norm in today’s culture.

With over 25 years of experience in liver disease, I have written a book addressing these very concerns. Eating Yourself Sick: How To Stop Obesity, Fatty Liver, And Diabetes From Killing You And Your Family is the culmination of my years in practice, sharing my experience and suggestions on how to control this looming public health disaster.

According to the World Health Organization, obesity has more than doubled worldwide since 1980. In 2014, more than 1.9 billion adults were overweight, including 600 million considered to be obese. Those overweight comprised 39 percent of the adult population, one-third of all people age eighteen and over.

Some forty-two million children age four and under were also overweight or obese.3 Since 1980, the rates of obesity have tripled in youth, ages two to nineteen, while the numbers of obese six- to eleven-year-olds has doubled, and obese teenagers quadrupled from 5 to 20 percent. There are significant racial and ethnic inequalities in those numbers. Latinos and blacks, for example, become obese earlier, faster, and more frequently than whites and Asian.

Once thought of as a problem only affecting high-income countries, today obesity is on the rise in low- and middle-income areas of the world. In fact, the World Health Organization (WHO) reports that, worldwide, overweight and obesity now accounts for more deaths than underweight.

In addition to the current Journal of Pediatrics article, a recent New England Journal of Medicine article found childhood obesity to be a strong indicator of obesity at age thirty-five. Obese two-year-olds have a better than 50 percent chance of being obese at thirty-five, showing the powerful predictive value of obesity at a young age.

The discussion about obesity, as a result, needs to start even sooner, and is not just a problem of those adults over fifty years old. Research data further supports the revelation that because of obesity and fatty liver being seen in children, this generation of children will not live as long as their parents, a result of life-shortening complications of type-2 diabetes, liver disease, heart disease, and kidney disease.

Now, it’s true that the liver is capable of regenerating itself. In the very early stages of scarring, there is the potential to reverse some of the damage. But when it is subjected to a destructive, ongoing, vicious cycle of damage-regeneration-damage-regeneration, it begins to develop irreversible scar tissue. Ultimately, that leads to the develop­ment of cirrhosis.

Once cirrhosis has reached more advanced stages, there’s very little that can be done short of a transplant. Without a transplant, death is forthcoming.

Who is at risk for NAFLD?

NAFLD is more common in obese people, and as many as 7% of normal-weight people also have NAFLD. High-calorie diets that include consumption of excess saturated fats, refined carbohydrates, and high-fructose and sugar-sweetened foods and beverages have been associated with NAFLD.

In studies of obese patients undergoing bariatric surgery, 90 percent have NAFLD, and around 5 to 8 percent of them already have cirrhosis. Type-2 diabetes also increases the prob­ability of having fatty liver. Studies have shown that 70 percent of people with type-2 diabetes who have gone in for an ultrasound were found to have fatty liver. And half of the people with high triglycerides and low HDL (bad cholesterol) are found to have fatty liver.

Since metabolic syndrome is an early warning of liver disease, the symptoms may not come from the liver itself but from one of the other characters: obesity, diabetes, or heart disease. If you have any of those comorbidities, those other metabolic syndrome characters, then you are at a higher risk for the development of more scar tissue and cirrhosis, which means you’re at risk for liver cancer, liver failure, and maybe, even the need for a liver transplant.

Related Content: Obesity in Men: It’s Not Just About How You Look

It has become popular with the lay public to refer to liver disease as the silent killer. While I have never truly liked this characterization, probably because not every liver issue will kill you, it does have some credence because all too many patients I have cared for over the past twenty-five years arrive too late to benefit from an early diagnosis and intervention.

But liver disease is called the silent killer because it often doesn’t reveal any real outward signs of problems until it’s too late. Unlike the gallblad­der, pancreas, and other abdominal organs, fatty liver really doesn’t cause pain or abdominal distress. It’s easy for people to ignore it and have a false sense of security that they’re well.

The first sign of a problem is often fatigue, something most people just tolerate by moping along. They make up excuses such as stress, a bad marriage, shift work, or other possible causes. But at age thirty, forty, or fifty, it’s not normal to be “just tolerating” fatigue. If you’re obese, fatigue may be a sign of sleep apnea. It may be related to acid reflux (GERD), which is causing an unrecognized disturbance in your sleeping pattern. Fatigue can also be an early symptom of diabetes, hormonal imbalances, anemia, or a yet-to-be-diagnosed cardiovascular disease or malignancy.

People also have a tendency to tolerate gradual weight gain. Obesity doesn’t usually happen as a fifty-pound gain over six months. It’s gradual, a pound or two every month adding up over several years. With so many extra pounds added on, people tend to overlook another symptom of liver problems: swelling of the legs and feet. Often, they’ll just chalk it up to being on their feet too long.

By the time people come to me, many have advanced scarring and fibrosis. Once someone comes to me with fatty liver or a further progression of liver disease, we have a far more detailed conversation to put their situation into perspective.

When we are able to intervene earlier, when we identify that a patient is on the road to having metabolic syndrome by being overweight and having prediabetes or high blood pressure, we don’t fall back on the punch line, “Eat more fruits and vegetables.”

My staff and I know that simply snapping out some recommendations is an unrealistic way of turning things around. Instead, we guide patients through a detailed assessment that looks at eating patterns, snacking, family structure, barriers to exercise, barriers to eating right, and more. We ask questions such as,

For many people, turning around a lifestyle begins by learning what healthy food looks like.

The obesity epidemic is taking no prisoners.

Now, we need to be especially concerned about our children. Do you share my concern and outrage? You should.

Dr. Joseph Galati (www.drjoegalati.com), author of Eating Yourself Sick: How to Stop Obesity, Fatty Liver, and Diabetes from Killing You and Your Family, is a hepatologist who specializes in caring for patients with liver diseases, obesity and nutrition-related disorders. He attended medical school at St. George’s University of Medicine, and received further training in Internal Medicine at SUNY-Health Science Center-Brooklyn/Kings County Hospital Center. He obtained further expertise in Liver Disease and Transplant Medicine at the University of Nebraska Medical Center. He has been involved in clinical research in liver disease for more than 30 years. Since 2003, Dr. Galati has hosted “Your Health First,” a one-hour radio program each weekend on iHeart Radio’s 740 am KTRH, and streamed globally on the iHeart app. What You Need to Know About Hepatitis