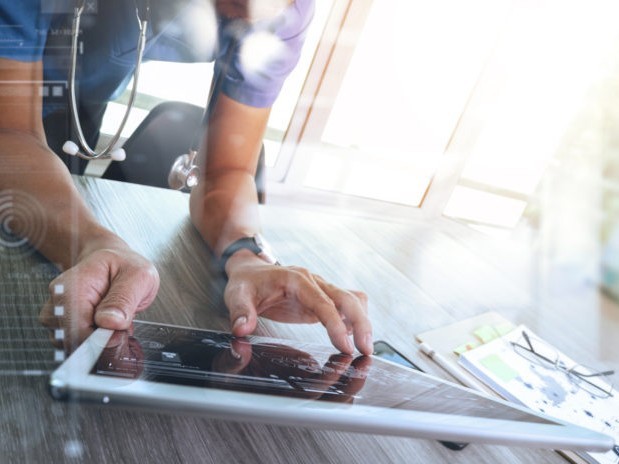 The power of data is undeniable. It can shape policy, inform public discourse, and disprove or confirm long-held beliefs about the world around us.

But data alone won’t save a single life.

Even in 2018, as the Internet of Things (IoT) and connected devices continue to produce and collect more data about everything around us, making useful sense of this information can be challenging. Smart thermostats learn what temperatures we prefer and turn the AC to suit our preferences and schedules, and online retailers can predict when we run out of dish soap and order more—all because they were created to take data and turn it into an action that impacts our lives.

While this is undoubtedly progress, no one will argue that the prevalent use of data today is merely making things more convenient for us. At LiveStories, we believe real progress with data comes when it informs us about the conditions of our lives, shapes the way we think, and affects broader public policies. And that’s exactly what our platform is doing.

Founded in 2013, LiveStories’ mission is to empower civic organizations of all kinds—government, schools, local health departments, and public safety officials—to take data available to them and easily present it in a visual, interactive, and easily accessible way.

How? LiveStories essentially provides users a power tool—or rather, a large set of power tools—to turn rows and rows of sometimes confusing data into interactive charts, graphs, and maps, as well as easily benchmark, rank, and correlate data. What’s more, users can then share what they have discovered and created, allowing for social analysis and review that serves as a marketplace of ideas shaped by data. We like to think we’re doing for public data what Bloomberg did for the financial data, or what Zillow did for real estate.

To say the platform has the ability to shine a light on public health issues is one thing, but as good statisticians and mathematicians say, you should always show your work.

Those who work in public health know data from the Center for Disease Control (CDC) can be a monumental task to analyze. When the CDC recently released new mortality statistics, LiveStories took the opportunity to examine the data on diabetes, one of the deadliest chronic illnesses for Americans.

Using LiveStories tools that allow for easy benchmarking and analysis, we were able to produce a comprehensive report that brought to light some fresh insight and surprising statistics about the disease and its effect on both the economy and our society.

The analysis was eye-opening and provided some hopeful statistics along with some more concerning results. As can be seen above, diabetes as a contributing cause of death has, for the most part, declined over the past 20 years in nearly every age category, particularly for older Americans.

The chart above shows that the number of people living with the disease continues to climb, even though diagnosis rates are declining.

While any statistician will rightly caution against drawing overly broad conclusions, this analysis raises the question of if it’s time for public health officials and government representatives to have a conversation about whether our healthcare system is prepared to cover the costs of care for a population that is living longer with a disease that is increasingly costly to treat.

Conversations are exactly what LiveStories hopes its platform can provide. In the case of our diabetes study, Dr. Jeroen van Meijgaard, Ph.D, Researcher at the UCLA Fielding School of Public Health, talked to us about what the data showed, and how it might affect programs like Medicaid.

“Expenditure growth per enrollee has been lower for Medicare recipients than for those with private insurance,” he told us after having a chance to interact with the LiveStory. “However, with baby boomers becoming eligible for Medicare, total expenditures for Medicare recipients will continue to grow rapidly. Increasing outlays for diabetes care will further drive up total Medicare expenditures. In the absence of containing costs, these increases may lead to changes in funding and cost-sharing arrangements.”

In 2017, Medicare spent approximately $100 billion on diabetes-attributable medical costs for covered individuals over 65 years old. By 2030, based on demographics alone, that figure will rise to roughly $142 billion (in 2017 dollars).

Dr. Meijgaard’s voice is just one in a conversation that has begun. At LiveStories, we hope the ability to share and collaborate on projects such as these, give hundreds more like him and his peers a chance to start more conversations.

Related Content:  Enabling the Internet of Things with 5G Technology

Data alone will not save lives

Data alone will not save lives, but the ability to analyze and share that data in ways that are meaningful can influence those with the influence and knowledge who can.

Adnan Mahmud is the founder & CEO of LiveStories - a startup building data tools for non-technical users. Prior to LiveStories, Adnan co-founded Jolkona (http://www.jolkona.org), a Seattle-based nonprofit whose mission is to educate, engage and empower a new generation of philanthropists by directly connecting them to changemakers on the ground. He is also active as a philanthropy consultant, with focus on youth engagement. He is a regular speaker on youth leadership for the U.S. State Department. His motivation comes from growing up in Bangladesh, witnessing some of the worst conditions that humans are forced to live through, and wanting to do something about it through his skills with organized networks and technology. Adnan previously worked at Microsoft for over 8 years with contributions to all the major Microsoft products. He earned a bachelor's degree from Angelo State University and a master's degree from the University of Southern California.