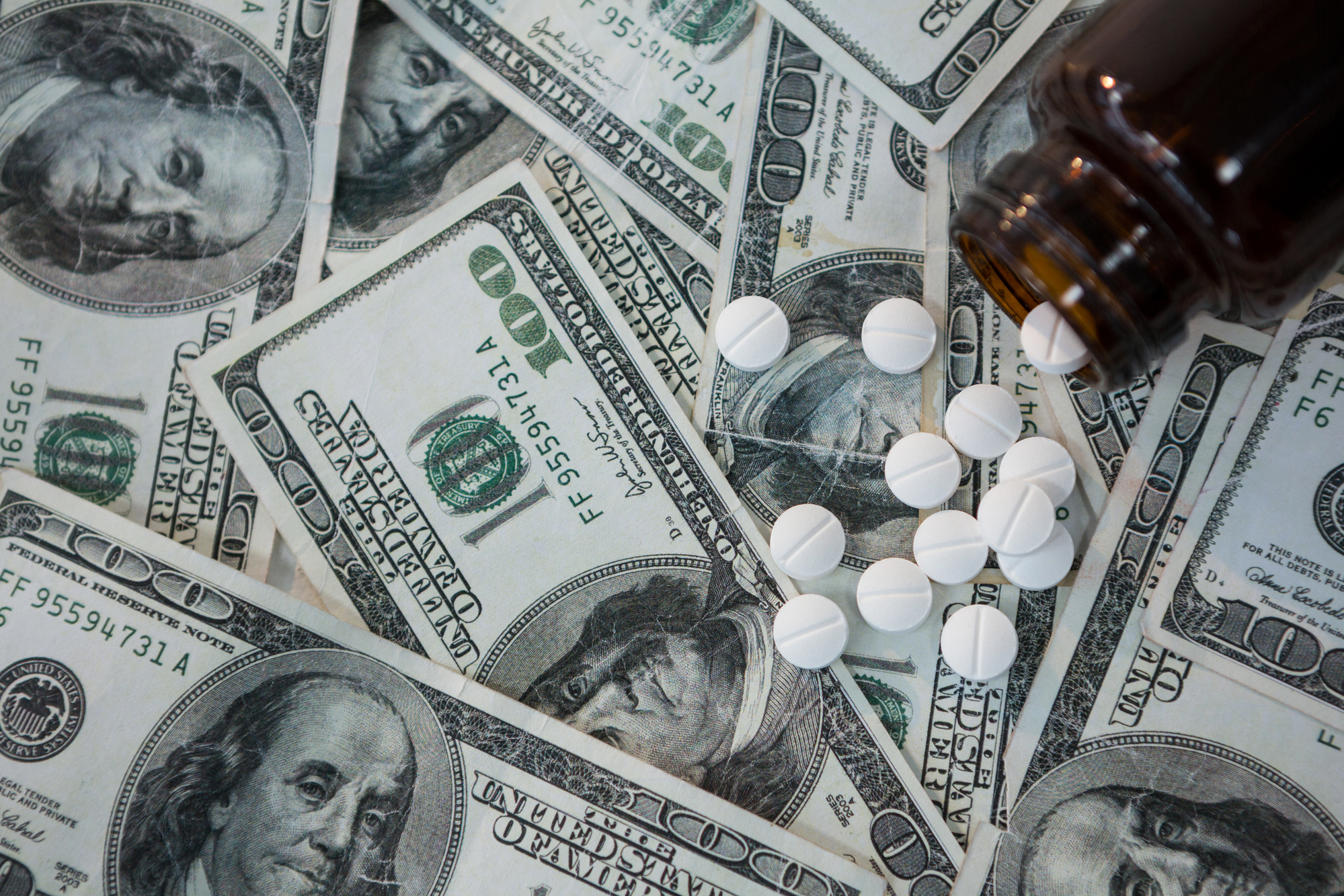 Pharmaceutical companies are generally blamed for America’s high prescription drug prices, but they aren’t the first place to look. Drugmakers do set the underlying prices, but pharmacy benefit managers (PBMs), which health insurers and employers hire to manage their drug benefits, inflate the prices that the payers are charged. This drives profits to the PBMs and results in consumers paying higher copayments to offset these costs.

PBMs are supposed to secure discounts from drug companies and steer patients toward lower-priced medications. They also have large pharmacy networks, guaranteeing coverage to plan members at most local drug outlets. While PBMs do negotiate and receive rebates from pharmaceutical firms, nearly all of those discounts are on brand-name drugs, which represent only about 15% of all drugs prescribed. The remaining 85% of drugs sold in the U.S. are off-patent generics, which already cost much less than brand-name medications. According to the Pharmaceutical Care Management Association, PBMs’ trade association, PBMs pass on about 90% of these rebates to payers, which use them to reduce premiums and out-of-pocket costs for plan members and employees. However, rebates barely offset the amount by which the PBMs mark up the price of the drugs they buy from pharmacies on behalf of payers. So they have little or no effect on lowering premiums and out-of-pocket costs.

The real action is in PBMs’ role as brokers between pharmacies and payers. Wholesalers sell prescription drugs to pharmacies, and then the pharmacies negotiate with PBMs on the prices that they will be paid for those drugs. PBMs’ acquisition costs consist of the “ingredient cost” to the pharmacy, the pharmacy’s profit on that ingredient cost, and a dispensing fee. The PBM then adds a hefty markup to the payer. The difference between the PBMs acquisition cost and what it charges the payer for drugs constitutes the majority of a PBMs income, although it also charges additional fees for value-added services.

If the negotiated price from the pharmacy for a medication is $5, for example, the PBM may charge the insurer or employer $10 for that drug. This “ingredient spread” is supposed to reimburse the PBM for negotiating the price with the pharmacy and establishing the network of pharmacies for the health plan. But in actuality, the ingredient spread represents the lion’s share of revenue and profits that drive corporate earnings.

Two pharmacy chains, CVS and Walgreens, together owned 29% of the retail pharmacy market in 2016. Because they’re so much bigger than any of their competitors, these chains can negotiate higher prices from PBMs than other drug outlets can. For the same drug that a PBM pays $5 to a supermarket chain’s pharmacy, it might have to pay CVS or Walgreen’s $10. If it marks up the cost to payers by the same percentage that it raises the cost from smaller pharmacies, the health plan or employer would pay the PBM $20 for that medication when it is sold at a CVS or Walgreens store.

Copayments on prescription drugs, combined with deductibles and other health plan conditions, determine the patient’s out-of-pocket cost unless he or she pays cash. PBMs and their client plans often scale these copayments to the payer’s cost for particular medications. For example, they may set higher copays for brand-name drugs than for generics. But, because of the cost, PBMs add to the supply chain, the copay for a generic drug may be higher than the cash price of the same medication.

And that’s not all. According to Kaiser Health News, some PBMs “clawback” a portion of the copayment from the pharmacy after the PBM decides what it will actually pay for the drug. This amount, which can be as high as $30 of a $35 copay, goes into the pocket of the PBM, rather than back to the consumer. In some cases, the consumer may be paying more for the drug than the PBM does.

As a result of this crazy system, drug prices are not only higher than they should be but can also vary significantly across pharmacies within a local area. Most physicians and patients are unaware of the wide variations in retail drug prices. As a result, doctors may send e-prescriptions to higher-priced pharmacies that some patients prefer. When those patients walk into the pharmacy and find out how much they have to pay, they may get sticker shock and leave the drugstore without their medication. This “primary non-adherence,” as it’s known, results in up to 30% of prescriptions being abandoned or not filled at all.

When patients don’t take the medications prescribed for them, their health may worsen. In some cases, patients end up visiting the emergency department or being hospitalized for a condition that could have been treated earlier with a prescription drug. So primary non-adherence often causes people to suffer unnecessarily and drives up healthcare costs.

The solution to this dilemma is drug price transparency. If consumers knew where they could obtain the cheapest prices, and if physicians prescribed the most cost-effective drugs, people would pay less out-of-pocket and would be more likely to follow their doctors’ instructions.

Some health plans and PBMs have websites and apps that post the retail prices of pharmacies for some medications. Independent firms like GoodRx provide a similar online service but are also subject to pricing that includes high ingredient spreads that generate profits for both them and the PBMs that administer their price structures. But to avail themselves of these apps and services, patients have to know about them, and many don’t. Also, as mentioned, most consumers don’t know about the large price discrepancies that exist between pharmacies. The best way to ensure that patients are aware of what drugs cost at different pharmacies is to give them that information while their doctors are prescribing their appropriate treatment.

To make this possible, suppliers of electronic health records (EHRs) would have to integrate drug transparency software into their products so that doctors could see what local pharmacies were charging for a particular drug. The tool would also have to tell physicians where their patients could obtain the lowest out-of-pocket costs. For that to happen, the software would need access to information about the patient’s health plan coverage and limits from the plan or within the EHR to determine the patient’s cost after factoring in deductibles, copayments, and out-of-pocket minimums. The software would also show whether the cash price of the drug is lower than the copayment under the patient’s plan.

The same tool could also be used to indicate the best therapeutic alternative to the doctor and could substitute a lower-priced drug that would produce savings to the payer for the one he or she originally selected. Also, because the software would be integrated online with a pharmacy network, it could be used to alert the physician when the patient picked up the medication or abandoned a prescription. Similarly, the physician could use the application to monitor the intervals between refills for long-term or maintenance therapies.

Drug price transparency would change the cost equation sharply in the favor of the consumer as well as the payer. To begin with, if most doctors and patients knew which pharmacies and chains charged the least, business would shift to those pharmacies from pricier stores. As a result, big chains like CVS and Walgreens would be forced to lower their prices.

Second, consumers would know when to pay cash for drugs that cost less than their plan copayments. Not only would this save them money directly, but it would also reduce health insurers’ drug costs by billions of dollars a year. Hopefully, the health insurers would pass on some of their savings to members in the form of lower premiums.

Most important, reducing the cost barrier to filling prescriptions would result in more patients getting the medications they needed, resulting in increased drug adherence. As a result, fewer patients would return to their doctor for the same condition, and the number of emergency department visits and hospital admissions would be reduced. That would mean better outcomes, healthier patients, more satisfied doctors, and lower costs for payers and plans.

Mr. Borzilleri is the Founder of InteliSys Health, the first EHR-embedded company to connect doctors, patients, and insurance companies to the lowest prescription prices while providing medication adherence data back to doctors and insurers. The idea for the company came to life when Mr. Borzilleri was CEO of Valore’ Rx, a pharmacy benefit manager (PBM). He realized that the so-called prescription “discounts” his company was offering included way too much padding. It was good business for a PBM, but it was bad for patients, insurers, and an unsustainable healthcare cost structure. He vowed to develop a technology solution that would uncover and offer the lowest prices at the point of care.

Mr. Borzilleri is a serial entrepreneur with 30 years of experience incubating and launching successful companies across a variety of industries. During the aftermath of the Savings and Loan crisis in the 1980s, he launched several successful consumer finance companies, at a time when consumers struggled to get access to financing for items like automobiles and private-pay medical procedures. Subsequent ventures included a private/corporate aircraft FBO, a commercial airline jet servicing company and a consumer-focused business centered on pre-paid debit and gift cards. Mr. Borzilleri is known for his ability to develop elegant solutions to complex business problems.