CBD Has an Extremely Wide Range of Health Benefits 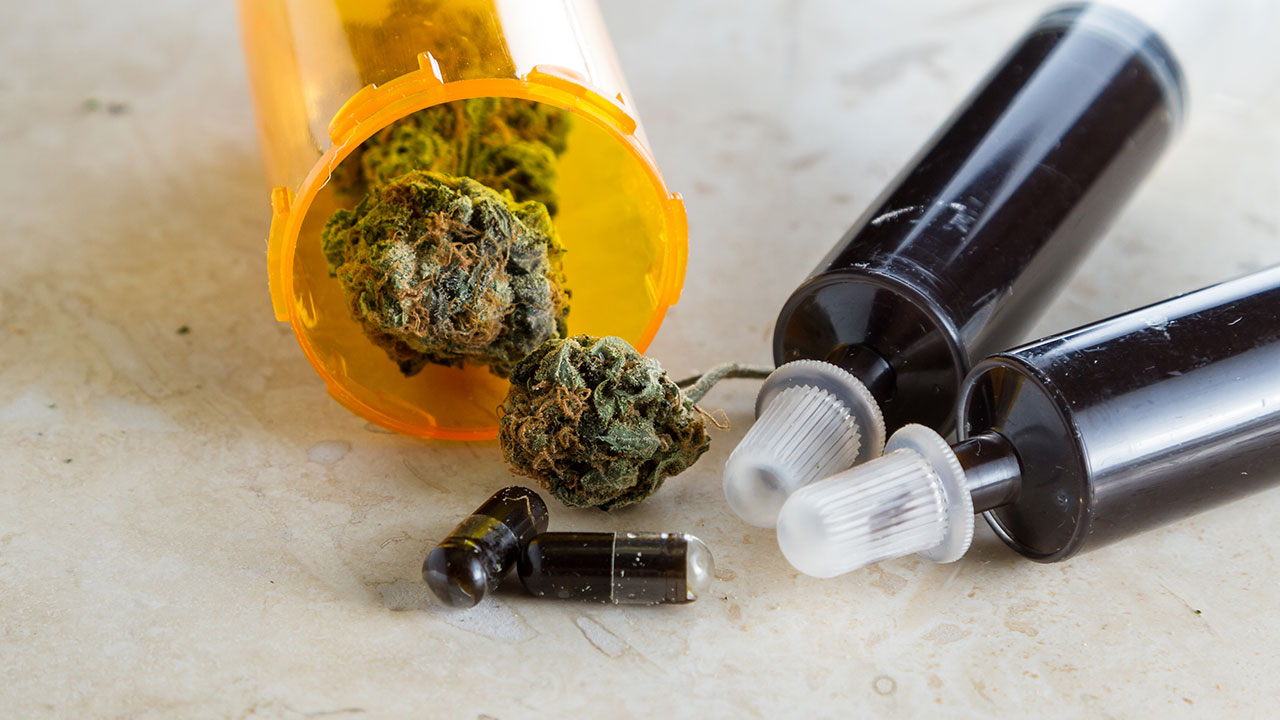 CBD, short for Cannabidiol, is one of the more than 60 compounds that are found in Cannabis sativa. These compounds, known as cannabinoids, are 21-carbon molecules that either stimulate or block endocannabinoid receptors within our bodies.

Scientific studies have shown that CBD and other cannabinoids have a therapeutic value just like the naturally produced cannabinoids within the body. Additionally, CBD is non-psychoactive, which means it does not cause the euphoria or the high that is associated with marijuana and THC. In fact, CBD actually counteracts the effects of THC.1

Scientific research has revealed that CBD has an extremely wide range of health benefits.

Research has shown that CBD is a natural pain reliever. It does this by inhibiting the neuronal transmission in the pain pathways. In other words, it is excellent for migraines and CBD Oil is by far the most popular and most used Cannabidiol supplement to date. Researchers have also proven that CBD suppresses neuropathic pain and chronic inflammation without leading to analgesic tolerance. As such, scientists suggest the use of CBD as a therapeutic agent in chronic pain treatment.2,3,4

Scientific studies have shown that CBD has antipsychotic effects. That means its pharmacological profile is the same as that of atypical antipsychotic drugs. Studies have also revealed that CBD prevents experimental psychosis and it is being tested as a treatment for schizophrenia.5

Research has shown that CBD reduces anxiety among social anxiety disorder’s patients. Studies have also shown that it can be used to treat panic disorder, post-traumatic stress disorder, and obsessive-compulsive disorder.6,7

There are numerous scientific reports that prove the effectiveness of CBD in fighting cancer. That’s because CBD has antiproliferative and pro-apoptotic effects. These effects inhibit invasion, adhesion, and migration of cancer cells. Some studies have also shown that CBD has the ability to inhibit breast tumors’ growth while fighting cancer cells.8,9

Related Content: Medical Marijuana: What Is CBD and How Is It Different Than THC?

Clinicians report that CBD is more effective in fighting medical conditions when used with other cannabinoids. Each cannabinoid has its healing attributes but when they are used with CBD, the impact is greater than when each is used individually.

Diving in a little deeper… The entourage effect of CBD refers to its cooperation with other cannabinoids such as THC. This phenomenal collaboration occurs when natural components of the hemp plant interact in the human body to yield a stronger influence in comparison if one of the cannabinoids is used alone.

The plant itself and all of its cannabinoids work together and produce a synergistic effect. But scientists have come to understand that when CBD is mixed with other specific cannabinoids, they don’t produce an additional effect, but rather, a multiplying effect.

There is a relationship between certain cannabinoids that amplify the effects of each other making them more effective when used as a treatment. Basically, the entourage effect means that when specific cannabinoids are joined and used together, 3+3 doesn’t equal to 6…but instead, would equal 7 or even more.10

Here are three painful conditions that CBD has shown potential to relieve:

Studies have shown that cannabinoids inhibit the growth of cancerous tumors. Researchers have established that when CBD and THC are used together, they switch off a gene that causes metastasis. Metastasis is the spread of cancer to the other body organs. That means cannabinoids and CBD can limit the spread of cancer in the body. Most importantly, CBD does not cause psychoactive effects. That means it can be used as a treatment for different cancers that cause pain including brain cancer, breast cancer, and melanoma.11,12

Arthritis is in most cases caused by inflammation in the joints. CBD has anti-inflammatory properties which enable it to provide pain-relieving effects in arthritis patients. Many people have used CBD gel to relieve arthritis-related pain. A study that was conducted in 2016 by researchers using rats showed that CBD reduces inflammation as well as the pain that arthritis causes in the joints.13

Migraine is characterized by serious, throbbing pain that is experienced on the frontal head area. It causes feelings of vomiting, nausea, and sensitivity to light and sound. In some cases, visual disturbance that may include auras precedes a migraine. Many people that suffer from headaches and migraines use CBD as a treatment. CBD works as a promoter of a healthy endocannabinoid tone.14

This is a misconception that brings stigma among CBD users. Although THC has psychoactive effects on the user, it also has medicinal properties. That means both CBD and THC are ideal for medical uses.15

2. CBD is illegal because you are not allowed to grow it

This is false in two separate ways; CBD products are only illegal in the states that do NOT allow medical marijuana use. If your state allows medical marijuana, you are allowed to take CBD. The statement that a person is not allowed to grow CBD is in direct connection with the law about growing marijuana in general. You can only grow marijuana (which includes CBD) if you obtain a permit to do so.16

CBD is a non-toxic compound that can be used for a wide variety of symptom relief and can be taken for a longer period of time because it does not have any addictive properties. Even though CBD is showing extreme potential to be the latest natural medical breakthrough, scientists are still vigorously conducting more research to unravel exactly how CBD operates and works against different medical and health conditions.

CBD has become vastly popular over the last year and it is very important that we all thoroughly educate ourselves to learn more about the therapeutic potential of CBD and if/how we can implement it into our everyday, natural, organic, healing supplements.

Christopher is a web designer, blogger, and online social activist who has an incredibly strong interest in helping cancer patients worldwide. Cancer hits very close to home with Chris as he has lost four family members to various forms of this disease. One of his latest projects is Cannabidiol Life. While controversial to some (due to the fact that much is not known), it is the first medical resource and product guide that comprehensively explains and helps families around the world learn about the benefits of CBD in connection with over 50 diseases and health conditions.

“Even though there is still much to be learned about CBD, here at Cannabidiol Life, we like to think of ourselves as present day explorers who’ve entered and started a small fire in a deep dark cave that has been blocked off for years.
Although we aren’t the first to ever enter the cave, nor the first to start a fire, we’ve still managed to create our own flame. Difference is, we intend to keep the fire burning until we uncover all the writings on the wall and we will make sure the whole world knows about it.” - Christopher Visser