Cannabidiol Approved to Treat Rare but Severe Forms of Epilepsy 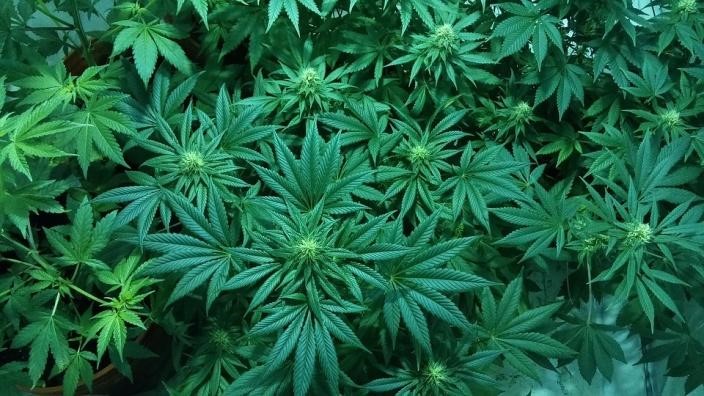 Medical cannabis or marijuana is perhaps one of the hottest topics in the US right now. Both supporters and skeptics are discussing the issue of using its derivatives, especially Cannabidiol oil, also commonly known as CBD oil, in the treatment of various medical conditions including depression, anxiety, arthritis, and cancer among others.

Unfortunately, medical marijuana still remains illegal in many US jurisdictions. Only 29 states and the District of Columbia have comprehensive medical cannabis programs while just 17 states have passed legislation approving the use of CBD (but not medical marijuana) for medical purposes.

Not many physicians are willing to prescribe CBD oil or its derivatives to patients, especially children, and seniors. But, in a landmark decision on June 25, the U.S. Food and Drug Administration (FDA) approved the first-ever marijuana-derived drug called Epidiolex. It will be used to treat seizures associated with two rare and severe forms of epilepsy.

Epidiolex is an oral solution of cannabidiol. It does not cause intoxication or a high that comes from tetrahydrocannabinol (THC). It is the first of its kind medicine in a new category of anti-epileptic drugs (AEDs).

It will be manufactured by the British firm GW Pharmaceuticals which funded the latest clinical trials for the drug before the FDA approval. The drug will be used to treat two rare forms of epilepsy, namely Lennox-Gastaut syndrome and Dravet syndrome.

Treating patients suffering from these two types of epilepsy with available medication is often difficult. According to Dr. Angel Hernandez, division chief of neuroscience at the Helen DeVos Children’s Hospital in Grand Rapids, most children and adults suffering from these syndromes do not respond to normal pharmacological treatment. “The drug helps suppress seizures and increases our options to treat many of these patients with very difficult-to-control epilepsies,” he said.

According to Dr. Orrin Devinsky, director of NYU Langone’s Comprehensive Epilepsy Center who also leads the team of researchers in the drug development, it is still not clear how the drug produces the desired effects where so many present options fail. “It appears to work on receptors that alter brain chemistry in a way that reduces the chances of a seizure,” he said. It also remains unclear whether the drug can prove useful in the treatment of other more common types of epilepsy.

Is This a Step Towards Medical Marijuana Legalization?

While there is no clear-cut answer to this question right now, the significance of this decision, however, goes well beyond the medication itself. FDA’s approval is more likely to encourage researchers and pharmaceutical companies across the nation to study medical applications of highly-purified CBD oil.

Calling this a landmark decision, Justin Gover, CEO of GW Pharmaceuticals, firmly believes that Epidiolex will pave the way for other medications derived from cannabis. “This approval is not just a landmark for Epidiolex and for patients who may benefit from this specific medication, but also a strong belief from this company that cannabinoids have a bright future in the form of other drug candidates derived from the cannabis plant across a range of other disease areas,” told Gover to CNBC.

Although FDA commissioner Dr. Scott Gottlieb also praised the importance of well-controlled clinical studies which lay the foundation for the development of this drug, he made it clear that this approval shouldn’t be considered a legalization of marijuana in general.

“This is an important medical advance. But it’s also important to note that this is not an approval of marijuana or all of its components. This is the approval of one specific CBD medication for a specific use. And it was based on well-controlled clinical trials evaluating the use of this compound in the treatment of a specific condition. Moreover, this is a purified form of CBD,” he said.

Still, the medical marijuana research community should celebrate because this breakthrough will lead to further studies in the field of not only epilepsy but also ailments such as cancer, depression, insomnia, and arthritis among others. In fact, Therapix Biosciences and CURE Pharmaceuticals are (jointly) already working on developing a cannabinoid-based drug to treat sleeplessness.

The Drug Has Fewer Side Effects

Of course, like all other drugs, Epidiolex also comes with a few side effects which may include sleepiness, sedation and lethargy, elevated liver enzymes, decreased appetite, and diarrhea. But, these side effects are few compared to the others drugs on the market.

“Compared to other drugs used to treat epilepsy, I think Epidiolex, which is 99-percent pure cannabidiol, has a better side-effect profile than many of the available drugs,” said Dr. Devinsky.

In fact, the drug is probably the safest option out there. The trials included 225 patients (age 2 to 55) suffering from Lennox-Gastaut syndrome divided into three groups. They were given 10 mg and 20 mg doses per day. Only seven patients dropped out of the trial owing to the side effects, six from the 20-mg group and one from the 10-mg group. The most common cause of stopping treatment with Epidiolex was a change in liver function.

It Will Hit the Market Soon

Despite FDA’s approval, it will take a little longer for the drug to hit the market thanks to the conflicting federal laws. The U.S. government still classifies marijuana as a Schedule I substance. In other words, all cannabis-related products are considered to have a high potential for abuse and no medical use whatsoever.

According to Barbara Carreno, spokesperson for the agency, this change is inevitable. “We don’t have a choice on that. It absolutely has to become Schedule II or III,” she said. Rescheduling is expected to occur within 90 days.

We will have to wait for three months to see Epidiolex become a Schedule II or Schedule III drug. However, when it happens, the present laws governing medical marijuana will become more transparent. The physicians and pharmaceutical companies will no longer have to wade through a complex and conflicting web of federal and state laws.

Hopefully, it will also open up a new door for research and legalization of other marijuana derivatives such as tetrahydrocannabinol (THC). For the time being, however, this drug has given a ray of hope to the families, especially children, suffering from rare types of epilepsy.

Joy Smith is a speaker, mentor, entrepreneur, mother of four, and grandmother of six. After trying a number of poor quality CBD products, she teamed up with her family to develop an organically grown, full spectrum hemp oil to help people who suffer from a wide array of ailments. Visit Joy’s website to learn more https://joyorganics.com/