Why Drug Discovery is So Hard and High Risk 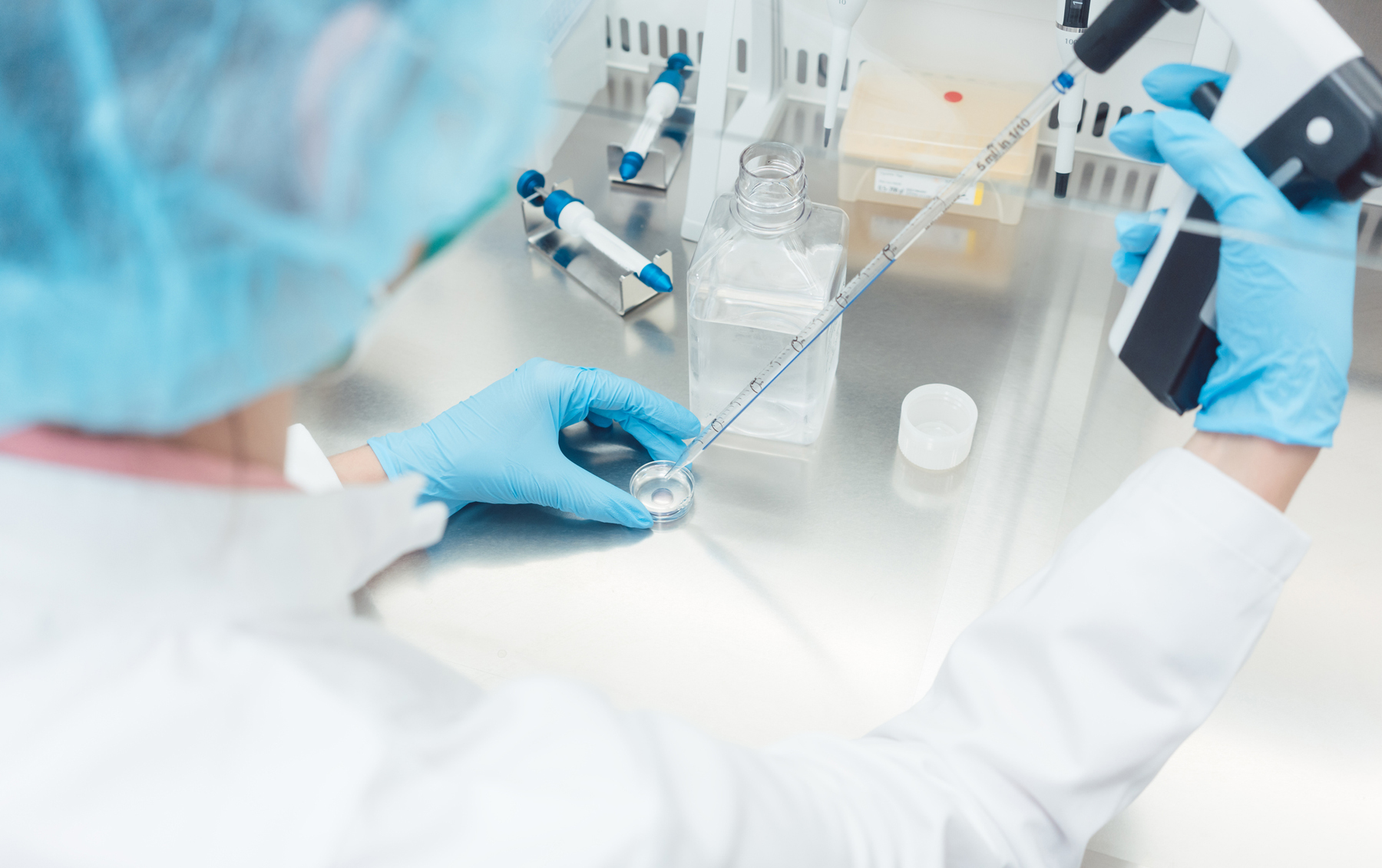 Developing and bringing a drug to market takes years of research and human trials before it is approved by the Food and Drug Administration (FDA) for use in the US and by other regulatory agencies around the world. Cancer treatment is one of the top research areas for the biotechnology and pharmaceutical industry. It has resulted in the improved prognosis for tens of thousands of cancer patients over the past few decades, including those diagnosed with difficult-to-treat cancers.[7]

For example, a review study published in 2017 found that the five-year survival rate for patients with non-small cell lung cancer (NSCLC) had improved between the years of 1988 and 2008, due in large part to improved treatment options and better diagnosis.[8]

These improved survival rates can be attributed to targeted therapies, as seen in a 2010 study that tested the targeted drug, Gefitinib, against the standard chemotherapy treatment for NSCLC with a mutated EGFR gene. The study results showed that 61.4% of patients treated Gefitinib were alive two years later, compared with 46.7% of patients treated with the standard carboplatin-paclitaxel protocol.[12]

The American Cancer Society attributes these improved survival rates to the discovery and efficacy of targeted therapies. This will be discussed further in the third article.[14]

The improvement in survival rates is due, in part, to the discovery and use of new medications for treating these conditions.[15] A number of innovative companies, such as ARIAD Pharmaceuticals (now Takeda Oncology), participate in drug research to help progress the field and improve the outlook for patients suffering from many diseases, including cancer. But the process of discovering, developing and testing new treatments is a long process that does not always lead to an approval.

In fact, according to PharmaceuticalTechnology.com, for every medication that receives approval from the FDA, approximately nine fail. Echoing this, David Taylor states in his book, Pharmaceuticals in the Environment, that less than 1% of candidate drugs make it to the pharmacy shelf.[16]

However, these statistics are misleading, because they take into consideration all medicines for all diseases that the pharmaceutical industry has pursued.  Most importantly, these numbers are not based on cancer drug discovery – a process that has been refined and expedited based on the incredible discoveries in cancer biology and genetics. For focused biotechnology companies, we have sought to achieve success rates of much greater than 50% from the laboratory bench to the patient.

As summarized in the American Society of Clinical Oncology’s website, there are three phases involved in the creation of a new cancer medicine; preclinical research, clinical research, and post-clinical research. This article will discuss how researchers identify potential treatment opportunities, the research process from laboratory to patient treatment and the approval process and post-market testing.

Discovering a potential drug can take many forms, from accidental discoveries, such as Alexander Fleming’s discovery of Penicillin, to deliberate tests searching to overcome a specific problem or resistance.

The latter situation is more common in modern cancer research since many cancer patients who suffer a relapse often cannot use the same treatment method as they used before. This is often the case because cancer has a tendency to develop resistances to treatments, frequently offering a starting point for scientists.[17]

Preclinical research takes place in a lab and is required by the FDA to prove that the experimental drug does not have the potential to cause serious harm to people.[18]  This research takes two forms: in vitro and in vivo.[19]

In vitro studies are performed in a laboratory environment and do not involve live animals. Whereas in vivo research involves a living organism, typically an animal at this point in the process.[20]

If the treatment proves to be successful after these tests, it moves on to the next stage of research. While animal studies have been a required component of drug discovery for decades, efforts are underway to eliminate as much animal testing as possible. This is because, in many instances, animal studies of cancer are misleading and put animals at risk and discomfort.

ARIAD is one of many biotech companies that has participated in cancer-treatment research. The company was built around discoveries in the human genome, which became available to scientists worldwide in early 2000 (right after Y2K), opening up our understanding of the relationships between genetic aberrations and human disease. A significant portion of their research focuses on overcoming resistances to treatments in cancer.

One example of ARIAD’s work dealing with resistant cancer was its work with brigatinib, a tyrosine kinase inhibitor (TRI) used to treat certain forms of NSCLC.[21] Studies showed that a number of patients with ALK+ NSCLC who suffered a relapse no longer responded to initial treatment methods. This is because the tumors developed mutations in the ALK gene leading to resistance to the medications used to initially treat the disease.[22]

A 2016 study found that brigatinib was able to overcome ALK resistance in lab mice and human tissue when tested in the lab.[23] These results gave researchers hope that the drug would be successful in treating tumors when tested on patients with ALK+ NSCLC.[24]

In 2017, brigatinib was approved to treat patients with ALK+ NSCLC for whom crizotinib no longer worked after a phase two trial that was published in the journal of clinical oncology.[25]

After a drug has shown success in a laboratory setting, an Investigational New Drug application is submitted by the drug’s sponsor to the FDA, which details the results of past studies as well as future research plans.[26] The FDA can refuse approval for further testing at this point, or it can permit human testing to begin if the following scenarios are present[27]

If the trial proceeds, normal volunteers or advanced cancer patients are recruited to initially test the medication based on certain criteria.

Clinical trials have four phases in the United States, each of which seeks specific outcomes. The following information regarding trial phases comes from Center Watch, the FDA and the American Society of Clinical Oncology’s website.

Phase 1 trials are the first time a therapy or medication is tested on humans. These trials are used to determine the initial safety of the therapy, as well as gain an understanding of how the human body reacts to it.[28]

The test group in this phase is usually 20-100 healthy volunteers or patients with advanced cancer, allowing researchers to pinpoint any side effects or potential issues with the medication.[29]

According to Center Watch, approximately 70% of medications make it past this point in the approval process.[30] In some cases, a clinical trial will combine Phases 1 and 2.

Phase 2 trials involve more patients than Phase 1 trials and are used to determine if the medication is effective in treating the disease against which it is being tested.[31]

Many of these studies are randomized, meaning one group of patients receives the experimental medication, while another group, the “control” group, receives the standard treatment protocol for the disease.[32]

These studies give researchers the data they need to show clinical investigators and the FDA, how safe and effective the medication is.[35] About one-third of new drugs make it through Phase 1 and Phase 2 studies successfully.[36]

In some cases, the FDA will approve a medication after a Phase 2 trial if it meets certain requirements. Companies can file applications to the FDA to have their drugs considered under one of four approaches:

Each of these scenarios has intricacies that are not applicable to all medications and oftentimes require additional studies after the drug is approved and available on the market.[38] For example, ARIAD’s cancer medicine, brigatinib, was approved after a Phase 2 study through the Accelerated Approval process.[39]

Phase 3 trials often involve hundreds to thousands of patients, allowing for large-scale testing of the medication.[40] There are exceptions, and some novel treatments for rare diseases have been approved with less than 100 patients in total.

Phase 3 trials can last several years and offer data as to the long-term efficacy of the drug, as well as possible adverse reactions.[41] Of the drugs that make it to Phase 3, 70-90% will successfully complete this phase of testing.[42] Once a Phase 3 trial is complete, a medicine’s sponsor can file for FDA approval to market the medication.[43]

To bring a drug to market, the sponsor must complete a New Drug Application (NDA) that documents the entire history of the drug, from its first days in the lab to where it stands after the latest trial.[44]

Once this application is submitted to the FDA, a review team has 6 to 10 months to look over the information and decide whether or not to approve the medication.[45] If they grant approval, the company and FDA work together to develop and refine prescribing information.[46]

Even after a drug has been approved by the FDA and brought to market, the work is not done. The FDA monitors all medications on the market for any long-term side effects or adverse events.[47] Additionally, the sponsor may continue pursuing clinical trials called Phase 4 trials.

Studies performed in this phase are often referred to as Post-Marketing Surveillance studies. They take place after a drug has become available to patients.[48]

At this stage, there are a few goals: compare the drug to others on the market, monitor for long-term effectiveness or adverse events and determine the cost-effectiveness of the therapy relative to others.[49]

Companies may also use these studies to determine if the medicine is effective against other diseases. This is also referred to as searching for new indications for the drug.[50]

Should the sponsor find that the drug is successful in treating other conditions, it must file supplemental applications with the FDA for approval to be used under new indications. These studies can also result in a drug being taken off the market or having restrictions placed on it, should adverse effects be uncovered.[46]

Discovering, developing and marketing a new drug takes years of research and review before a new treatment is approved and brought to market. That said, when new treatments do make it to market, the results can be life-altering.

The final article in this series will discuss drugs developed by ARIAD and other pharmaceutical and biotechnology companies and how they have changed the outlook for many cancer patients.

Other articles in this series:

Dr. Harvey Berger founded ARIAD Pharmaceuticals, Inc. in 1991 and served as Chairman and Chief Executive Officer of the company until 2015. Today, he acts as the company’s Founder, Chairman and CEO Emeritus, in addition to his duties as the governing trustee at the Dana-Farber Cancer Institute. From 2017 to 2018, he served as the Executive Chairman at Medinol, Inc. Dr. Berger earned his A.B. degree in Biology at Colgate University and his medical degree from the Yale School of Medicine. He completed additional medical training at Yale-New Haven Hospital and Massachusetts General Hospital.

Before founding ARIAD, Dr. Harvey Berger developed new medicines for various diseases, including lung cancer and Crohn’s Disease, and led the Research and Development Division at Centocor, Inc. from 1986 to 1991. He has also held teaching positions at Emory University, Yale University and the University of Pennsylvania. In 2013, he was awarded the Ernst & Young Entrepreneur of the Year Award in New England and the Gold Stevie Award for Executive of the Year, Pharmaceuticals. Dr. Berger currently resides in Palm Beach with his wife and two daughters. 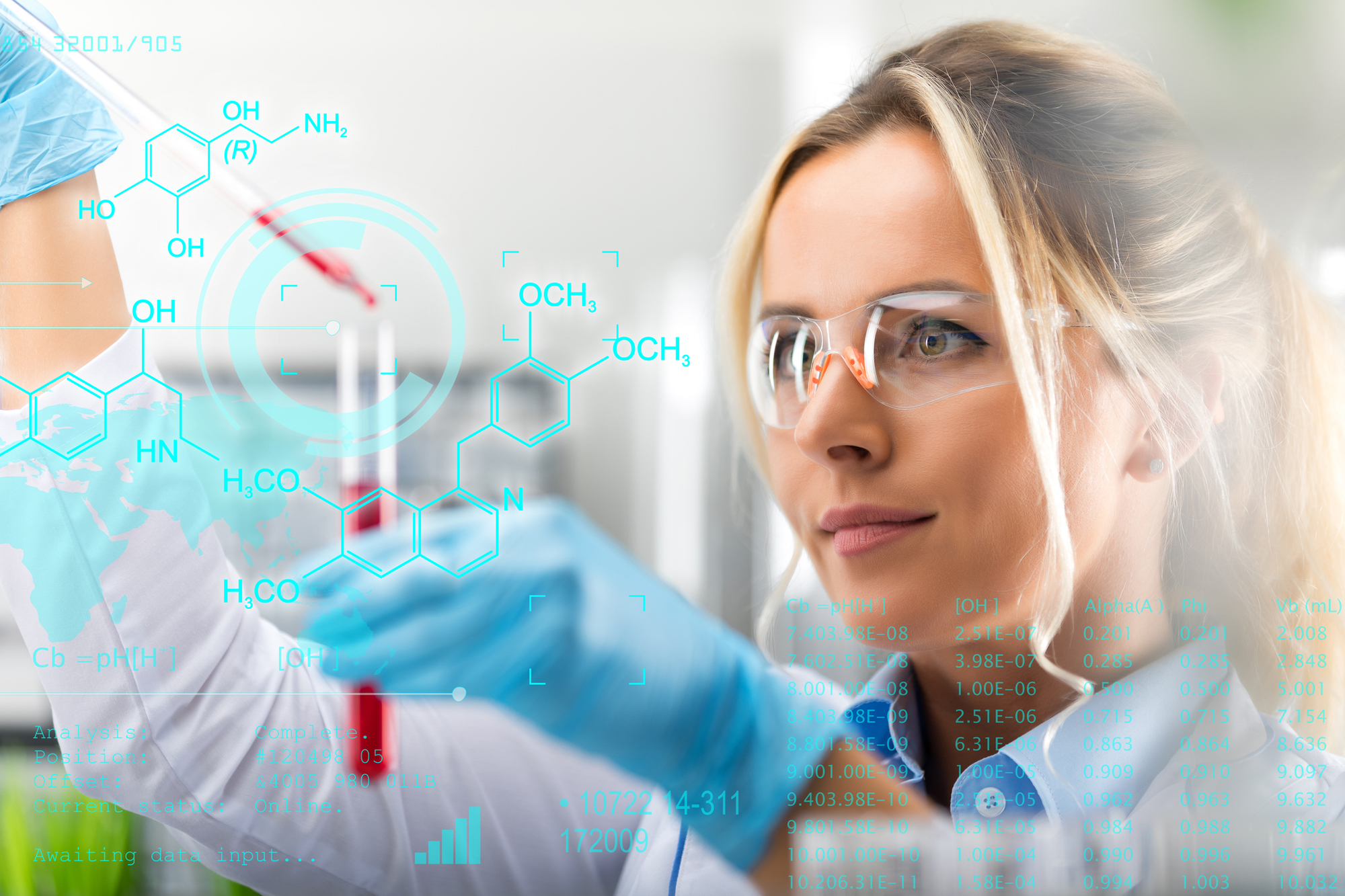 Recent Advances in the Treatment of Cancer 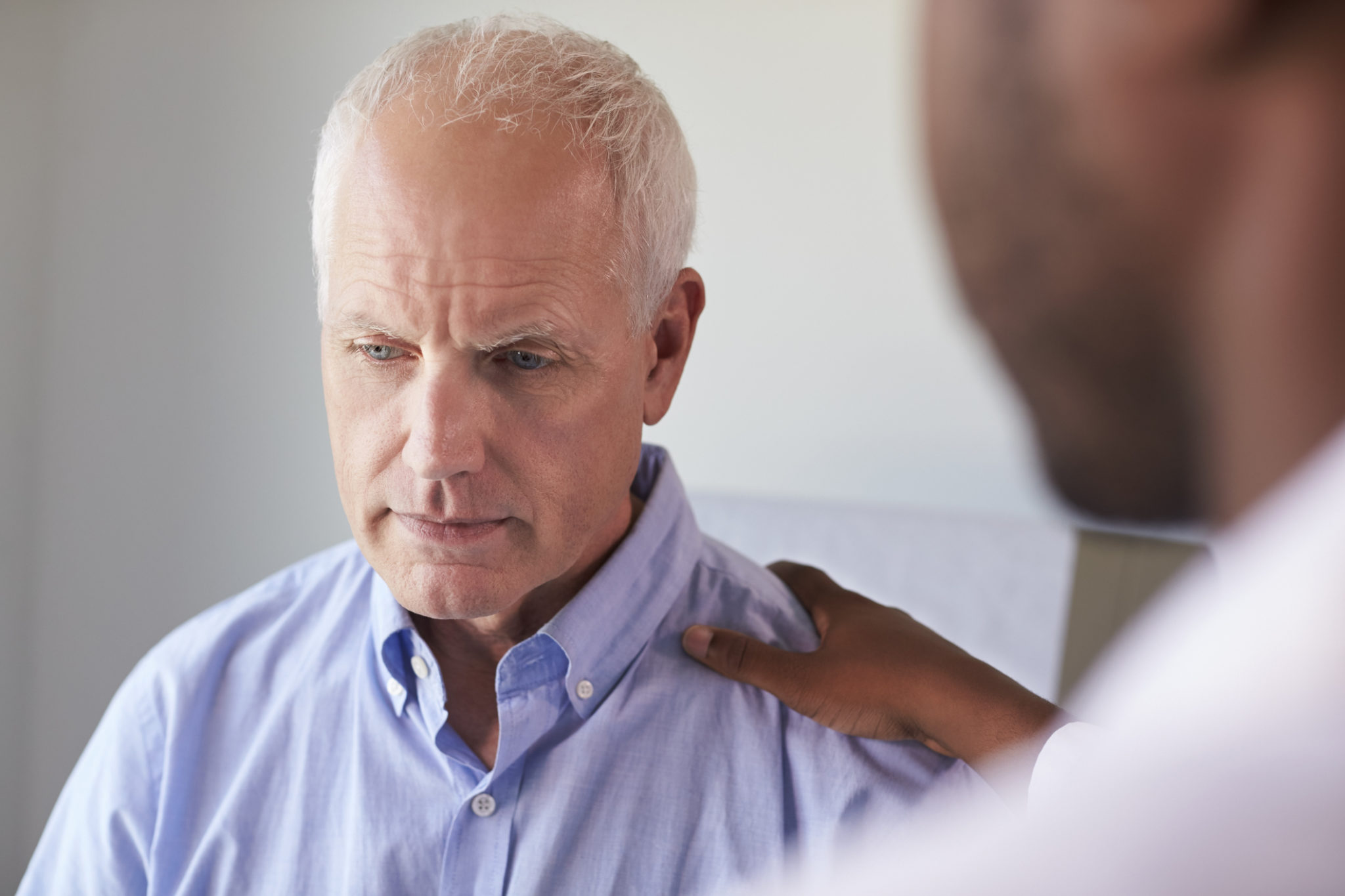 What Comes After the Diagnosis of Cancer?