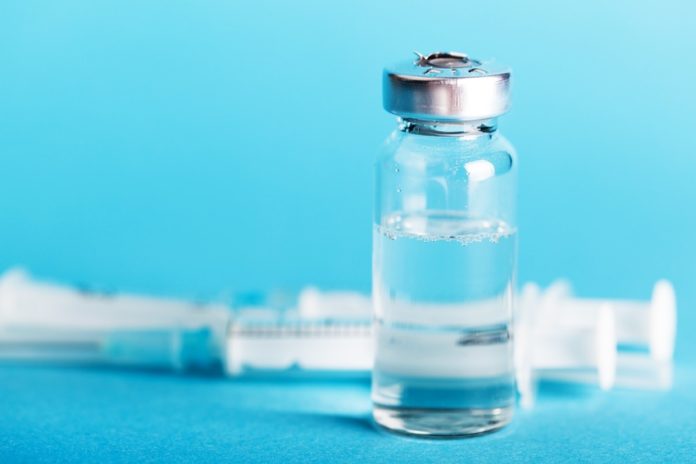 Over and over again, we hear about the opioid epidemic on the news, online media outlets, social media, and the radio. It’s no surprise there is such a prevalence of coverage surrounding this topic because so many people are dying from opiate-related overdoses. A number of these fatalities have resulted from overdosing on heroin often laced with fentanyl.1 Discussing the opioid epidemic and addiction problem in the United States is a powerful way to bring attention to the problem, and begin to rally treatment providers and policymakers to the important cause and necessary steps of finding solutions.

“The statistics behind the opioid epidemic are harrowing. A lot of people are dying at an alarming rate from opioids. But, why are people now suddenly paying attention to this when drug addiction has taken so many lives for decades? When you look at the statistics of overdose going back to 1999 you see a dramatic increase in overdose deaths—which became exponentially more severe in the past decade. In 2016 alone, there were over 20,000 overdose deaths just from synthetic opioids.”2

In the article, Mr. Levenson highlights the positive impact of President Trump declaring the opioid epidemic a national emergency. Namely, that declaring a national emergency will fuel the fire of much-needed policy changes to restrict the amount and inappropriate prescriptions of opioids, fund state electronic prescription monitoring systems, and fund research to explore medication-assisted therapies and perhaps to even find a vaccine to combat to effects of heroin.2

Heroin is a powerful and dangerous drug

Heroin is a powerful drug, to say the least. From the National Institute on Drug Abuse:

Once heroin enters the brain, it is converted to morphine and binds rapidly to opioid receptors. Abusers typically report feeling a surge of pleasurable sensation—a ‘rush’. The intensity of the rush is a function of how much drug is taken and how rapidly the drug enters the brain and binds to the opioid receptors. With heroin, the rush is usually accompanied by a warm flushing of the skin, dry mouth, and a heavy feeling in the extremities, which may be accompanied by nausea, vomiting, and severe itching. After the initial effects, users usually will be drowsy for several hours; mental function is clouded; heart function slows; and breathing is also severely slowed, sometimes enough to be life-threatening. Slowed breathing can also lead to coma and permanent brain damage.3

It cannot be overstated that sometimes the slowing of breath and heart function from heroin use is life-threatening and can cause brain damage. Even more frightening, when taken in large quantities, and/or laced with Fentanyl, the impacts of heroin can be deadly.

The idea of a heroin vaccine has been around for a number of decades, with research and studies pushing the effort to find something effective. However, recently a group of researchers including Bremer, Scholosburg, Banks, Steel, Zhou, Poklis, & Janda (2017) published an article regarding a vaccine that has shown particular promise in blocking the drug effects and potency of heroin in mice and monkeys.

An efficacious heroin vaccine has been identified through optimization of the adjuvant (CpG ODN + alum), carrier protein (TT), and hapten (HerCOOH). The vaccine is efficacious in basic preclinical mouse and NHP models over a wide range of heroin doses, accomplishing an important milestone in the drug development process to human clinical trials.4

Based on their work, moving this heroin vaccine into human clinical trials is the next logical step. The impact of a heroin vaccine on the opioid epidemic is exciting but still unclear. Many have argued that a heroin vaccine such as the one presented here is not broad enough to cover all forms of opioid-based drugs including morphine and fentanyl. Others have also stated that opioid addiction is not just about curbing the effects and potency of the drug, but also addressing the underlying factors that contributed to the addiction. Another concern is that a vaccine such as this is only effective for people who want to stop using versus those who do not. All are viable concerns and show the limitations that are inherent in a shot or pill solution for a complicated disease like addiction.

The biological and genetic impact of the creation of a heroin/opioid addiction vaccine as well as the treatment of addiction from a biological perspective is an important arm of combating the current epidemic as well as addiction in general. However, given the impact addiction has on individuals, families, communities, and nations, we cannot forget the emotional, familial, social, and even spiritual impact of this chronic brain disease on those who suffer and those who love them. A human-centered, multi-pronged approach is needed to effectively identify and treat addiction properly.

A good example of utilizing a multi-dimensional approach can be found in the American Society of Addiction Medicine’s six dimension assessment helping professionals know the appropriate intensity of treatment/intervention services. The six dimensions include:

The ASAM Criteria structures multidimensional assessment around the six dimensions to provide a common language of holistic, biopsychosocial assessment and treatment across addiction treatment, physical health, and mental health services, which also addresses the spiritual issues relevant in recovery.5

Indeed, a biopsychosocial approach to addiction is not only important in the assessment and decisions regarding level of care, but also all the way along the treatment and recovery support continuum.

The new data about a heroin vaccine working in mice and monkeys is exciting indeed. I look forward to seeing the data and impact of human clinical trials in blocking the drug effects and potency of heroin. Such a vaccine could contribute in saving many lives by reducing relapse and overdoses. I see the day coming soon where a vaccine is utilized effectively in combination with other treatment modalities.

However, let us not forget that substance addiction is complicated in its formation as well as in its treatment and recovery. We must continue to get better in addressing not only the biology of addiction and treatment but also the psychological and social aspects of disease formation and recovery. By addressing all aspects of the disease we have the best chance of interrupting the opioid epidemic and addiction in general.