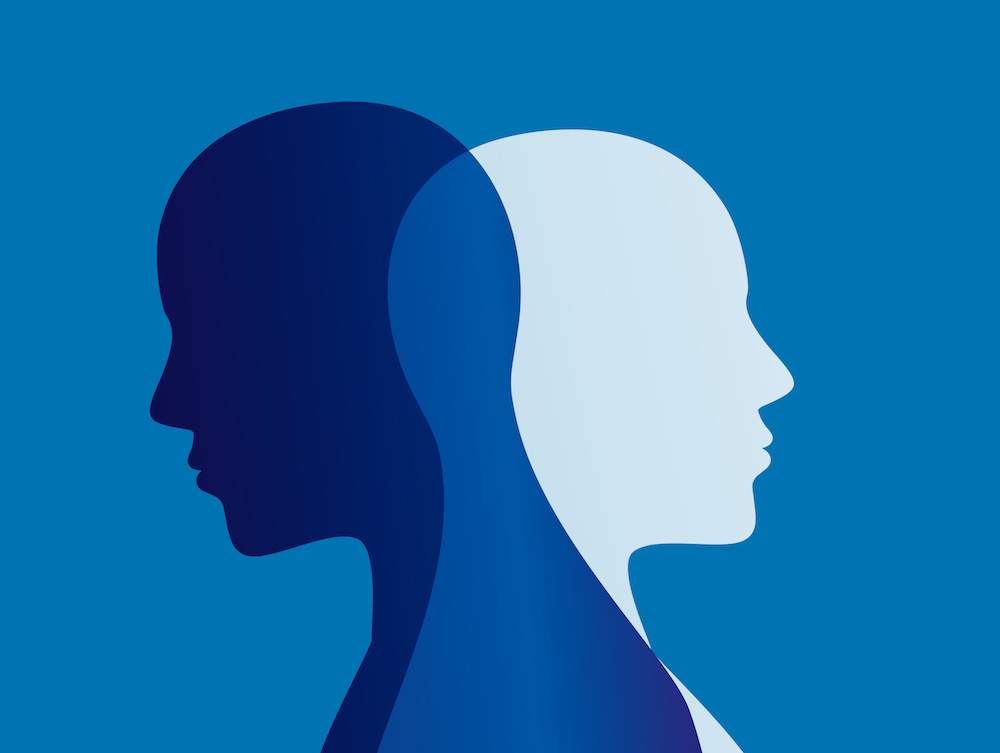 The purpose of this post is not to agree or disagree with Mr. West’s diagnosis but to utilize this opportunity to create discussion and raise awareness about this mental illness. Often associated with creativity, eccentric personality, and unstable moods, the illness is not “a disease of the rich” or “a modern world problem.”

The two extremes of mood, “melancholia” and “mania” have been documented by ancient Greek physicians and philosophers. French psychiatrist Jean-Pierre Falret created the first concept of a new psychiatric disorder which he termed “folie circulaire” (1851) or “circular insanity”, a mental disorder characterized by a continuous cycle of depression, mania, with symptom-free intervals of varying lengths between the two extremes. It has been speculated that Vincent Van Gough (1853-1890) might have suffered from bipolar disorder. He lived an extraordinary life but committed suicide at the age of 37 after spending the last years of his life in a psychiatric hospital.1 Several celebrities like Mariah Carey, Catherine Zeta-Jones, and Jane Pauley have revealed details of their battle with this illness in an effort to raise awareness and decrease stigmata about mental illness.

The National Institute of Mental Health (NIMH) estimates that less than 40 percent of people with bipolar disorder receive “minimally adequate treatment.”2 Unfortunately, this is likely due to a lack of education and social stigma associated with mental illness.

What is bipolar disorder?

Bipolar disorder (BD) is a disabling psychiatric disorder that presents in approximately 1.5%-2.5 % of the population.2, 3 The term “bipolar” means “two poles” signifying the polar opposites of mania and depression which afflicts an individual with BD.

Previously known as “manic-depressive” disorder, it is classified as a form of mood disorder in the International Classification of Diseases (ICD-10). The condition can affect men and women equally and often starts in late teens or early adult years (20’s). Though uncommon, childhood-onset has also been noted.

This significant disability is usually a result of cognitive and functional impairment leading to damaged relationships, poor job or school performance, legal trouble, problems related to drug and alcohol use. And eventually increased mortality, particularly from suicide.

What causes the condition?

The exact cause of the illness is not well understood and it is likely that many factors contribute to the onset and increase its risk.5

What are the bipolar disorder symptoms?

The intense pattern of emotions ranges from mania or “high highs” to depression or “low lows.” Hypomania is a less severe form of mania that doesn’t include psychotic symptoms and people can function well in social situations. It is often said that overachievers might be functioning in a “hypomanic” state. Those with hypomanic episodes are classified as having Bipolar Type II.

These distinct periods of mania, hypomania, and depression are known as “mood episodes” and the severity varies from person to person. These episodes don’t necessarily follow a pattern. For example, an individual diagnosed as unipolar depression all his/her life may end up experiencing only one manic episode in their lifetime, thus changing the diagnosis to bipolar disorder. The duration of each mood episode can last from days to weeks to months. In between these mood episodes, individuals can also be symptom-free.

According to the NIMH, the characteristics of mania and depression are shown in the table below.5

What are the types of bipolar disorder?

Bipolar I: One has had at least one manic episode and this may have been preceded or followed by hypomania or major depressive episode. But the latter are not required for diagnosis. Sometimes mania can be severe leading to a break from reality or psychosis and need for inpatient admission to a psychiatric unit.

Individuals can also experience a “mixed” state in either type of BD, where there is co-occurrence of mania or hypomania or depression.

Individuals with BD might also struggle with anxiety, drug and alcohol use, attention deficit hyperactivity disorder (ADHD), and personality disorders, making the diagnosis difficult at times.

How is BD diagnosed?

Unfortunately, there is no blood test or brain scan that would lead to the diagnosis of bipolar disorder. The gold standard continues to remain a detailed history and examination which should be performed by a trained physician, usually a psychiatrist. A psychiatrist might recommend blood tests and review any medicines as certain illnesses (like thyroid issues) and medications (like steroids) can resemble bipolar disorder.

For an episode to be diagnosed as mania, the symptoms must be present every day for at least 1 week and cause significant impairment in functioning. Hypomania, as mentioned above, is less severe, and symptoms should be notable for at least 4 days for the episode to be characterized as hypomania. The depressive symptoms that obstruct a person’s ability to function must be present nearly every day for a period of at least two weeks for a diagnosis.

Sometimes individuals with BD may find the manic or hypomanic episodes appealing (leading to hesitation in seeking help in a timely manner), especially if these episodes succeed the dark cloud of depression or led to an increase in productivity. Some patients might have little to no recollection of their behaviors or risky decisions made during these episodes. Learning from prior episodes and family support is crucial in preventing future relapses.

Precipitating factors include poor sleep habits and sleep deprivation or situations leading to inadequate sleep like shift work, stress, drug use, and changes in seasons especially in individuals who experience mood changes with seasonal shifts.

How is BD treated?

The best treatment is a combination of medication and counseling or psychotherapy. I routinely tell my patients that just like diabetes or high blood pressure, bipolar disorder is a chronic illness. So in addition to taking medicines, regular exercise, establishing a routine, healthy eating and sleeping habits, avoiding drugs and alcohol, minimizing stress, and having a supportive network of friends and family can really help an individual remain symptom-free.

Medications commonly used for treatment can include antipsychotics, antidepressants, and mood-stabilizers like valproic acid which is also an anticonvulsant. The most widely used medication is lithium carbonate which is known to be effective in the management of both mania and depression.

It is important to take these medications only as prescribed as some might require routine blood tests and monitoring. People with bipolar disorder must avoid stopping a medication abruptly or without discussing with their doctor.

If they experience any side effect or discomfort with these medications or are pregnant, they should inform their doctor immediately. For individuals who do not recover with medicines, electroconvulsive therapy (ECT) can be effective.

Resources for patients and families

If you (or a family member or friend) are experiencing thoughts of harming yourself or suicide, call someone right away. You can also call 911, present yourself to the nearest emergency room, call your doctor, or call the National Suicide Prevention Lifeline at 1-800-273-TALK (8255).

National Alliance on Mental Illness (NAMI) [1-800-950-NAMI (6264) or [email protected]] has information and support groups for families and individuals struggling with mental illness.6

An Unquiet Mind: A personal memoir by Dr. Kay Redfield Jamison, Ph.D., details this psychiatry professor’s struggle with bipolar disorder. The author is a professor of psychiatry at the Johns Hopkins University.

The Bipolar Disorder Survival Guide: This book by David J. Miklowitz, Ph.D., focuses on patients helping them recognize the symptoms and coming to terms with the disease. The author is a professor of psychiatry at UCLA Semel Institute.

Samidha Tripathi, M.D. is an early career psychiatrist and assistant professor of psychiatry at the University of Arkansas for Medical Sciences, Little Rock. Dr. Tripathi's area of expertise is consultation and liaison psychiatry, a subspecialty of psychiatry that focuses on the care of patients with comorbid psychiatric and general medical conditions. She has presented at national and international meetings on a range of topics pertinent to consultation and liaison psychiatry. In her spare time, she enjoys reading, biking and traveling with her husband, and binge-watching her favorite shows on Netflix and Amazon Prime.