Could Biohacking Transform Health Tech as We Know It? 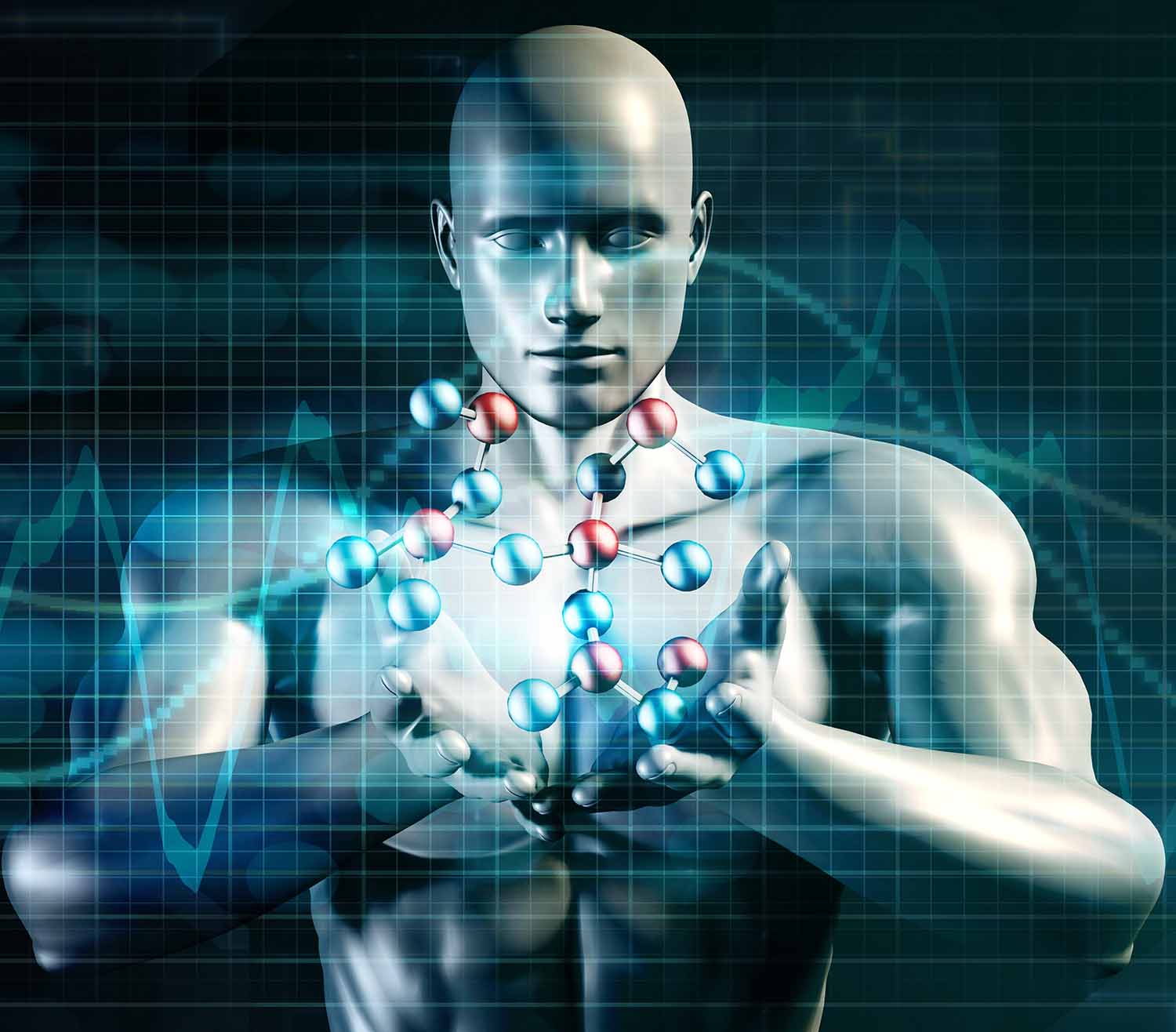 Biohacking refers to a new umbrella of techniques where citizen scientists get together — usually not in regulated laboratories — to understand more about science or experiment with body modifications. In some instances, they’re trying to push the limits of their human capabilities and may experiment with tweaking themselves in ways that could make life easier or make themselves more high-tech.

For example, some people get NFC chips embedded under their skin that can store data. Others hack their sleep schedules and say they can get adequate rest in only four hours. Interestingly, although people in the biohacking community regularly undergo chip implantations, the public is often concerned about the associated privacy concerns and other potentially harmful implications.

Sometimes, biohackers are motivated by a consistent curiosity about science and want to explore it in ways that go outside of the boundaries many of their science classes set. They’re eager to get to the bottom of something they want to understand.

Although biohacking is an emerging sector, many analysts believe it could have a transformational effect on health.

The Four Kinds of Biohacking

There are several ways people choose to get involved with biohacking:

Recently, biohacking has collided with CRISPR, a genetic technique that allows scientists to alter genetic sequences with a scissor-like protein and a molecular address known as the CRISPR “guide.” Researchers believe CRISPR could be a lifesaving advancement for people with genetic abnormalities that result in conditions like sickle cell anemia or hereditary blindness.

However, biohackers want to use CRISPR for genetic improvements that aren’t medically necessary, such as getting bigger muscles without going to the gym. Notably, CRISPR experiments on humans — whether performed by biohackers or professionals — haven’t been very successful yet. A primary challenge is delivering CRISPR to a part of the body in a way that’s substantial enough to make a difference.

DIY CRISPR kits enable biohackers to get engrossed in working with CRISPR themselves. Despite the lack of success so far, the fact that CRISPR, an emerging technology, is accessible to anyone with interest in it raises ethical questions. Should people be able to potentially edit genetic characteristics about themselves at home or in other non-professionally-monitored environments?

The availability of CRISPR kits outside of professional laboratories has even launched entire companies aiming to use the technology to help people with certain ailments. Aaron Traywick, a biohacker known for his controversial methods, was found dead in a sensory deprivation tank in April 2018.

Two months before that, Traywick captured headlines when he injected himself with a DIY herpes treatment in front of a live audience at a conference. At the time, he was the CEO of a company called Ascendance Biomedical that wants to make gene-based therapies accessible to anyone who needs them.

Research also shows Traywick planned a human trial for lung cancer patients that likely involved CRISPR. However, Traywick didn’t have any formal medical training. Moreover, the screening process for finding candidates seemed overly simple. A site advertising the trial mentioned the need for 50 candidates, and that they had to pay $25 for a consultation with Traywick before getting accepted. It’s not known how many people expressed interest.

If people are so ill that their doctors tell them conventional treatments options have been exhausted, some might enroll in trials like the one above out of sheer desperation. One problem, though, is it may become increasingly difficult to differentiate the clinical trials that take place on university campuses and in hospitals by trained scientists and those run by people with less formal education.

A subgroup of biohackers also seeks to alter their brains for self-improvement purposes through means of stimulation. They’re known as neurohackers and embrace the idea that the brain is changeable. They might try experiments to ease depression or improve their recall abilities through non-invasive techniques involving single treatments.

Many parallels exist between those participating in DIY brain stimulation and people who take part in something called self-tracking. The latter category uses expanding knowledge about themselves to learn more about how their bodies respond to specific stimuli and how they could tweak those responses. Both groups experiment on themselves and share their interests with others.

The interest in stimulating the brain goes beyond biohackers, too. For example, many companies specifically market products and apps aimed at helping people enhance their brains’ abilities through daily training exercises.

Beginning in 2009, the U.S. Federal Bureau of Investigation (FBI) began formal efforts to reach out to the biohacking community and emphasize a desire to help. Although most of those attempts were well-received, people were not so agreeable to the idea of federal agents in other places like Europe. They wonder why government organizations are interested and feel they’re trying to invade the privacy of private citizens.

The FBI and other people with expert knowledge about biosecurity say “biohacking is not a current threat, but it’s necessary to do some forecasting to analyze the potential for it to become one in the future. They clarify that for the time being, there are checks in place that prevent ordinary people from getting access to dangerous viruses like smallpox.”

“However, they say the potential is there for someone to experiment in a way that creates bacteria or other biotoxins in ways that could harm the public. People may not initially know what they’re dealing with, and as such, wouldn’t understand the danger presented by what they created.”

Research Firm Taps Biohacking as a Trend to Watch

Gartner, a well-known research firm, recently included biohacking on a 35-entry list of technologies that’ll likely have a significant impact on society and shape the future of technology. Artificial intelligence (AI) was also mentioned.

For their report, Gartner considered the four categories of biohacking as follows: technology augmentation, nutrigenomics, experimental biology, and grinder biohacking.

They say although biohacking is still in its early stages, we might eventually see more instances of biohacking efforts that cover more than one category. For example, a person might implant a chip in themselves that aids in diet management. Then, that could feasibly cover nutrigenomics, grinder biohacking and technology augmentation — depending on how the implanted device functions.

The informal labs where citizens gather to do biohacking experiments undoubtedly have aspects that could be dangerous. But, a blogger on the Public Library of Science (PLOS) site believes those spaces might also spur medical advancement by allowing people to develop prototypes that they later demonstrate to funders or other people who could help take those technologies to a broader audience.

Additionally, it becomes easier for people from multiple disciplines to pool their skills in hopes of readying new ideas faster than expected. Publicizing the work of biohackers becomes speedier, too, because their projects don’t have to go through peer review and journal publication processes as they otherwise might.

But, a more formalized system of checks and balances might come into play once a person secures funding for a prototyped idea. Some analysts argue that people associated with startup companies can’t ever build their prototypes without adequately equipped labs, and they could find those through the biohacking community.

Biohackers are also working to concoct so-called “homebrew medications,” which — as you might have guessed — are those that people can make at home instead of going to their pharmacies or even getting prescriptions from doctors. For now, this sector of biohackers set its sights on insulin because there’s such a substantial need for it in the United States and elsewhere.

If successful, this “open-source insulin” would be available for free to anyone who needs it. Experts from outside the biohacking community caution that any medication made at home could pose a danger to patients, though, especially since drug formulations involve multi-step processes.

Proceed at Your Own Risk

It’s not difficult to see why biohacking could forever change health technology. But, some of the revolutions it brings about could cause harm instead of helping. Being fascinated about science is a positive thing, and indeed, some people who initially get exposed to science through biohacking might eventually choose career paths as professional scientists.

But, there’s an obvious threat from the unknown when biohackers offer their experiments to broader society, as was the case with the planned lung cancer treatment trial. Most people know that all medical treatments have elements of risk. But, the opportunities for danger to occur rise when those interventions take place in unconventional environments and are performed by people who move forward without formalized training or oversight.

Kayla Matthews is a journalist and MedTech writer who has been writing about technology for nearly a decade, which has helped her gain a new perspective on various innovations across the healthcare industry.

Since then, she's been recognized as IBM's 2018 THINK Conference VIP Influencer and has showcased new medical discoveries via Medical Economics, HIT Consultant, Digital Trends, VentureBeat, Inc.com,  The Healthcare Guys and more. Her pieces have discussed a variety of medtech topics, from devices and trending gadgets to how healthcare fraud is affecting medical professionals. 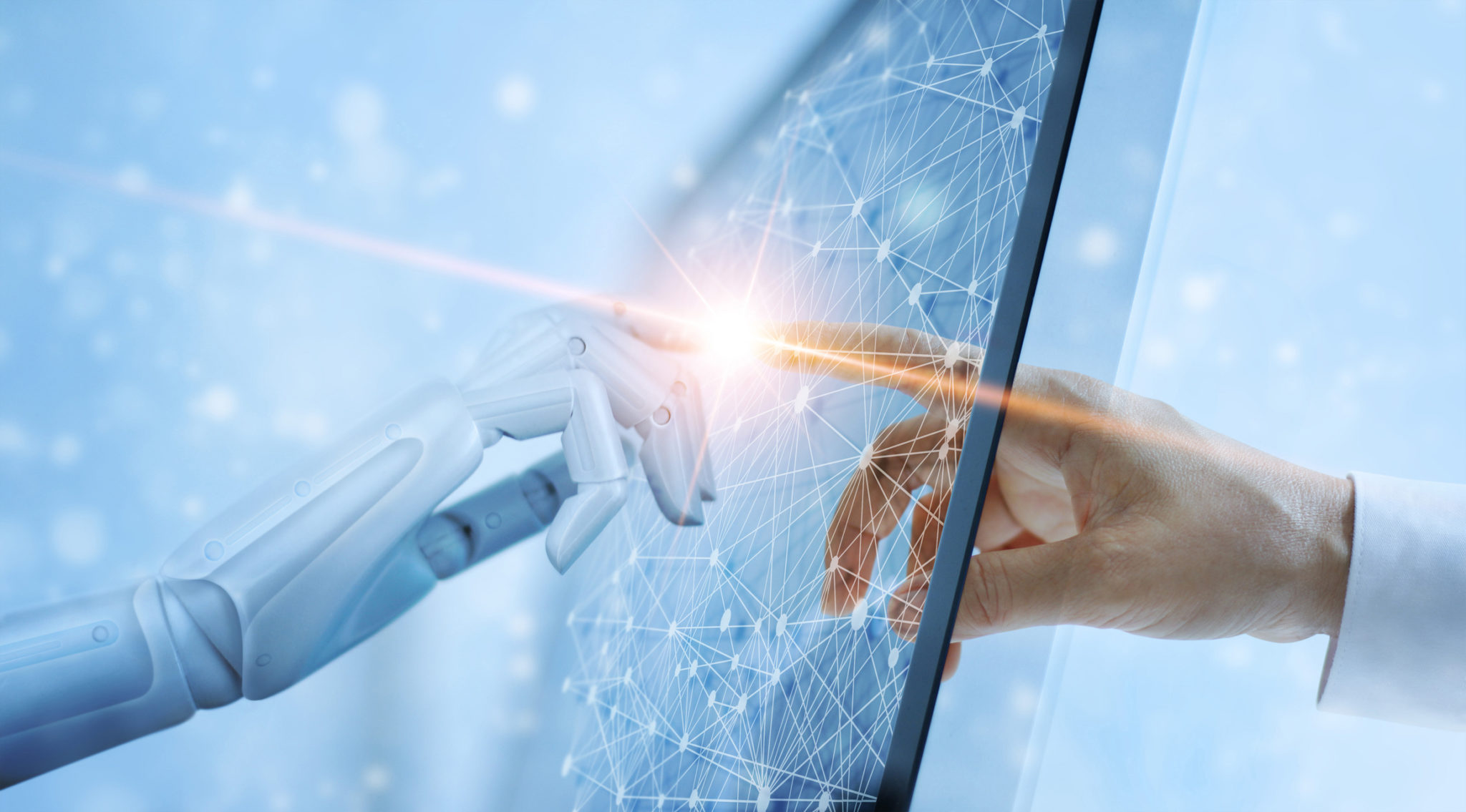 Technologies That Will Transform Cancer Diagnosis and Treatment 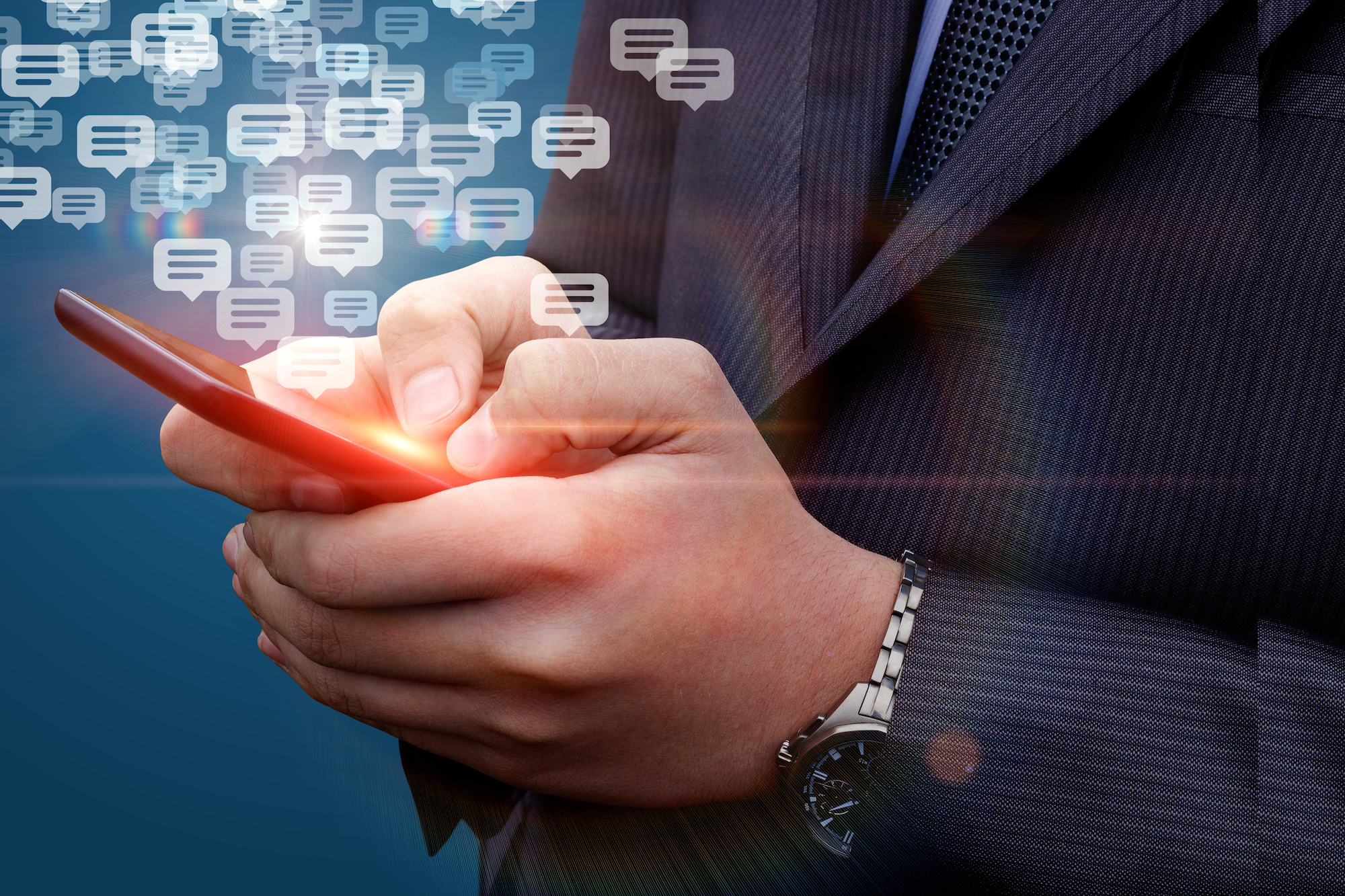 How Chatbots are Helping in Healthcare 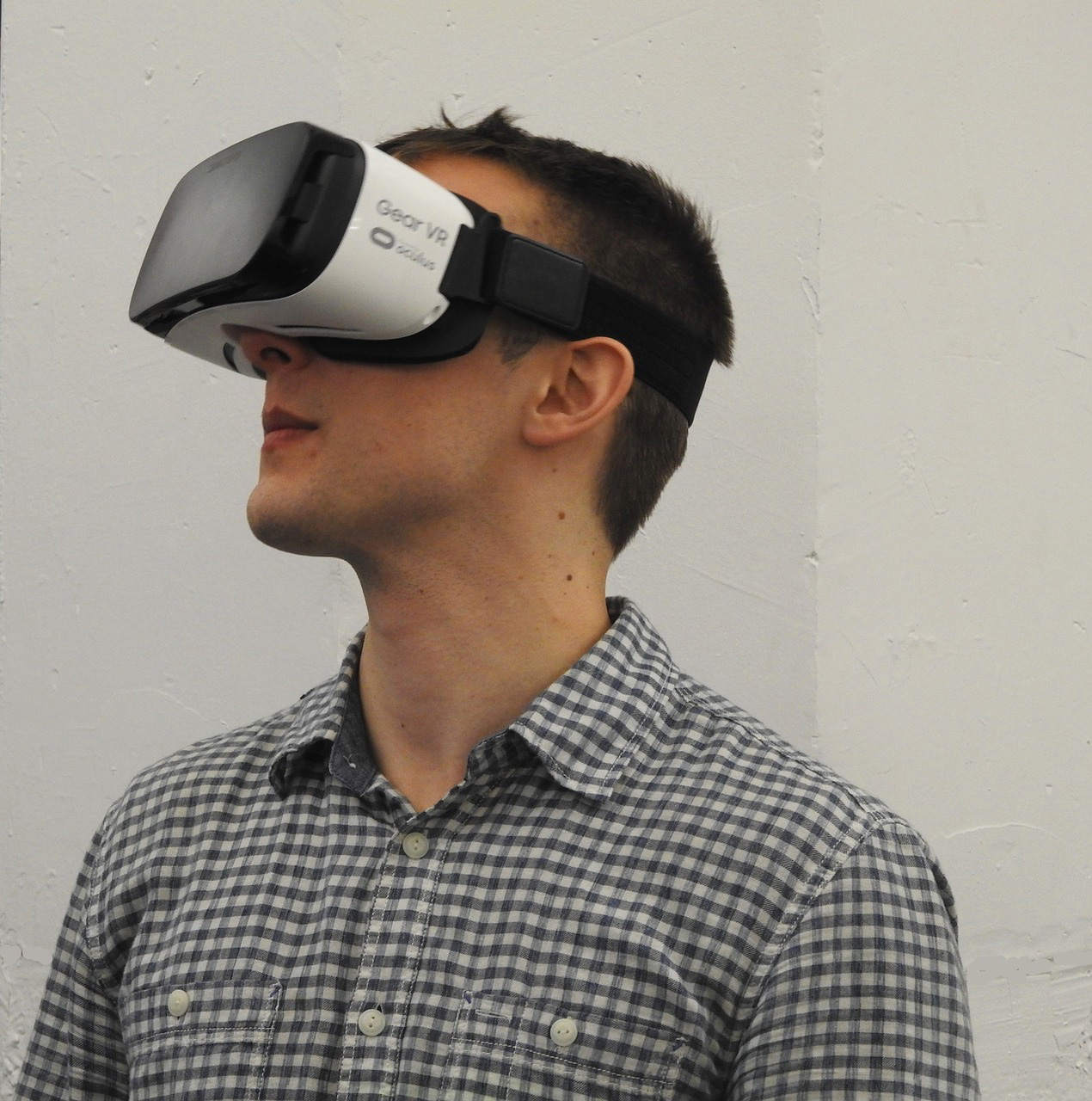 How Virtual Reality is Improving Care for Mental Health Disorders