The Deadly Game Big Pharma Played on the American People 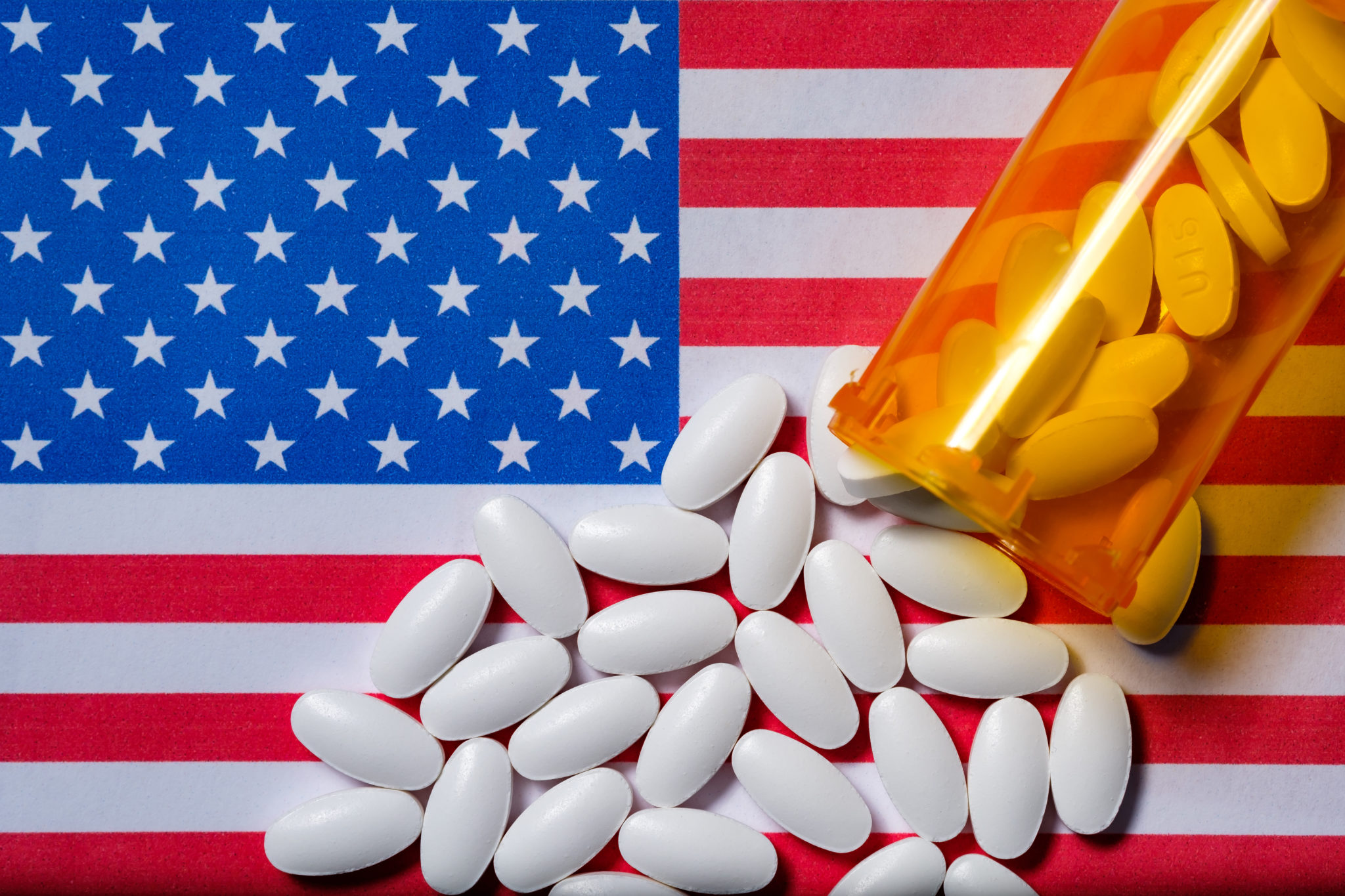 The problem of opioid abuse in this country has been growing for the past few decades, with the number of opioid-related deaths sharply increasing in the last four years. From 2014 to 2015, deaths caused by heroin overdose increased by 23% and synthetic opioids, other than methadone, increased by 73%. Some states are more affected than others. In Ohio, for example, there were 1,800 opioid-induced deaths just in the last year. This is more than any other state has ever seen before.

While many attribute opioid overdoses to heroin, this is no longer the only pressing issue. The abuse of opioid prescription pharmaceuticals, such as oxycodone and hydrocodone, is a big part of the problem as well. Sadly, little is being done to solve this part of the equation.

Big Pharma has bought influence with the billions in profit from opioid sales, making it very difficult for government agencies like the Drug Enforcement Administration (DEA) to fight the epidemic.

According to the Centers for Disease Control and Prevention, prescriptions for opioid medications almost quadrupled between the years of 1999 and 2010. The number of deaths caused by prescription opioids also more than quadrupled in that same period.

Previously, opioid therapy was reserved for rare occasions of severe pain, as practitioners feared the danger of addiction associated with these drugs. Now, opioids are commonly prescribed for fairly minor painful conditions.

Advertising, drug detailing, and lobbying, funded largely by the pharmaceutical industry, aggressively pushed to relax prescribers’ caution about writing prescriptions for opioids with the false argument that “less than 1% become addicted from opioid therapy.” Sadly, this statistic—gleaned from a note to the editor in New England Journal of Medicine—was misused. It was not peer-reviewed and was based exclusively on hospitalized patients who received controlled short-term treatment.

Big pharma pushed dangerous drugs with insufficient research and evidence of their safety because it was profitable to do so. Consider Purdue Pharma, which raked in 3.1 billion in 2010 from OxyContin sales alone. Endo Pharmaceuticals made approximately 380 million in 2011 in Opana sales. Insys has made 147.2 million in Subsys (a.k.a. fentanyl) in only the first six months of 2015, and the list goes on.

Prescription opioids interact with the brain and body in the same ways as heroin. In fact, a person with a legitimate prescription for Percocet could take it daily for only a couple of weeks and develop an addiction. And, unfortunately, prescriptions often include many more pills than needed to manage pain after procedures, such as minor surgery.

Someone addicted to a prescription opioid soon realizes that it is very expensive to acquire these drugs regularly. This is the point at which many people turn to heroin, a much cheaper option. While this jump may seem unfathomable to many, it is actually a very common narrative.

When addiction is formed, a reward loop associated with the drug develops in the brain which causes the brain to prioritize the drug above all else. A person’s judgment and logic are compromised which is how the previously absurd possibility of using heroin becomes a viable option for so many.

Fentanyl is an opioid that is 50 to 100 times stronger than morphine. Recently, many analogs of fentanyl have been manufactured in illegal labs in Mexico and distributed for illicit sale. Meanwhile, shady pharmacies and pain clinics in the U.S. are hemorrhaging opioid drugs, including fentanyl, as drugs obtained with illegitimate prescriptions wind up being sold on the streets.

Because of its high potency, fentanyl’s street presence has resulted in many more deaths than seen before in some areas. Dealers commonly sell fentanyl as heroin, while the users have no idea that it’s dangerously stronger than heroin.

Carfentanyl, an elephant tranquilizer that is 5,000 times stronger than heroin, has also made it onto the streets of some cities. This happened in Akron, Ohio, contributing to the state’s recent spike in opioid deaths. An amount equivalent to a few grains of salt can be lethal; that is how strong this drug is.

The DEA has issued a statement and warning about fentanyl, announcing that the drug is a threat to public health safety. Yet, it is legal to prescribe and distribute it in the U.S.

The state of Ohio is suing big pharma companies for “fraudulent marketing”. The accused are Purdue Pharma, Endo Health Solutions, Teva Pharmaceutical Industries and subsidiary Cephalon, Johnson & Johnson and subsidiary Jansen Pharmaceuticals, and Allergan. Ohio isn’t alone, though. Many states and cities are taking similar actions, outraged that companies pack in the cash while millions of Americans die from their products.

Pharmaceutical companies continue to market opioids dishonestly, as safe with little risk of addiction. They also inappropriately bribe and pressure doctors to prescribe opioids more often and for less severe conditions. They gift doctors with huge sums of money, disguised as payment for “speaking opportunities”, as well as with food and other items.

Now, there is a reason to believe that many big pharma companies have turned a blind eye to suspiciously big drug orders and paid to pass legislation that keeps the DEA out of these transactions. It’s time for big pharma to stop pushing their own profit incentives into medical practice.

Former DEA agent, Joe Rannazzisi, exposed some dark realities about the DEA, Congress, and big pharma during his recent appearance on a 60 Minutes segment. As the Washington Post reported, “Rogue doctors wrote fraudulent prescriptions for enormous numbers of pills, and complicit pharmacists filled them without question, often for cash.” They also reported that internet pharmacies were also giving massive amounts of prescriptions without even requiring doctor visits.

These prescription medications have been getting onto the streets and sold illegally for years now. It seems that distribution is the primary weak point in prescription drug circulation which drug dealers could take advantage of and that is exactly what has been happening.

For years, the DEA could prosecute these companies for not reporting such suspicious orders, fining them for millions of dollars and suspending their shipments. This hasn’t happened in about two years though, due to legislative changes.

As reported by 60 Minutes and the Washington Post, Rannazzissi claims that big pharmaceutical distributors—AmerisourceBergen, Cardinal Health, and Mckesson to name a few—used money and influence to persuade lawyers and DEA officials to lessen these penalties.

Near the end of April in 2015, a bill called the “Ensuring Patient Access and Effective Drug Enforcement Act,” written by Linden Barbur himself, was passed. This bill purported to grant patients more access to pain management, when over-prescription of opioid medications was already prevalent.

The bill deprived the DEA of its ability to freeze suspicious shipments and made it virtually impossible for the DEA to go after the corrupt companies making these shipments. The attorney general at the time cautioned that this law would make it more challenging to keep American people safe from opioid abuse.

The bill was considered and edited for two years, during which time “the drug industry spent $102 million lobbying Congress on the bill and other legislation,” according to the Washington Post. The Post also claims that Congressman Tom Marino, who sponsored the bill and firmly pushed it through, received $100,000 that came from the drug industry. They also say that Orin Hatch, who helped pushed the bill, received $177,000. It was passed with zero objections.

Now that President Trump has officially categorized the opioid crisis as a “public health emergency,” some grant money might be put towards addressing the epidemic. One effort being made is for first responders like police officers to have the life-saving drug, Naloxone (brand name Narcan), at their immediate disposal. Naloxone stops the effects of opioids, halting an overdose for long enough to save a person’s life.

Most of all, though, people need to contact senators and government officials about their dissatisfaction with the current legislation and call for new laws. We need laws that restrict opioid prescriptions more and that do not cripple the DEA from enforcing regulations. We need laws that keep big pharma manufacturers and distributors in check and the American people protected from these dangerous drugs.

Leah White has a bachelor's in Creative Writing from Arizona State University and is the process of earning a master's degree in Writing. She teaches therapeutic creative writing sessions to people in rehab for addiction. She also works as a writer and editor in marketing for A Better Today, a company that offers rehab services to people suffering from addiction. She writes educational and informational web content about drugs, substance abuse, and addiction at this position.

Leah is passionate about education and treatment for substance abuse, after experiencing the horrors of addiction up close while she was growing up. Her mother was a high functioning alcoholic and eventually died of liver and kidney failure. She believes that substance abuse disorder is a serious mental health condition that should be treated accordingly.

She has faith in the power of written word for the reader and writer. The therapeutic possibilities of writing about experiences, traumas, and feelings are endless. Leah's clients grow immensely by developing a venue in which they are free to express themselves and process difficult experiences and emotions. On the marketing end, while writing web content may not seem like the most thrilling job, Leah presses that access to trustworthy information about these topics can be life-saving. She feels this is important work to be doing.