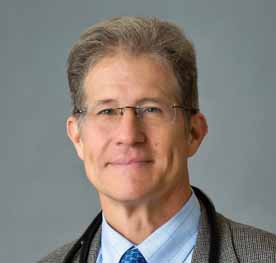 
Dr. Jonas is a practicing family physician, an expert in integrative health and health care delivery, and a widely published scientific investigator. He is currently the Executive Director of Samueli Integrative Health Programs, an effort supported by Henry and Susan Samueli to increase awareness and access to integrative health.

Additionally, Dr. Jonas is a retired Lieutenant Colonel in the Medical Corps of the United States Army. From 2001-2016, he was President and Chief Executive Officer of the Samueli Institute, a non-profit medical research organization supporting the scientific investigation of healing processes in the areas of stress, pain and resilience.

His research has appeared in peer-reviewed journals such as the Journal of the American Medical Association, Nature Medicine, the Journal of Family Practice, the Annals of Internal Medicine, and The Lancet.