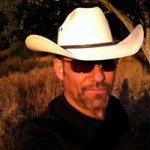 Stephen Wachter has over two decades of Talent Acquisition experience for start-up ventures. He specializes in Vice President of Engineering Searches for clients at the forefront of transformative technologies. Stephen studied pre-medicine studies at the University of California at San Diego. As head of talent for Health2047 — the AMA’s innovation lab — Stephen got to meet many physicians, heard a lot about their struggles, and awed at their ideas for new technology innovations.

Stephen has been successfully recruiting senior engineering executives for several high-profile Silicon Valley companies, including Google and Yahoo!, for over a decade. At Google, Stephen placed their first VP of Engineering when they were a 56 person start-up when search technology was just breaking out.

During his long-time association with Yahoo!, he became the exclusive external resource for all technical executive recruiting and placed over thirty individuals there at the SVP, VP, Sr. Director, and Chief Architect levels. Additionally, he has successfully completed searches for several smaller, venture-funded start-up companies such as NetSeer and Agile Minds.

Earlier in his career he worked for the Ward Consulting Group, an Organizational Development Consulting Firm. As an inside consultant, Stephen was able to gain some perspectives on how the most effective emerging companies were able to successfully "tell their story" in a way that attracted the best talent available, while at the same time "actualizing their story" by creating environments that effectively retained those same talented assets. At the Apolo Group, he laced VP’s and Directors of Technology for the Online Education revolution. Today—AI healthcare client Apixio, advanced nuclear client, Kairos Power, and mars rocket client Relativity Space—keep his firm Osprey One on the edge of innovation.