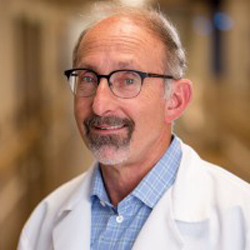 Website: https://www.denverhealth.org/services/acute-center-for-eating-disorders
Dr. Mehler, MD, FACP, FAED, CEDS attended the University of Colorado School of Medicine and graduated with honors and Alpha Omega Alpha (AOA) and completed his internship and residency in Internal Medicine at from the University of Colorado where he served as Chief Medical Resident. He is a Fellow of the American College of Physicians (FACP), a Fellow of the Academy for Eating Disorders (FAED), and a Certified Eating Disorder Specialist (CEDS), a prestigious clinical credential issued by the International Association of Eating Disorders Professionals (IAEDP). He is also certified by both the American Board of Internal Medicine (ABIM) and the American Board of Addiction Medicine (ASAM).

Dr. Mehler is the founder and Chief Executive Officer of the ACUTE Center for Eating Disorders at Denver Health, the only designated Center of Excellence treating the most extreme forms of eating disorders and malnutrition

In addition to his work with ACUTE, Dr. Mehler has held various leadership roles with Denver Health since beginning his career there more than 35 years ago. He was formerly its Chief of Internal Medicine; he was Chief Medical Officer (CMO) for 10 years until he was promoted to Denver Health’s Medical Director, a position he held until his retirement from administration in 2014. He is also the Glassman Professor of Medicine at the University of Colorado School of Medicine, where he trains the next generation of physicians to identify and address the deadly complications of eating disorders and severe malnutrition, and has taught medical students and residents since 1986.

Following more than 30 years in the field of eating disorders, during which time he has successfully treated thousands of patients and families and published hundreds of articles on effective medical treatment of eating disorders, Dr. Mehler is widely considered the international authority on this topic.

Dr. Mehler was the recipient of the Academy of Eating Disorders 2012 Outstanding Clinician Award, has been recognized among the “Best Doctors in America” for the past 23 years in a row, and was voted the “Top Internal Medicine Physician in Denver” multiple times by 5280 Magazine.

In 2008, he received the Silver & Gold Award, an award given every three years to one alumnus of the University of Colorado and the Florence Sabin Award given to one citizen of Colorado annually for great contributions to healthcare in Colorado.