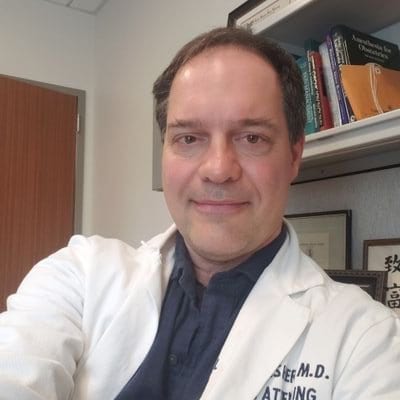 I am a second-generation anesthesiologist and storyteller. I was raised in Roslyn Harbor, Long Island, and then Princeton, New Jersey. My decision to pursue medicine as a career followed an undergraduate education at Stanford University where I majored in International Relations. Realizing life in the foreign service was not my true dream, I had an epiphany on the shores of Fallen Leaf Lake in the Sierras on a frigid early spring morning. It involved two drowned fishermen and an hour of attempted CPR. I decided then and there that I wanted to become a physician in order to help people in distress.

So I enrolled at the University of California, Santa Cruz where I completed a second bachelor’s degree in Biology. Then I returned to Stanford University, to the School of Medicine, where I was awarded my medical degree in 1989. While at Stanford, I received awards and grants to do research in the Mexican State of Chiapas, working with indigenous Maya in the highlands.

I completed my internship in Internal Medicine and my residency in Anesthesiology at the Virginia Mason Medical Center in Seattle, Washington. And lived for a while on a houseboat on Lake Union where I proposed to my wife, Dana. Later we lived in a house in Madrona above Lake Washington with two black labs (Harriet and Amos) and a new son, Henry.

Eventually, we moved to San Francisco, where I completed a fellowship in pain research at the University of California, San Francisco. I joined the faculty there as an Assistant Professor of Anesthesiology. I worked at Moffit-Long and San Francisco General Hospital for the next seven years pursuing my interests in clinical teaching, the history of anesthesia, local and regional anesthesia, and pain research.

My family grew to include another son, Peter, and a daughter Kate. We moved to a big old house in the redwoods of Larkspur, California just north of the Golden Gate Bridge in Marin County. In 1999. I joined an established but rapidly growing private practice anesthesia group at California Pacific Medical Center in San Francisco where I have been the Chairman of the Department of Anesthesiology for the past eight years.

I am now an empty nester. Our grown children have emigrated across the globe from Sydney, Australia to Washington, D.C. And now, my second-grade teacher wife of thirty years, Dana, along with a stately old English Labrador, Coal, and a two-year-old rescue Boxer/Lab/Chihuahua, Jasper, live amidst our garden, a small creek and a treehouse turned into a writer’s retreat.

My experiences have been shaped by being a descendant of Italian immigrants on my mother’s side and West Virginians on my father’s side. The latter have been in America since 1720.

I come from a family of physicians, teachers, and writers. My sister, Kara Swisher, is a noted technology journalist, host of the award-winning podcasts Pivot, and Sway, and an opinion columnist for the New York Times. My daughter Kate is a singer/songwriter, poet, and author of lyrical essays.

Like my sister and my daughter, I try to write stories based on true experiences that balance a deeply personal narrative with factual information. I welcome my readers into the complex, changing, and often heart-wrenching yet intensely rewarding world of medicine. You can also find me on Substack and Twitter