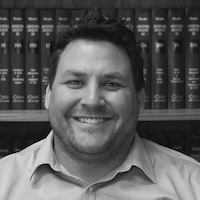 Cameron Wood was born and raised in Tucson, AZ, and is glad to be back after fifteen years of living and commuting in Los Angeles.

Cameron worked his way up from assistant Producer to Lead Producer on a variety of TV, Film, New Media, and Web properties; including the Target “Red Room” national concert series/albums, “The Nightmare on Elm Street,” and Head Writer/ Content Producer on ABC’s “Let’s Make A Deal.”.

Cameron grew Fresno Unlimited from three employees to over thirty and managed the creation of the SHOWoff application, marketing consulting for Warner Brothers, and the creation of proprietary advanced AI, called “PCH.” After producing and running all advertising for several Fresno Unlimited shows, including the Jimmy Kimmel co-production “Cousin Sal’s Sure Thing,” he joined NGA Healthcare.

Cameron brings his marketing, operational growth, and client management expertise to an already successful business. NGA Healthcare’s dedication to maintaining the autonomy and financial stability of small and medium-sized practices also spoke to his personal sense of fairness. Cameron is excited to bring his focus on client communication and marketing to NGA Healthcare, as well as the exciting and healthcare industry revolutionizing new ventures NGA Healthcare is rolling out in the near future.”

Cameron and his wife decided to leave Los Angeles to be closer to family in Tucson (and to start their own).