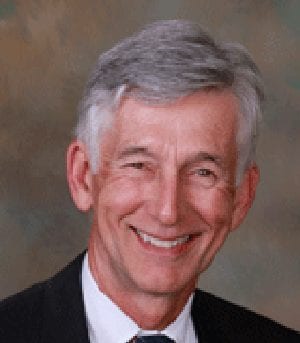 Dr. Charles McDonald is a graduate of Brown University and received his medical degree from the University of Utah. He completed a medicine internship/residency at the University of Vermont, where he also completed a first-year fellowship in pulmonary and critical care medicine. His second year was completed in San Francisco at the Veteran’s hospital with UCSF.

Dr. McDonald subsequently practiced pulmonary and critical care in Portsmouth NH, where he was the medical director of the pulmonary physiology laboratory and respiratory services department.

Dr. McDonald was the founder and director of the Asthma Center in San Francisco. He was the first physician in San Francisco to offer endobronchial ultrasound biopsies for the diagnosis of pulmonary diseases.

He currently has a referral practice in pulmonary medicine in San Francisco and is a consultant in occupational lung disease.

Dr. McDonald has provided service as the medical director for the Nomads Medical Mission in Nepal beginning in 2014, offering basic medical care to the most remote regions of the Himalayas. He has recently been involved with indigenous communities in South Dakota, helping establish an emergency medical service in the Lakota Nation.