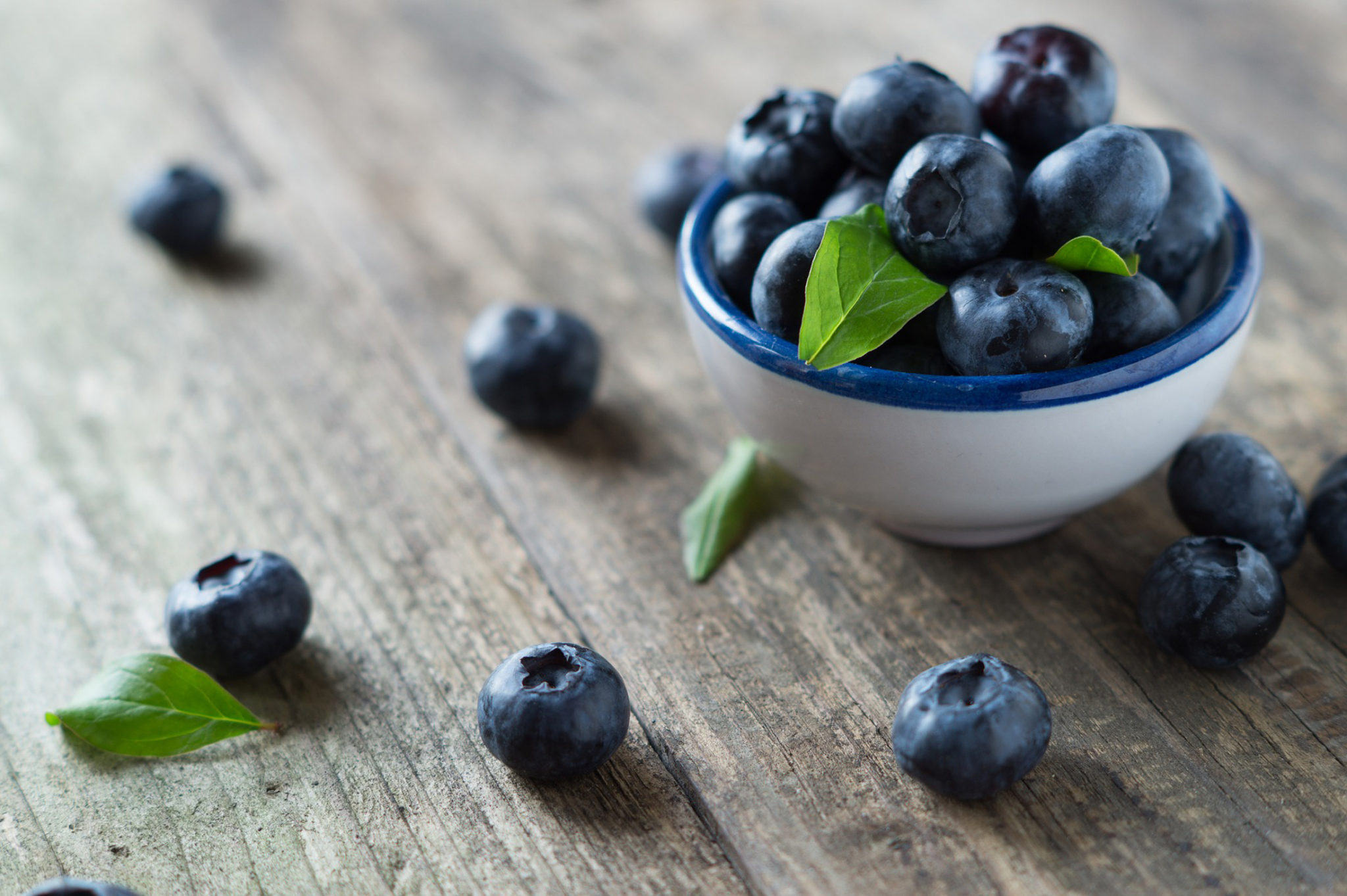 If only it was that simple.

And if “anti” oxidants are good, should we conclude that plain oxidants must be bad?

What is an antioxidant?

Antioxidants are a group of compounds that share a chemical property.

Chemistry 101: A chemical property is a behavior of a substance that is observed when that substance undergoes a chemical change or reaction. For example, “flammables” are any substances that can ignite or burn. Flammables include paper, wood, gasoline, nail polish, hand sanitizer, and rubbing alcohol.

Antioxidants also share a common behavior or chemical property. An antioxidant is any substance with the ability to safely neutralize the damaging effects of free radicals.

What is a free radical?

Biology 101: Our bodies digest the food we eat to make energy. Food is broken down in the mouth, the stomach, and the intestine and absorbed into the blood. Once in the bloodstream, sugars are made into energy within tissue cells by a process called cellular respiration. Oxygen is necessary to produce this energy. Cellular respiration is an amazing process, but it is not perfect.

Oxygen is the most abundant element in the human body. In standard conditions, oxygen is a stable colorless, odorless and tasteless gas composed of two oxygen atoms (O2).

The formation of free radicals is a byproduct of cellular respiration and occurs all over the body. Free radical formation is a part of life. Although highly reactive singlet oxygen molecules are the main source of our bodies’ free radicals, there are others.

In addition to being a normal byproduct of cellular activity, free radicals are also formed from environmental insults like sunshine, tobacco usage, pollution, and alcohol consumption.

Free radicals can be damaging, but unbeknownst to many, there is good science [1] that shows that free radicals are beneficial and that they promote and are necessary for adequate wound healing.

Whether beneficial or damaging, all free radicals have one thing in common, an insatiable appetite for electrons. And they will take one from any substance they can.

Fortunately, the human body has its own antioxidant system to keep free radicals in check. Our cells produce thousands of compounds in all shapes and sizes including:

All of these substances have antioxidant activity that controls and limits free radical damage.

These molecules donate an electron to the free radicals without themselves becoming harmful. In addition, we acquire antioxidants from the food we eat. Dark chocolate, berries, kale, pecans, and many other fruits and vegetables are known for their high antioxidant content.

Related Content:  Your Genes and Food: The Science of Personalized Nutrition

What is oxidative stress?

Oxidative stress is the imbalance between free radical formation and antioxidant activity in the body.

Remember the game of musical chairs that you played as a child? That’s real-life oxidative stress!

Antioxidants: Marketed as ‘The Good Guys’

It is not unusual to see the words “Youth Restoring” on a bottle of antioxidant supplements. Or the words “age-defying” on a skincare cream that promises to restore more youthful skin.

Although this marketing ploy is brilliant, there is little science that proves antioxidants can reverse the aging process.

Scientists have been trying to answer the question, “Why do we age?” for years. All living things age. Yet science has not found a single ingredient or product that can halt or reverse the aging process.

Related Article: A Unifying Hypothesis of Chronic Disease and Aging

Except for studies of caloric restriction diets that extended lifespan in rodents [2], the protocols used may be incompatible with healthy living in humans, thus preventing long-term studies of similar scope.  Science has yet to discover a way to increase the human lifespan.[3]

It would certainly simplify matters if the aging process was caused by a single mechanism. This would make it possible for scientists to discover the aging mechanism and reverse it. But it is much more likely that the aging process is a culmination of a multitude of underlying processes.

There are many theories [4] about what causes the aging process. Here are a few:

Free radicals are toxic byproducts of normal cell metabolism. Yes, our bodies have amazing systems to neutralize these damaging compounds, but the protective systems aren’t perfect. Free radicals can still find a way to damage DNA and cellular proteins.

More importantly, from a business perspective, compounds that can protect our cells from free radicals, namely antioxidants, are easy to market and something to sell. And sold they are, to a tune of $4 billion US dollars a year.[5]

Free radicals can be damaging but are most likely not the main cause of aging. There is more and more evidence that free radicals may be beneficial and that high doses of antioxidants may be harmful.

Similar studies in the United States by Arlan Richardson[8]showed the same results using mice. Over the next decade, many more experiments to look for the support of the Free Radical Theory of Aging have found conflicting results[9]. Perhaps free radicals aren’t the cause of aging but rather the useful flames needed to ignite the normal defense mechanisms that keep us healthy.

Studies done by Siegfried Hekimi at McGill University[10] supported this idea. Using roundworms that overproduced superoxide, a damaging free radical, he postulated that these worms would die an early death. Instead, he reported that not only did these worms not develop oxidative damage from the free radicals but also that the worms lived 32% longer than the normal worms. In addition, when he treated the worms with Vitamin C, a potent antioxidant, he prevented the increase in the lifespan of these very same worms.

Oxidative damage may contribute to the aging process but to conclude that it is the driving force is quite a different thing.

Perhaps free radicals increase with aging as a defense mechanism, a way for the body to repair itself from infection, or single cancer cell development.

Elevated free radical formation is known to occur with exercise[11].

This may explain why exercise is beneficial for anti-aging effects. In 2009, Michal Ristow, a nutrition professor in Germany, published the results of a study[12] comparing the athletic performance of athletes who took antioxidants with those that did not.

The results showed that the athletes who did not take the vitamins outperformed those who did. Thus, if free radicals aren’t always bad, perhaps antioxidants aren’t always good. And there is plenty of scientific evidence that may corroborate this postulate.

Perhaps Antioxidants Are The Bad Guys

In the 1990’s the hype touting antioxidant claims were born after several studies implicated free radicals[13] in the development of certain diseases like atherosclerosis, cancer and several other chronic conditions. Clinical trials testing individual antioxidants[14] like beta-carotene, Vitamin E and Vitamin A began (although the results of these trials were mixed).

The Alpha-Tocopherol, Beta-Carotene Cancer Prevention (ATBC) Study[15] of more than 29,000 male smokers between 1985-1993 concluded that male smokers should NOT take beta carotene, a plant-based vitamin A antioxidant, as the study showed an increase in mortality in male smokers who did so.

The Carotene and Retinol Efficacy Trial (CARET)[16] involved 18,000 people in a randomized, double-blind, controlled trial assessing the safety of beta-carotene and Vitamin A in a high-risk population for lung cancer. The study was originally designed to end in 1997 but was halted in January 1996, 21 months early, as it became overwhelmingly evident that the antioxidant supplementation offered no benefit and increased the mortality of those taking them.

Antioxidants in skincare are widely used but how much they truly benefit the skin is still debatable.

Antioxidants are very unstable compounds. It is difficult to keep them from denaturing within a formulation as well as from becoming inactive once applied to the skin. Most antioxidants are charged molecules making them very difficult to absorb into the skin especially at a concentration high enough to effectively make an impact without causing irritating side effects. The mere presence of light and oxygen often inactivates antioxidants necessitating the need for dark opaque bottles and metal tubes.

There are studies that show antioxidants when applied to the surface of the skin[17] may protect the superficial top layer of non-living cells from sun damage. However, these are not the cells that cause wrinkling or the signs of aging.

To make a real effect on skin aging, antioxidants would have to penetrate in a high enough concentration and get through 15-20 layers of superficial non-living cells, through the remaining 50-60 layers of the viable epidermis and into the dermis where collagen and elastin, the structural proteins of skin are being produced.

The benefits of using over-the-counter skincare products with antioxidants, like Vitamin C, are probably negligible. The cost of purchasing Vitamin C skincare products varies and the formulations with higher concentrations of a more stabilized Vitamin C are often over $150/ounce ($2400/pound).

And because these formulations often have a very low pH, the user commonly feels a burning or tingling sensation on the skin and may even develop red itchy irritation at the application site. Fortunately, the risk of severe side effects to these Vitamin C containing preparations is small.

Unfortunately and most importantly, based on the current science that is available today, applying topical antioxidant creams is unequivocally not as beneficial to skin health as sunscreen application.

Related article: Sunscreen – What’s True and What is Not?

Antioxidants are necessary for maintaining good health. And unless you are deficient in a specific vitamin, or unless your physician tells you so, skip the supplements. Getting a balanced variety of antioxidants is best accomplished by eating a well-balanced diet rich in colorful foods that contain antioxidants, namely fruits and vegetables. As for skincare products with antioxidants, sure, go ahead and use them, but don’t expect miracles. Exercise. And wear your sunscreen!

**Love our content? Want more information on Skincare, Antioxidants, and Free Radicals?  SIGN UP FOR OUR WEEKLY NEWSLETTER HERE**