Ria Health: Rehab for Alcohol Abuse Disorder on Your Phone 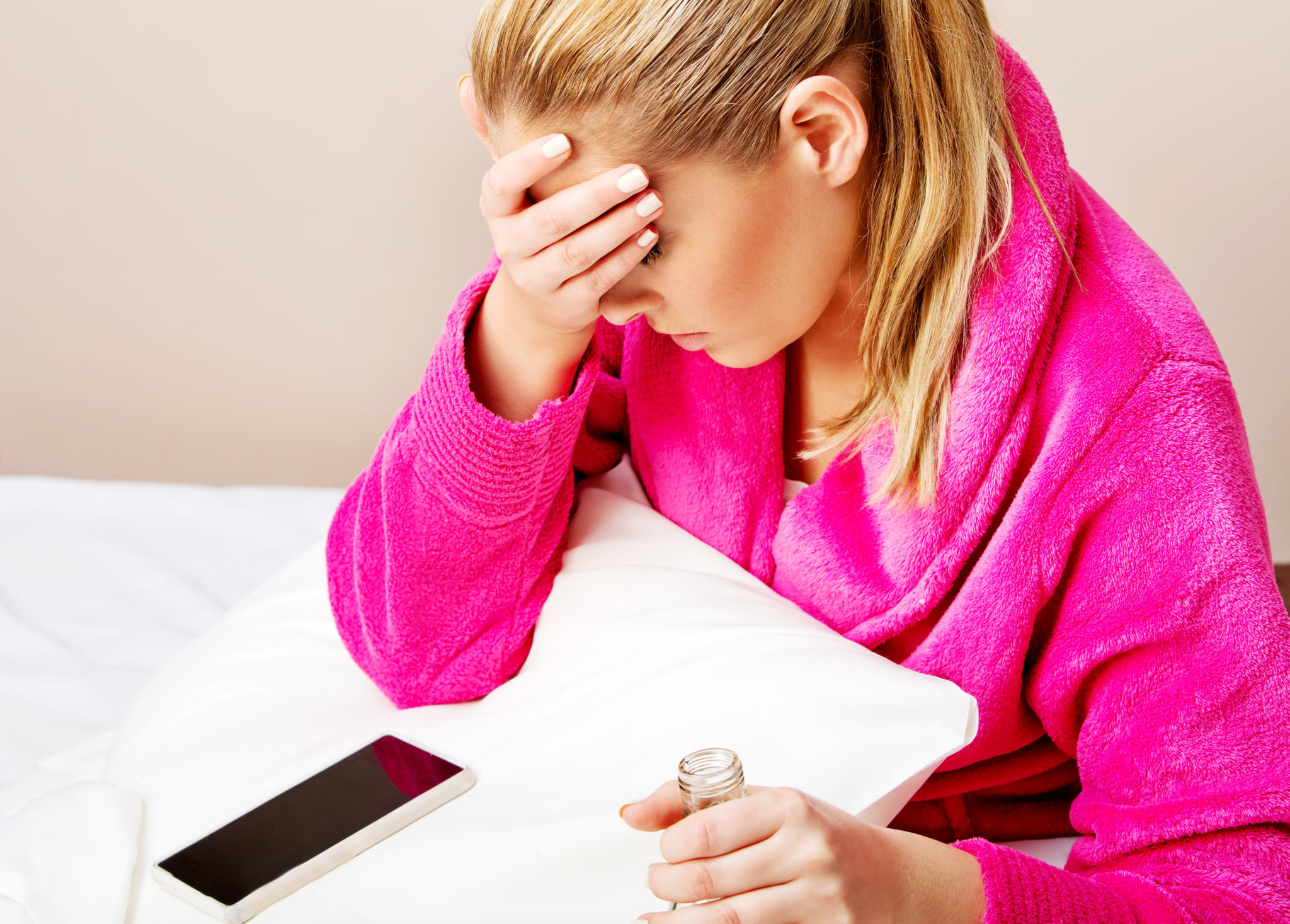 Ria Health (formerly DxRx Medical) is a digital health startup focused on helping people with problem drinking. According to John Mendelson, MD, Chief Medical Officer of Ria, excessive drinking and alcohol use disorder is the biggest drug problem in the world. During my interview with him, he went on to say,

“It is estimated that one in ten people have a bad relationship with alcohol…they drink more than they should, they are unable to control their intake, they are unable to stop when they want, they do things that they don’t want while drinking, and they have harm from their drinking.“

Alcohol abuse disorder is a progressive disorder. “It starts with heavy drinking in their 30’s and it progresses on in their 40’s to having measurable problems with their families, with their work and with legal issues. Virtually…everyone who has had a DUI has a drinking problem.”

Alcoholic abuse disorder is common and it is serious

There are serious and even fatal consequences of the disorder including medical sequelae such as liver failure, pancreatitis, brain disorders, heart rhythm disturbances. There are also injuries and deaths due to drunk driving, falls, and fights. Despite alcohol abuse being a common and serious disease, Dr. Mendelson says that “in the United States and the rest of the world, these problems are largely unaddressed.”

There are a number of reasons why alcohol abuse has not been addressed as much as it should. First of all, there is a stigma to having an alcohol problem that makes people reluctant to talk about it even with their physicians.

In his remarkable opinion piece published in the March 23, 2017, issue of the New England Journal of Medicine, Adam Hill, a pediatric palliative care physician and recovering alcoholic with a history of depression and suicidal thoughts, puts it this way:

Abstinence is not the only meaningful outcome

Dr. Mendelson thinks that another reason why alcohol abuse hasn’t been addressed adequately is that “the recovery community has insisted that abstinence is the only outcome that is meaningful.”

But, he says, “there is a lot of data that says that is not the case. For example, for people who go into abstinence-based treatment programs after 5 years, 80% of people are drinking, but they are drinking less. So it is a problem that can get better…abstinence isn’t the only pathway.”

According to Dr. Mendelson,

“When people drink…almost everyone stops drinking….when you go out with your friends to have wine, you have some wine, some beer, or some alcohol and you stop at some point.

That set point, that point between how much you take and when you stop is actually biologically determined and it’s amenable to medication. What the medications appear to do is to decrease the amount of pleasure you get from drinking—they don’t decrease it severely. You can still have enjoyment, but they decrease it enough so that the signals stop to emerge sooner.”

Ria Health uses naltrexone as the first choice medication in their treatment program. It has been approved by the FDA for the treatment of people who want to control their drinking.

Mendelson says that “it appears to work by blocking opiate receptors. It turns out when you drink, some of the pleasure is caused by the release of opiates in the brain. If you block that part of the pleasure, you don’t drink as much.”

Joseph Volpicelli, MD, Ph.D., Associate Professor of Psychiatry at the University of Pennsylvania School of Medicine and an expert in the treatment of alcoholism, explains it this way,

“Naltrexone sort of gets at the core of what addiction is. The way I like to describe it is that addiction is a condition in which when you do something, you want to do more and more of it.”

Instead of stopping after a few drinks, people with alcohol use disorder want to have more and more and more drinks. Dr. Volpicelli says that naltrexone seems to break that positive feedback loop so that people can have one or two drinks and then stop because they don’t feel like having anymore.

I asked Dr. Mendelson why people should use Ria Health instead of just going to their primary care physician and getting a prescription for naltrexone. He said the challenge with that approach is that there is more to reducing drinking than just relying on medication alone.

For example, people struggling with alcohol dependence often don’t know how much they are drinking. Therefore, it is hard to know if the medication is helping them to cut back.

Also, the drug doesn’t work for everybody. So, it can be beneficial to work with a specialist should the patient require other FDA approved medications for alcoholism.

Lastly, people are shown to have greater success with medication treatment when it’s combined with a form of behavior change therapy such as cognitive behavior therapy (CBT).

Ria Health’s program addresses all of these challenges in a comprehensive way. They provide a HIPAA complaint App and Bluetooth breathalyzer to help monitor people’s drinking daily. That way they can actually quantify the impact of the program on the participant’s alcohol consumption.

Ria is a telemedicine service

Because Ria Health is a telemedicine service, it is more convenient and less time-consuming than other types of alcohol treatment programs. It is also more private. Participants are contacted via telephone to determine the goal of treatment:

“Do they want to control their drinking? Do they want to get to the point where they can be social drinkers again—defined as consistent blood alcohol concentrations of below .08? Or do they want abstinence?”

“Some patients do choose abstinence,” Mendelson says, “and the ones who wanted abstinence have gotten there.” Also, the ones who want controlled drinking have had a “pretty good response.” The ones who don’t respond may be on the wrong medication or, perhaps, some were not that motivated to start with. Finally, some people have more severe disease and may need residential treatment.

How does the program work?

Everyone in the program receives a breathalyzer and picks up their medication prescription at a local pharmacy. Before starting the medication, the breathalyzer is used for two to three days in order to obtain some baseline data. That way, “we get objective proof that you are improving.”

Participants are also asked to take “pill photos”—taking a picture of the pill in your hand just before you take it. That way, adherence to the treatment can be ascertained.

Mendelson says that his lab “pioneered this method of automating this particular technology to measure adherence to medications.” And, he says, “it does work. People will take pill photos and pill photos are directly related to whether they take the pills or not.”

If adherence starts trailing off or alcohol levels start going up, Ria Health staff will contact the patient to suggest a change of medication. It turns out, he says, that “there are actually six medications that have adequate phase two evidence, showing decreased days of heavy drinking or decreased heavy drinking days in the medical literature.”

According to Dr. Mendelson, participation in Ria Health costs less per day than a drink at dinner and is covered by major insurance plans. He goes on to say that they are looking for six months of continuous treatment based on the literature.

Ria Health started seeing patients in 2016 and has treated over 1,000 people through it’s evidence-based, at-home program. On average, Ria members see a 75% reduction in their Blood Alcohol Concentration (BAC) levels after 12 months in the program.

Why not just go to AA?

John closed the interview by saying that they are often asked about Alcoholics Anonymous (AA)…why not just go to AA?

“We are big supporters of AA. We think you should go to AA if it works for you…But we offer something on top of AA, that is very useful – that is the suppression of alcohol intake…so you end up with the ability to make the choice to go to AA, to seek abstinence, or just get your life back together and keep moving forward while drinking in a controlled fashion.“

Currently, Ria Health is offered in 12 states across the US and growing. These states include California, Florida, Georgia, New York, New Jersey, Pennsylvania, Texas, Tennessee, Ohio, Virginia, Rhode Island, and Missouri. Click the link to learn more about Ria Health.

**Love our content? Want more information on Alcohol, Substance Abuse, and Addiction?  SIGN UP FOR OUR WEEKLY NEWSLETTER HERE**

This post was first published on April 11, 2017. It has been updated to reflect the current status of the Ria program. The video was filmed in 2017 and so does not reflect all of the new information.

Financial disclosure: The author has no financial relationship with Ria Health.