The Hidden Epidemic of Alcohol Abuse: It’s Time For Doctors to Step Up 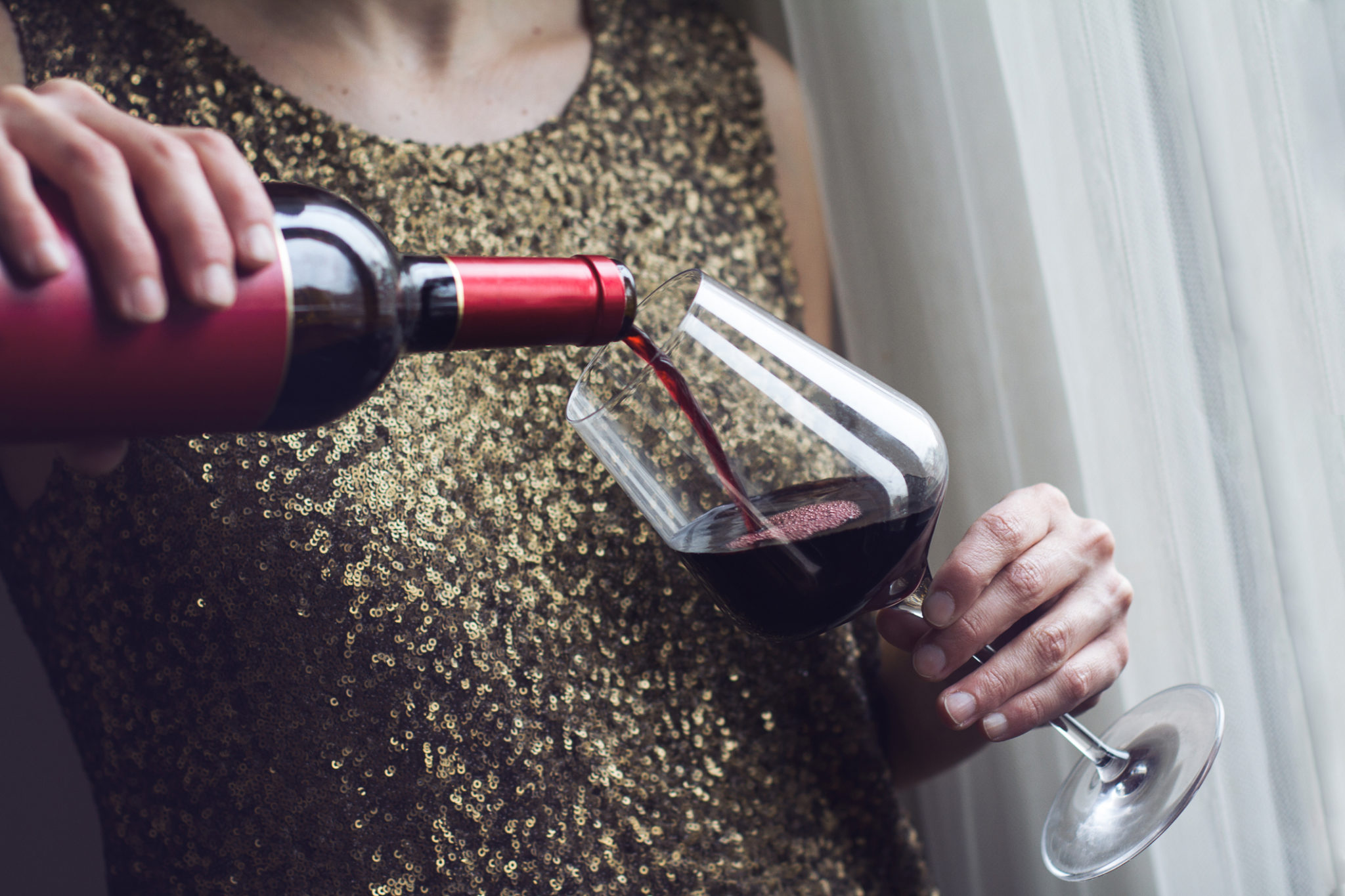 The U.S. is currently in the grips of an invisible epidemic. While opioid addiction has been given much-deserved attention as of late, there is a growing health crisis which is far more common. Quite simply put, the epidemic of alcohol addiction is hidden in plain sight in way too many households across America.

It is time for health professionals nationwide to make a concerted effort to diagnose and treat alcohol use disorder (AUD).

How Serious Is the Problem of Alcohol Addiction?

As of 2015, more than 15 million Americans 18 and older were addicted to alcohol. An astonishing eighty-eight thousand people died from alcohol-related accidents and illnesses every year between 2006 and 2010. In contrast, 33 thousand died from opioid overdoses in 2015.

In fact, excessive alcohol use has become the third leading cause of preventable death in the U.S.

Did you know that alcoholism, now referred to as Alcohol Use Disorder (AUD),

However, because we are so used to alcohol’s presence in our lives, this issue hasn’t set off as many alarm bells as it should. And, unfortunately, medical treatment of AUD has been lagging.

The latest statistics on Alcohol Use Disorder

Data from the past three years paints a stark picture:

In 2016, the Surgeon General identified binge drinking as the most common form of drug use in the United States. Approximately one in four people over age 12 have binged at least once in the last 30 days.

A second study surveyed 40,000 Americans between 2002 and 2012. It found dramatic increases in high-risk drinking and AUD (see table below). This was particularly significant in women, African Americans, Latinos, the elderly, and low-income people 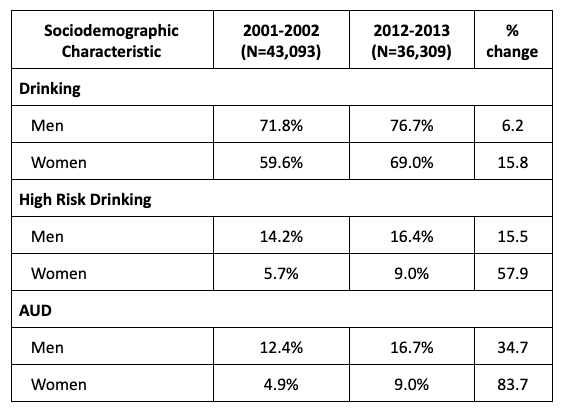 Graph source: supplied by the author

A third report on global alcohol use found it to be the seventh leading factor for death overall, and the top factor for people aged 15-49. According to the report, the more an individual drinks per day—even if it’s just one or two drinks, the higher their risk factor is for a number of diseases. You can see the relationship between risk and the number of drinks in the chart below. 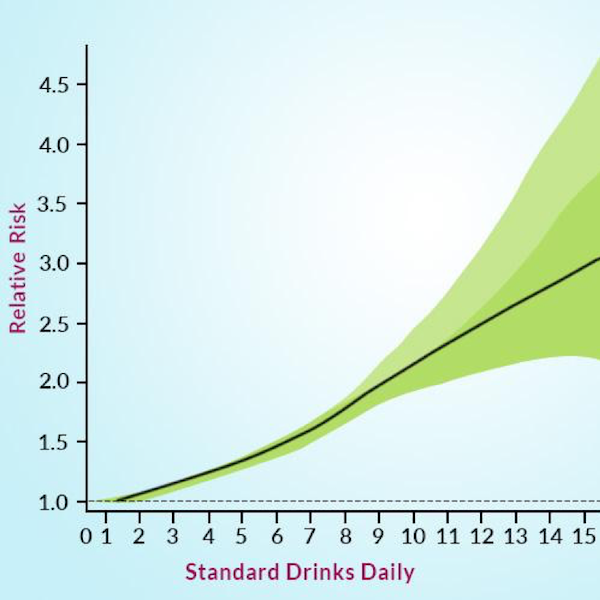 Although Alcohol Use Disorder is common, few seek help

This brings us to a key point. With all of these factors in play and 34 million Americans suffering from Alcohol Use Disorder, only about 7 percent of people will seek help for their addiction.

That leaves a massive number of people struggling with a wide range of severe health consequences, without proper assistance.

There are science-based treatments for Alcohol Use Disorder

Many people might be surprised to learn that there are a number of science-based approaches to treat alcohol addiction. It turns out that the medical community has a lot of tools at its disposal to help curb excessive alcohol use.

Several medications can help with AUD, as can behavioral therapy. Yet most alcohol treatment actually happens outside the medical system.

Only 7 percent of people with AUD actually get help. And those who do mainly use 12-step groups like Alcoholics Anonymous and expensive residential “rehab” facilities. Doctors, it turns out, rarely treat patients for their Alcohol Use Disorder.

What should doctors do to help their patients with Alcohol Use Disorder?

So how can we as physicians do more to identify and treat AUD in our patients, and help solve this growing epidemic?

If a person has a family history of addiction or grew up in an environment where drugs and alcohol were common, they may be more likely to struggle with addiction.

Forty to 70 percent of a person’s risk for developing a substance use disorder is genetic. Further, being raised in a home where parents or other relatives use alcohol increases a child’s chances of trying it at a young age.

People who first use alcohol before age 15 are four times more likely to become addicted at some point in their lives compared to those who have their first drink at age 20 or older.

Paying attention to these factors, and asking about them, can help doctors identify people who may need help.

2. Use the CAGE Screening Test

The following four questions are a quick and useful screening test for a person’s risk of AUD:

If a person answers yes to two or more of these questions, it might be worth investigating whether they are suffering from AUD. If they are, offer assistance.

An intervention doesn’t need to look like the kind of direct group confrontation that we often see in the media. Physicians have a unique opportunity to express concern and offer help by prescribing appropriate medications and pointing patients to support groups.

Creating an open dialogue can do a lot to reduce the stigma of AUD and help people access the care they need. Addiction to alcohol or drugs is a chronic but treatable condition that requires medical intervention, not moral judgment.

There are a number of FDA-approved medications and treatments available for AUD. They include

And there are more on the way.

Any doctor who isn’t comfortable prescribing these medications can always seek the help of a qualified substance abuse specialist.

Some new, novel solutions to treatment are also being developed. Oneof them is an  innovative, telemedicine-based approach offered by Ria Health (formerly DxRx). Ria’s program uses a smartphone app to give patients remote access to medications and counseling.

That way, they can reduce their alcohol intake without disrupting their daily lives. A mobile breathalyzer is used to track their progress. Regular video meetings with professional addiction coaches for support are also provided.

This program has shown itself effective in initial results. On average, Ria members reduce their drinking by 70 percent within the first six months. Telemedicine programs like Ria give doctors and patients valuable new tools for dealing with the alcohol addiction crisis. They also eliminate the need to travel to rehab facilities and meetings in order to receive help.

Overall, the rates of alcohol addiction in the U.S. have been increasing at an alarming rate, without a corresponding increase in treatment and national discussion. The good news is that doctors now have a number of tools at their disposal to help meet this crisis.

By raising awareness, both in the public and in the medical community, we can

It is time for us to shift our perspective as a nation and begin treating alcohol addiction. Ask yourselves this question:

Do your patients fit any of these criteria? If so, what can you do as a provider?

Table source: supplied by the author

Dr.John Mendelson is an internist specializing in addiction treatment and research. He co-founded Ria Health to make evidence-based alcohol addiction treatment more accessible to the public through telemedicine. Daisy Young is a fourth-year student at Touro University Medical School. She plans to specialize in cardiology.