A Spoonful of Empathy Helps the Medicine Go Down 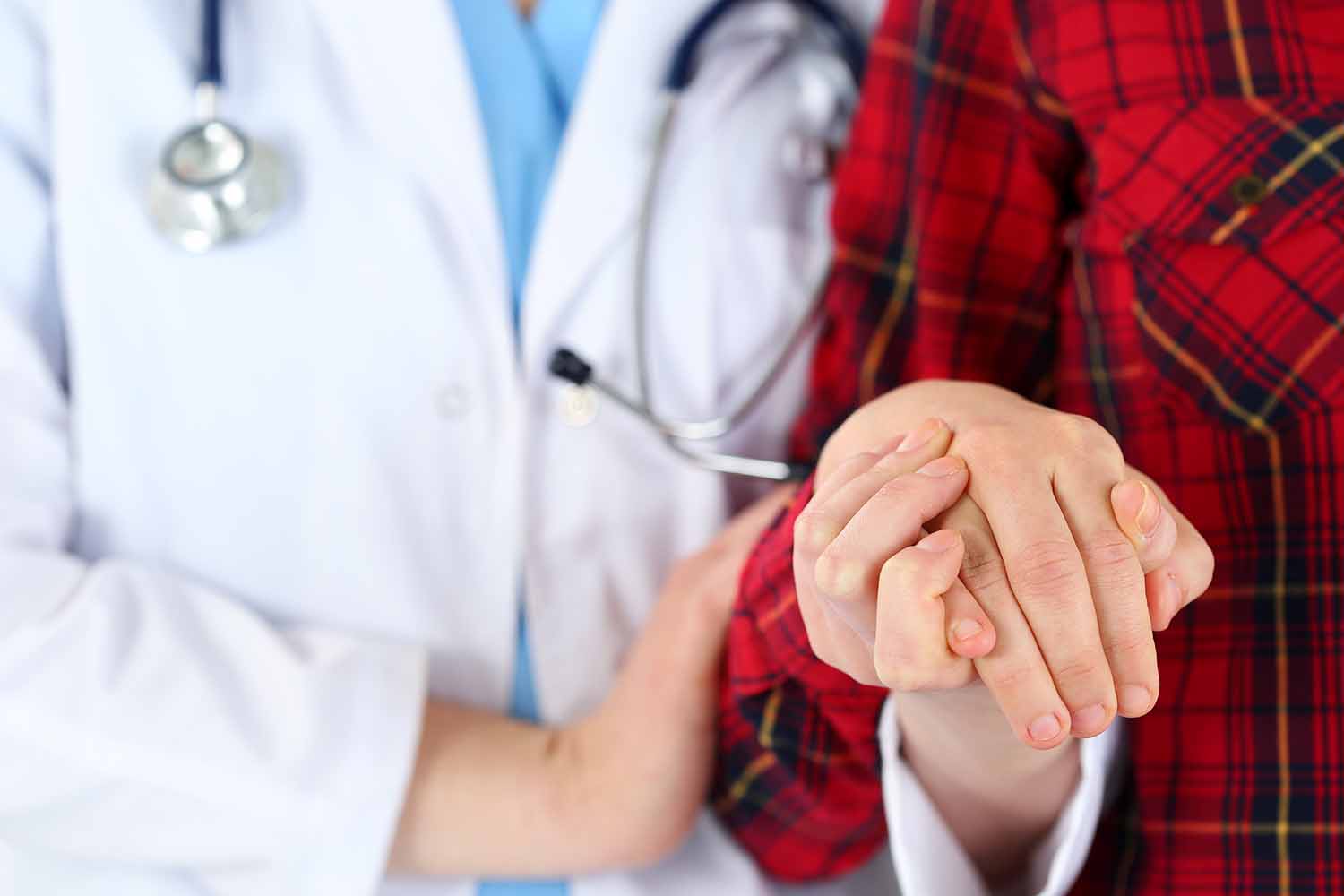 A review of twenty-eight trials published in the Journal of the Royal Society of Medicine last month quantifies what many doctors already knew: communicating empathy and positivity improves a range of patient outcomes.

Two true stories motivated me to do a lead review. Archie Cochrane relates the first. He was a doctor in a prisoner-of-war camp during World War II. One night the Germans dumped a young Soviet prisoner in his ward. The soldier was badly wounded and had pleurisy (holes in his lungs). He was screaming. Cochrane didn’t want to wake up the other prisoners, so he took him to his private room. He had no morphine, just aspirin, which wasn’t working. He felt desperate, and he knew very little Russian and there was no one in the ward who did. He finally instinctively sat down on the bed and took the soldier in his arms. The screaming stopped and the prisoner died peacefully in Cochrane’s arms shortly after. It wasn’t the pleurisy that caused the screaming—it was loneliness. Cochrane instinctively understood what was needed, and did something about it.

A more recent story involved my late friend and colleague George Lewith. Lewith was a doctor who was known for being kind and optimistic with his patients. In the early 1980s Lewith’s colleague Bruce Thomas said positivity might give patients a good feeling, but it didn’t have any health benefits. In response, Lewith challenged Thomas to do a trial comparing his encouraging style with Thomas’s (apparently sometimes grumpy) style. Thomas accepted, hoping to prove that Lewith was wrong.

To prepare the trial, Thomas took a stack of cards and wrote “positive” on half of them and “negative” on the other half. (Being positive is part of being empathic, as long as you don’t lie—even patients with serious illness want to be told the truth and they want to be offered hope.) He shuffled the cards and put them in a drawer beside his desk. As patients came to visit, he first checked to see whether they had a life-threatening illness that needed ra eferral to a specialist or an ambulance. If they did, he referred them or called an ambulance. Otherwise, he drew a card from the drawer.

There were problems with the trial, especially the lack of blinding. Since Thomas knew which patients got the positive consultations, this could have influenced the results. But in the years since Thomas’s study, dozens of higher quality studies have been done with many different kinds of outcomes, and it has become difficult to doubt the results.

Our systemic review and meta-analysis

Our recent mega-study with twelve randomized trials confirmed that doctors who use positive language reduce patient pain by a similar amount to drugs. Other trials show that positive messages have numerous benefits, ranging from helping Parkinson’s patients move their hands faster and increasing “peak flow” (a measure of how much air is breathed) in asthma patients, to reducing the amount of pain medication patients use.

To be sure, even positive messages can be bad if overdone. Some serious illnesses don’t get better, so telling patients with these illnesses they will get better is a lie. However, even in these cases, patients like to be offered hope. In fact, palliative care doctors who work with dying patients emphasize how important it is to communicate in an honest yet hopeful way. This means being honest about the disease and at the same time helping them plan for the things that they can accomplish, such as a last visit with their grandchildren.

Our review suggests Cochrane’s and Lewith’s communication experiences aren’t just the stuff of stories. Empathic and positive communication seems to improve conditions ranging from lung function and length of hospital stay, to pain, patient satisfaction, and quality of life. From related research, we also understand more and more about how positive empathic communication works. First, you need empathy to make the right diagnosis. Without it, patients may not share symptoms, especially embarrassing ones. Next, an empathic practitioner will help put a patient at ease and reduce their stress. Dozens of trials suggest that relaxation reduces pain, depression, and anxiety, and even lowers the risk of heart disease. Also, being positive activates the patient’s brain in such a way that the patient makes his or her own pain-killing endorphins.

Our review had some limitations. For example, the studies in the review were small, and blinding is hard to achieve, since doctors know if they have been trained to provide additional empathy. The effect was also small: for example, empathic and positive communication reduced pain by an average of half a point on a ten-point scale. Nonetheless, this small effect is important, especially if we take harms and drug options into account. Many commonly used over-the-counter drugs, on the other hand, barely outperform placebos for back pain, cancer pain, and many chronic conditions, yet they can have serious side effects. By contrast, a key finding of the study was that positive empathic communication does not seem to harm patients.

We are beginning to understand more and more about how empathic positive communication works. First, you need empathy to make the right diagnosis. If you don’t understand what is really wrong with the patient, then you can’t make the right diagnosis. Also, an empathic practitioner probably helps put patients at ease and reduce their stress. Relaxation has been shown in many other studies to reduce pain and depression and have a generally positive effect on health. The way a positive message seems to help is biological. When a patient anticipates a good thing happening (such as when the doctor says something positive or hopeful), this activates parts of the brain that help the body make its own drugs, like endorphins.

Oxford philosopher and medical researcher, Dr. Jeremy Howick has conducted groundbreaking studies about placebos and why we need unbiased experiments. He has degrees from Dartmouth College, the London School of Economics, and the University of Oxford. He has more than eighty academic publications in top journals such as the British Medical Journal, Annals of Internal Medicine, and The Lancet. His textbook The Philosophy of Evidence-Based Medicine spearheaded a new sub-discipline. He collaborates about placebo treatments and the need for rigorous evidence with the National Institutes of Health in the United States, the National Institutes of Health Research in the United Kingdom, the Canadian Institutes of Health Research in Canada, and Harvard University. He has won three teaching awards, appears regularly on television, and has written for the Times, the Huffington Post, and The Conversation. He recently published a mega-study of the health benefits of empathy and positive thinking. He has written about his research for non-academics in his most recent book, Doctor You.