7 All Natural Ways to Treat ADHD 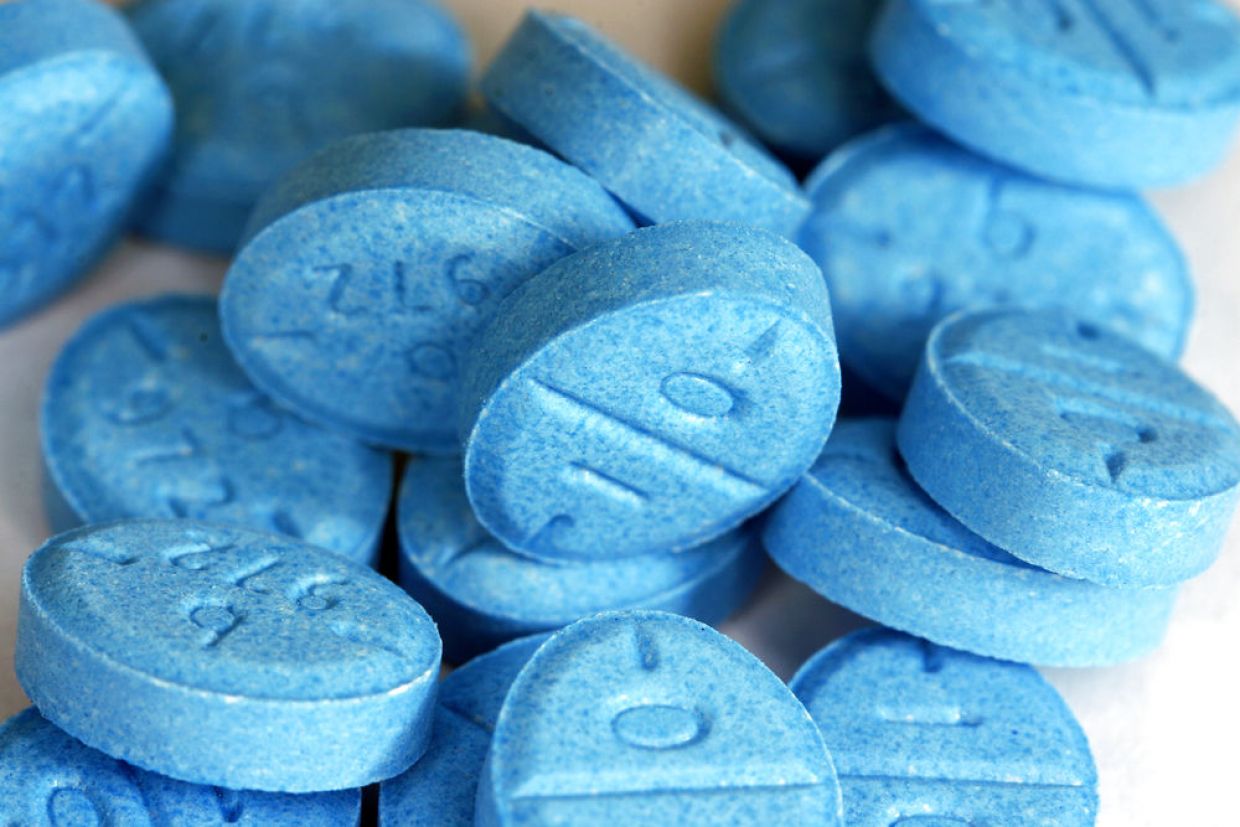 Can you treat ADHD without drugs? Is it possible? Is it useful and effective?

We spoke to a mother of an ADHD child. She described their horrifying life with ADHD issues as well as the side effects caused by ADHD drugs and she told us about a method that helped her son overcome ADHD, freeing him from ADHD pills.

“Walking on broken glass, fearing the next violent act wrecking our lovely home, not knowing when my son would burst again. It drove me to desperation…

Medication followed, to keep my son under control. But, apart from the angry episodes powered by intense frustration, my son was a happy boy with a bubbly personality. The medication worked, but it changed him. He confided in me one morning that because of the medication he no longer felt the same… ‘Mum I feel like I have lost the best bits of my personality.’ I’d studied psychology and deep down I knew he was right. My son had become a ghost of his former lively self…”

Attention deficit hyperactivity disorder is a group of symptoms that includes the inability to pay sustained attention to tasks, impulsiveness, and disorganized work habits. Those diagnosed with ADHD are at greater risk of developing depression or anxiety, drug abuse, and behavioral problems.

Medications are the go-to method for the medical institution to treat ADHD and they are considered to be highly effective. These can help a lot, but they also come with the potential price of developing side effects including constipation, headaches, difficulty breathing or swallowing, dizziness, drowsiness, moodiness, fast or irregular heartbeat, fever, seizures, sleeping issues or weight gain. Some people feel fine with the medication, whilst others cannot cope or function on it.

In recent years, the number of children being treated with prescription medication for attention deficit hyperactivity disorder has grown dramatically. This trend has led to concern among some doctors, parents and child advocates that many children are taking ADHD medication unnecessarily. Some of those who are taking medication for ADHD may do as well or better with alternative treatments, including dietary and behavioral therapies that have fewer or no side effects.

Michele Blatchford specializes in hypnotherapy and teaches people how to move their energy blocks by meditation in order to calm the mind, balance the emotions, and bring their physical bodies into balance. She decided to move away from traditional medicine due to her personal experience with medications. She wanted to try a more alternative and holistic approach. It was also her mother, a cancer sufferer, who sparked her interest into researching natural methods to treat diseases.

Michele’s son, Devlin, was diagnosed with ADHD at the age of 12. Before being diagnosed, the family suffered from his uncontrollable outbursts of violence and disruptive behavior day by day for at least four years. “We had problems controlling him,” said Michele. “He destroyed lots of things at home. It started from small issues and ended in smashing up things, breaking windows, kicking doors and worse. There was absolutely nothing we could do to bring him out once he got into that state. It was really awful for him too, as he didn’t have control over his own behavior and felt really bad after. When my son was out of control, to see him being like that and knowing there was nothing I could do made me feel terrible and [it was] scary.” Michelle was terrified and paralyzed with fear.

Doctors prescribed medications that were supposed to help with concentration, anxiety, and anger management. After four weeks of taking these pills, his behavior changed. Prescribed medications made him incredibly sleepy, causing side effects that both Michele and Devlin were hoping to avoid. From the moment he started taking the pills, he was constantly tired and didn’t have the energy he’d had before. He didn’t do well in school or at home, he couldn’t concentrate on tasks. Although his behavior was tempered by medications, the energetic 12-year-old boy changed into a sleepy and tired child. “We couldn’t recognize him anymore,” said Michele, “It wasn’t our happy, energetic Devlin anymore. It was a sad and extremely quiet child.”

Six months after he started taking ADHD medication, Devlin became a shadow of his former self.

One day he decided to stop taking these drugs. The side effects were too much for him and the effectiveness of the medications was far from his expectations. “I remember Devlin came to me one sunny afternoon when I was cooking the dinner,” said Michele. “He told me the words I would never forget; ‘Mom, these medications are taking away the bits of me I am most proud of. I don’t want my best bits to be taken away with medications.”

These heartbreaking words made me stop giving him these meditations instantly. I was shaken and scared. I held my son and said that we will not use them and I will do my best to find a better solution. Michele immediately looked for an alternative health therapy for her son because the moment he stopped taking the pills, the violent behavior and all the problems they’d had before returned. Family life was hell again.

Then, finally, “I was introduced to therapy music by chance,” said Michele. “It was a brainwave changing alpha therapy music that my friend gave me hoping it would help me during these emotional moments I was going through. It appeared this music changed our life completely. At first, I just wanted to try it and test this for few days. However, it ended up being with us for over ten years.

We had amazing results from playing this music. Devlin’s concentration improved drastically. He wasn’t able to sit still and concentrate in the past. He was always angry and frustrated. His anxiety level was very high. Once this brainwaves music has been played in the background during homework or exam revisions, he could concentrate on tasks, consume the knowledge and did pretty well in the classes. Brainwaves changing music played in the background allowed him to focus and improved his concentration, at first from 5 minutes to 20 minutes and then to an hour and more. The more we played it, the more he could concentrate. It transformed everything really. He calmed down and managed to control his anger. We succeeded in freeing him from medications that caused him bad moods and side effects. Devlin is now 23, has passed his exams with high grades and found a good job. He hasn’t got any concentration problems, anger problems and he has had no medications since. His energy that was taken away with the medications came back.

Once the alpha track was played in the background it also helped me as a mother. It was scary to see my son behaving so violently and smashing things. The music helped me with feeling powerless and it also calmed me down, so I didn’t take this so personally or fall into depression. I would really encourage parents to try natural methods first to help children dealing with hyperactivity or ADHD issues. Although medications can work short term, the sides effects they can cause to children may change their lives and have a negative impact on their future.”

Dr. Richard Gallagher, a clinical psychologist and Director of the Parenting Institute at the New York University (NYU) Child Study Center, encourages parents to try other methods while they look into the risks and benefits of medications.

You can learn more about the therapeutic use of brainwave entraining music here.

Other useful tips to deal with ADHD issues naturally

Although the relationship between specific elements of diet and ADHD behaviors still requires more research, a systematic review of the scientific literature found that elimination diets (eliminating one or more food types from the diet and looking for improvements in behavior) and fish oil supplementation seem to be the most promising dietary interventions for a reduction in ADHD symptoms in children. The Harvard Mental Health Letter also reviewed of the impact of diet on ADHD and noted that several studies “have renewed interest in whether certain foods and additives might affect particular symptoms in a subset of children with ADHD.” They concluded,

“A healthful diet may reduce symptoms of ADHD by reducing exposure to artificial colors and additives and improving intake of omega-3 fats and micronutrients. But it certainly will improve overall health and nutrition, and set the stage for a lifetime of good health.”

A healthy diet, such as the Mediterranean diet, is well balanced with plenty of fresh fruits and vegetables, ample protein from non-red meat sources, particularly seafood rich in omega-3 fatty acids and nuts, such as walnuts and almonds.

Children with ADHD need structure, consistency, clear communication, and rewards. For example, create goals for your child and reward them if they manage to achieve them. Follow daily routines. Modify the routine from time to time. Try speaking with a professional therapist to get further advice on how to engage your child in behavioral treatment.

Getting enough sleep is good for the brain and may help with ADHD symptoms.

Encourage your child to exercise. There are lots of available exercises – football, tennis, karate, yoga, dance, fitness, and running, to list just a few. These activities will help them express their hidden energy and anger and stop them from getting bored.

Children get into trouble because they are unable to articulate their feelings or frustration. Learn and teach them how to put their feelings into words. Lower the amount of time children spend in front of a television and digital devices. Encourage them to socialize in the real world so they can learn how to easily speak with other people. Remember that you are the boss, so don’t let them overrule you.

Mindfulness meditation is calming and may be helpful in reducing symptoms of ADHD. Although more research is needed, some studies have documented improvements in attention skills in adolescents, as well as adults with ADHD.

And last but not least – take care of yourself so you have the power and energy to keep up with your child. Take a hot bath, relax, go to the gym or spa, cook delicious meals for your family, encourage your partner and child to engage in some of these activities with you.

John Levine is an author and composer of successful brainwaves music compositions. His Alphamusic has been used around the world by thousands of insomnia, stress, ADHD, depression, and other conditions sufferers. It has been used and recommended by many professionals including Patrick Holford, health and nutrition expert. John studied classical music academically, graduating from Sydney University with a prestigious Bachelors of Music (Composition) degree. As an acclaimed composer and musician, John is not only professionally trained and recognised within the music industry, he has also spearheaded the latest revival of music as a natural remedy. Find more information and listen to the free samples of John's brainwaves music compositions at www.silenceofmusic.com.